LEGO minifigures seem to have infested our everyday life. They find their way into our pockets, our desks, and our LEGO cities. We collect them, play with them, and take pictures of them. However, I can’t help but feel that there is a group not getting the love it deserves: LEGO Big Figs.

True, they are not as flexible as LEGO minifigures. You can’t just take off the torso or the legs and mix & match. They’re harder to pose, since usually only the arms are movable. They look like outsiders in our cities, because we generally build on a minifigure scale – or smaller.

Yet that scale change is sometimes exactly what we need. Whether you’re taking a dramatic picture, planning an attack in your city, or just re-creating your favorite scene from a movie, having a LEGO big fig around can be pretty handy. 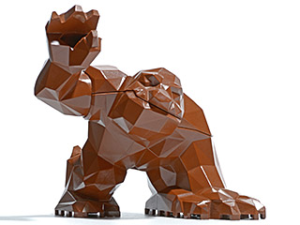 While LEGO big figs like the Hulk, Gorilla Grodd and Jabba the Hutt are among the more popular ones, they weren’t the first big figures LEGO released. In fact, the first one dates back to 1999, when a Rock Monster appeared in two Rock Raiders sets: 4950 Loader-Dozer and 4990 Rock Raiders HQ. It looked very different than the big figs we know today, with one of his hand on the  ground and one in the air, ready to smash something. 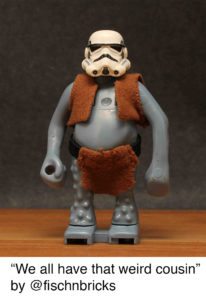 A few years later in 2002, a year after the first LEGO Harry Potter sets were released, we got our very own “Troooollll! In the dungeon!”. Personally, I love how it portrays the real (!) troll in the film. Even though the printing of the very first Harry Potter figures do not look as good as the newer ones (some of them are downright scary!), the troll’s face beautifully replicates the idiotic expression from the film. Unlike the Rock Monster, which is a single mould figure, the Harry Potter Troll is one of the few big figures with an interchangeable minifigure head. Now, imagine how much fun you can have with that!!

In 2003, we got our very first Jabba the Hutt. Honestly, at that point he looked more like a snail who lost his shell, but even without the printed details the newer version has, it was still incredibly detailed and portrayed the character really well. The part design of the two Jabbas have significant differences. If you try to take them apart, the older one tends to lose just his tail, while the poor new Jabba gets split in half.

But before we move on to the more popular (and usually licensed) LEGO Big Figs, there are two more groups I’d like to mention first.

In 2008 and 2009, one of the oldest LEGO themes, the Castle theme, encountered some trolls. There were five in total, and although their mold was the same, they all had small differences between them, whether it was the color of their skin or their armor. Their posture was different than the recent big figs’, their head being in front of their torso rather than on top of it.  The rest, however, like the positioning of their feet and the movability of their arms and hands, were very similar. It almost feels like they were rough sketches of the ones we know today.

The second group appeared in 2009 and 2010, in the Power Miners theme. They, too, had a “heads not on top” design, and consisted of three parts, the body and two arms (excluding the accessories). While they each had their own name, the generic name for them was also Rock Monster, like the very first LEGO big fig. They were the first (and so far, the only) big figures to have transparent parts. 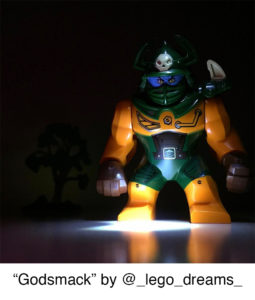 Starting with the Wampa’s release in 2010, the big figs mostly appeared in licensed themes, and usually in either the Star Wars universe or the Marvel/DC universe. There were, of course, a few other themes as well. The Cave Troll from the Lord of the Rings, the Goblin King from the Hobbit, Maui from Disney’s Moana, and most recently Winston from Overwatch are the licensed big figs, while Mungus (Legends of Chima), Dogshank and Killow (both Ninjago) are from the LEGO Group’s own themes. 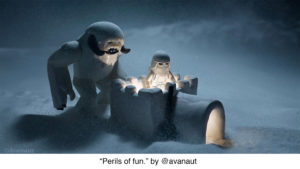 There are three big figures that makes me ask that question. The Wampa and the Rancor from the Star Wars universe and Lotso from Toy Story. The body design of the Wampa is very similar to the more humanoid characters, I see it as a figure rather than animal. The design of the Rancor is pretty unique, and so is Lotso’s, and yes, they’re all animals. But Lotso is one of the main characters in Toy Story 3, and from what I remember, a pretty clever one. So if we were to say “The Wampa and the Rancor don’t count as figures, because they’re not as intelligent as humans”, shouldn’t Lotso be excluded, regardless of his 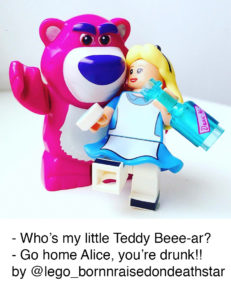 animal origin? If so, shouldn’t Gorilla Grodd be in the animal category, even though he is apparently more intelligent than us?

Of course this also depends on who you ask or where you look. If when you search for “big figure” on Bricklink, you get 39 figures, including the Wampa and the Rancor. Brickset, however, does not include those two along with the first Rock Monster. If you look at Brickipedia, you’ll find Lotso included in the Big Figure article, with a whole new one: Spider Bytez from Teenage Mutant Ninja Turtles. While I don’t have him, the image clearly shows it’s larger than a regular minifigure – but is that enough to count it as a big fig?

And then there are those who’s neither here nor there. Take Axl from Nexo Knights. Is he a minifigure? Well, not really. Is he a big figure? Not quite. Same can be said for Fishface and Dogpound from TMNT. And then there’s this year’s Ice Cream Cone and Chocolate Bar from the LEGO Movie 2, which also count as… minifigures? Now I’m really confused… 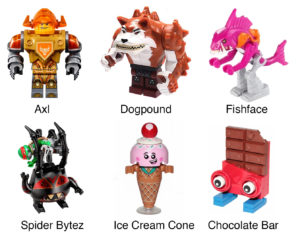 Other Appearances of LEGO Big Figs

While we only have a handful of physical big figures, there are more than 100 of them appearing in LEGO videogames. Some of them we already know in physical form, like Thanos, Bane and the Wampa (who is a playable character just like the others), but mostly they’re brand new and only exist on a virtual platform. Kilowog from Batman 3: Beyond Gotham, Bert the Troll from the Hobbit, and Juggernaut from Marvel Superheroes are a few examples of these virtual big figs. However, my own favorite has to be the Excelsior Hulk – which is actually Stan Lee in Hulk form! 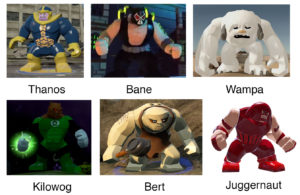 Are we done yet? 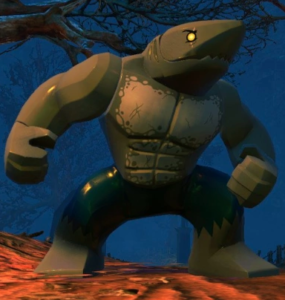 Yes, yes we are. Our little history of LEGO big figs is over, even though it may have given us a headache, thinking about who counts as a big figure and why. It does raise another question, though. Which characters would you like to see as big figures? Personally, I’d love to have a shark-headed King Shark, especially after seeing his appearance in the Flash TV series a few weeks ago. He looks pretty cool in the LEGO DC Super Villains game!

Images taken from Bricklink & Brickipedia. The photographs belong to the mentioned artists and taken from Instagram.