However, LEGO has changed up a few of the other minifigures from the Star Wars advent calendar, and that’s what I am focusing on.

The 2011 LEGO Star Wars advent calendar only had two holiday themed offerings. One was a Santa, the other was a buildable Christmas tree, which was quite generic. In all, as a Star Wars holiday set, it was slightly disappointing. 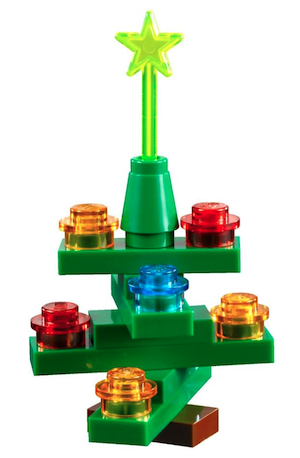 The 2012 LEGO Star Wars advent calendar included the first alternate holiday non-Santa minifigure. It was a snowman R2-D2, which I have come to call Snow2-D2. This Artoo unit is completely white, but with features in grey. For the eye sensor, he has what appears to be a nugget of coal, and for the articulating arms on his torso there are two carrots. He comes with a Frosty the Snowman appropriate top hat. This is one of my favorite of the holiday minifigures. 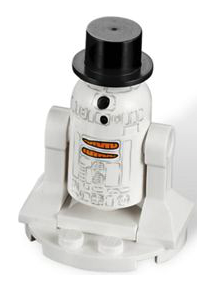 The 2013 LEGO Star Wars advent calendar only included a new Santa, but for him there was a brick built jetpack powered sleigh. Appropriate. It was at this point that I stopped buying the Star Wars advent calendars. I had become disappointed in the mini-builds themselves, and could pick up the minifigures I wanted on a secondary market for less than the cost of the advent calendar itself. Still, I liked the holiday theme and was eager to see what LEGO came up with each year. 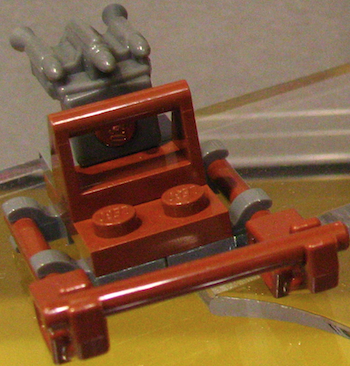 The 2014 LEGO Star Wars advent calendar contained two holiday themed minifigures, aside from the new Santa. First was a Festive Trooper, a stormtrooper sporting a Santa hat and a mug of the Star Wars version of hot chocolate. The second figure was most creative. Returning to the 2012 idea, this was a new astromech. It was a Christmas tree Artoo unit! I call him Tree2-D2. T2D2 was entirely green, with a pointed cone for a head. The features on his torso are silver and dark green, but on his head there are red ball ornaments and the suggestion of tree limbs around his eye sensors. Above that are a few trans bricks for a star. 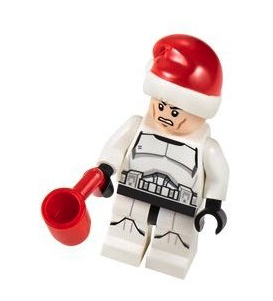 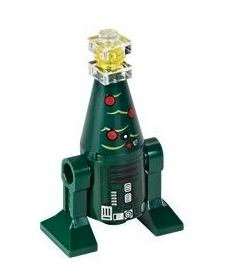 For the 2015 LEGO Star Wars advent calendar, LEGO gave fans another new Santa, and a Reindeer Artoo Detoo. This was a somewhat disappointing minifigure as the Artoo Detoo was the standard print and figure, albeit with custom molded antlers. After two highly creative -D2s from past calendars, this was a let down. 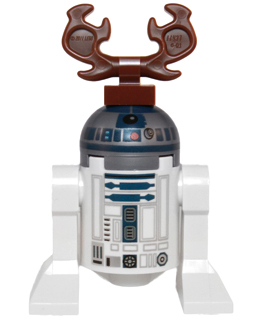 In 2016, the LEGO Star Wars advent calendar had a few wonderful little builds and a fantastic minifigure. The first great build was a little snowman with an Imperial helmet. I got to calling it the Imperial Snowman. Second was a cool little sleigh and ice skates, I presume for the crown jewel of this advent calendar. This year we got an alternate Chewbacca. He was all white, and his bandoleer was red and green as a festive variant to his usual steel and leather bandoleer. I immediately called him Snowbacca and he is my second favorite Chewie minifigure just after the currently updated Chewie. 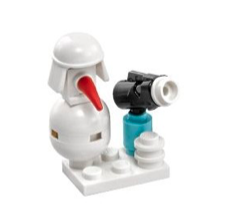 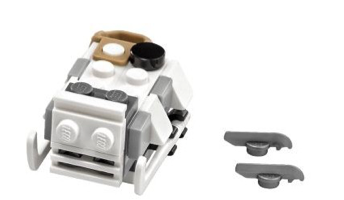 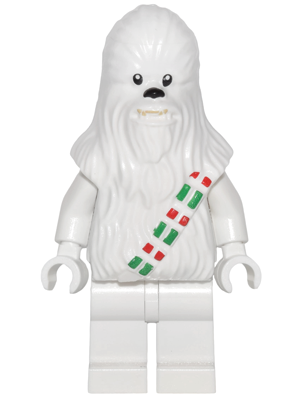 The LEGO Star Wars advent calendar for 2017 was another down year in my opinion. It only had one holiday themed item, besides the Santa, and that was a First Order trooper with a snowblower, but I don’t really consider that a holiday variant. That is simply a Snowtrooper and a snowblower. Shrug. 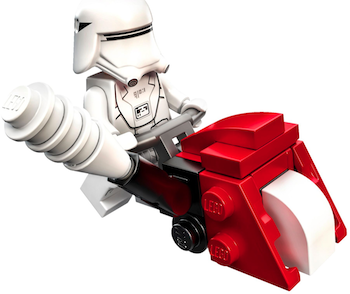 The LEGO Star Wars advent calendar for 2018 was a return to 2016 in a few ways. First, it had a Rebel snowman and a holiday moisture ‘vaporator. The Rebel Snowman was a bit more elaborate than the previous Imperial snowman. For starters, it had arms and a face where the Imperial snowman had neither (only a carrot nose). I guess the Rebels are better snowman builders. And then, the holiday moisture ‘vaporator is an inspired choice. Designed exactly like other LEGO moisture ‘vaporators, it is instead green with a trans yellow star at the top. I simply love this build! If LEGO ever gets around to releasing minifigure scale set of the Lars homestead, perhaps this ‘vaporator would be Owen’s idea of a Christmas tree. Poor Luke, but then I suppose there wouldn’t be many fir trees on Tatooine to begin with! 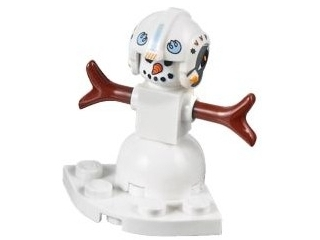 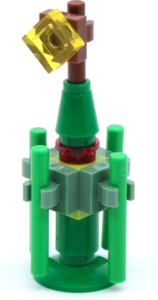 Finally we come to this year, and if you want to avoid spoilers, I would stop reading. Still here? OK. For the 2019 LEGO Star Wars advent calendar, we get one exquisite little build. The best advent build one by far (in my humble opinion) is the GONK! droid. This little guy, far from being his normal brown (rusty) or grey self is a festive variant for the holidays. The GONK! droid is red and green and styled like an adorable little package, complete with bow on top. I absolutely must build this guy, and the good news is he has no custom parts, so it should be possible to build my own with the bricks I have in my collection. In fact, I may do so after I finish writing this article! 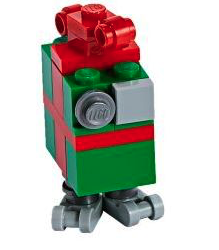 Since 2011, LEGO Star Wars fans have received nine advent calendars, and LEGO will most likely keep producing them into the future. I cannot wait to see what holiday themed builds and minifigures we receive in said calendars. I only hope that the creative nature of the builds and figures increases, as you can read, I have been slightly disappointed a few years. Do not mistake me, though, I think the advent calendars are great parts collections and a cool way to get a few minifigures. Overall, my disappointment comes from the seeming lack of holiday specific builds and minifigures. I would rather see a few more like the GONK! or moisture vaporator or the snowmen, that’s all.

So tell me, have you been excited about the LEGO Star Wars advent calendars? Do you buy one every year? Which builds were your favorites over the years? Leave a comment and let us know!

After all, however you build your LEGO holiday, I look forward to what we can build together!