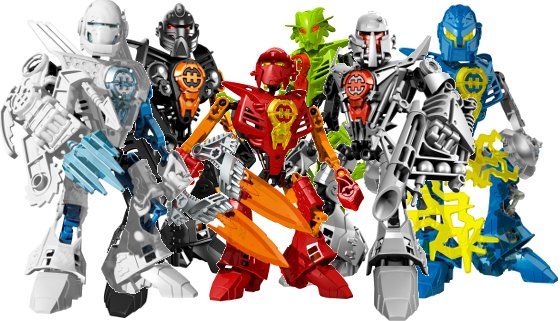 Constraction is a portmanteau, that is, a combining of two words: construction and action (figure). The LEGO Constraction figures are larger, more action figure-like LEGO figures. There is nothing mini about them. Most stand 10-12 inches tall, and are proportionally large. LEGO constraction figures began with Hero Factory in 2011. Next came a few superheroes: Batman (and the Joker) Iron Man, Hulk, Capitan America and Green Lantern. LEGO released these in 2012. Two years later, in 2013-14, another 13 constraction figures were released, this time from the Legends of Chima theme.

It wasn’t until 2015 that Star Wars constraction figures hit the shelves.

In September, Jango Fett and Commander Cody were the first two Star Wars constraction figures released. They were followed shortly by Darth Vader, General Grievous, Clone Wars-era Obi-Wan Kenobi and Return of the Jedi Luke Skywalker. In 2016, LEGO released six from The Force Awakens and three from Rogue One, including Jyn Erso, Rey, and K-2S0. Finally, in 2017, a few more Rogue One constraction figures were released along with some from the Last Jedi including Chewbacca and a second Rey.

2017 also saw a constraction figure and vehicle combo pack in the form of a scout trooper and speeder bike. Finally, in 2018 as the theme ended, LEGO gave fans Darth Maul, Boba Fett, and a new Darth Vader, among others. It was rumored that, had the theme continued, another figure and vehicle would have been released in the form of a 501st Trooper and an AT-RT walker. Sadly, that never materialized.

Each Star Wars constraction figure is based around a central torso. Off of that, arms and legs are built that are largely the same, figure to figure. Variation is built from the arm and leg panels, various greebles, and uniquely molded heads. The tallest of them are Chewbacca, K-2S0, and General Greivous. Lightsabers are a single trans beam. Blasters are usually a single molded piece that includes space for a flick-fire missile and launcher. The speeder bike is proportionally huge, standing 5 inches tall and spanning almost 17 inches front to back.

I am a toy photographer, and got my start when I was young photographing an old LEGO Technic figure. They have been written about on this blog, so I won’t say much, but I enjoyed the heck out of that larger-than-mini figure. It was a cyborg, and while the photos were terrible, I was hooked. Much later, with a better camera and a host of minifigures at my fingertips, I took several hundred photos of them. Then came the constraction figures and I was excited. I bought 10 of them over the years that they were available, and want to buy a few more from secondary markets.

I love the size of the constraction figure. Often photographing minifigures puts me belly-down on the ground, or bending awkwardly, or building a set on a table. Minifigures can be lost in tall grass, and frequently blow over in a breeze. Standing tall, the constraction figures are more like photographing an actual action figure, though one even larger than a 12th-scale figure. The camera has more figure to work with and more details come out. Most minifigure photos end up being macros, which are great, but getting bigger allows for a larger scope of picture. Constractions are also heavier, allowing for a more robust experience.

Second, I love the posing possibilities. A minifigure only has so much articulation. A constraction figure has many points of articulation. Conveying emotion and action through posing becomes an art rather than a limitation. I am not against limitation, in fact the challenge is why I love photographing minifigures, but sometimes it is nice to have a figure that can reach to the side or do more than simply sit or stand.

Third, I love the ability to customize. While you can do that in spades to a minifigure with the accessories available, you can switch armor or add on to a constraction figure with System or Technic pieces to build weapons, or other accessories as needed. That opens so many doors that simply aren’t available to a minifigure that needs a specially molded accessory (usually).

What’s to Not Love

For all their high points, there are a few lows to the constraction theme.

First, the hands are molded Technic pieces. You can connect anything Technic to them through a pin, but they don’t hold things, per se. They always look like a closed fist as well, so there is no ability to point or room for fingers. I may eventually look to build an actual hand because this is such a visual drawback.

Next, they all look very much alike. The arm and leg pieces are all molded on a similar aesthetic, with only a difference of color or paint. This makes Boba Fett’s silhouette look much the same as that of a stormtrooper or Rey or Finn. Only Vader, who has more imposing armor pieces, or Grievous with his four arms, look any different. Chewbacca is even largely the same, except for his height and the fact that his head is a different mold.

Lastly, lack of official vehicles. I would have liked Jedi Luke to maybe have come with a speeder bike (or an Endor cape, even). Obi-Wan Kenobi could have had a lizard mount like he does in Revenge of the Sith. Perhaps if the line had lasted longer, more would have been available.

The LEGO constraction figures stand tall as a foray by LEGO into something different. They are not System minifigures, nor are they, strictly speaking, Technic figures. They are built, molded, and a bit more. I like that LEGO took the chance and kept the line alive as long as they did. LEGO fans received a wide variety of figures from all the Star Wars films that were available at the time, including Solo: A Star Wars Story (Han Solo and some troopers). The super hero figures are interesting in their own right, though a bit simplistic and smaller than the Star Wars figures. The Legend of Chima figures are wild and visually striking.

What do you think of the LEGO constraction figures? Should they have kept going, perhaps with different themes being represented? Should we have gotten more vehicles? Do you have any of them that you enjoy? Please leave a comment below telling us here at minifigures.com your thoughts.

However you build, whether with minifigures or constraction figures, I look forward to what we can build together!