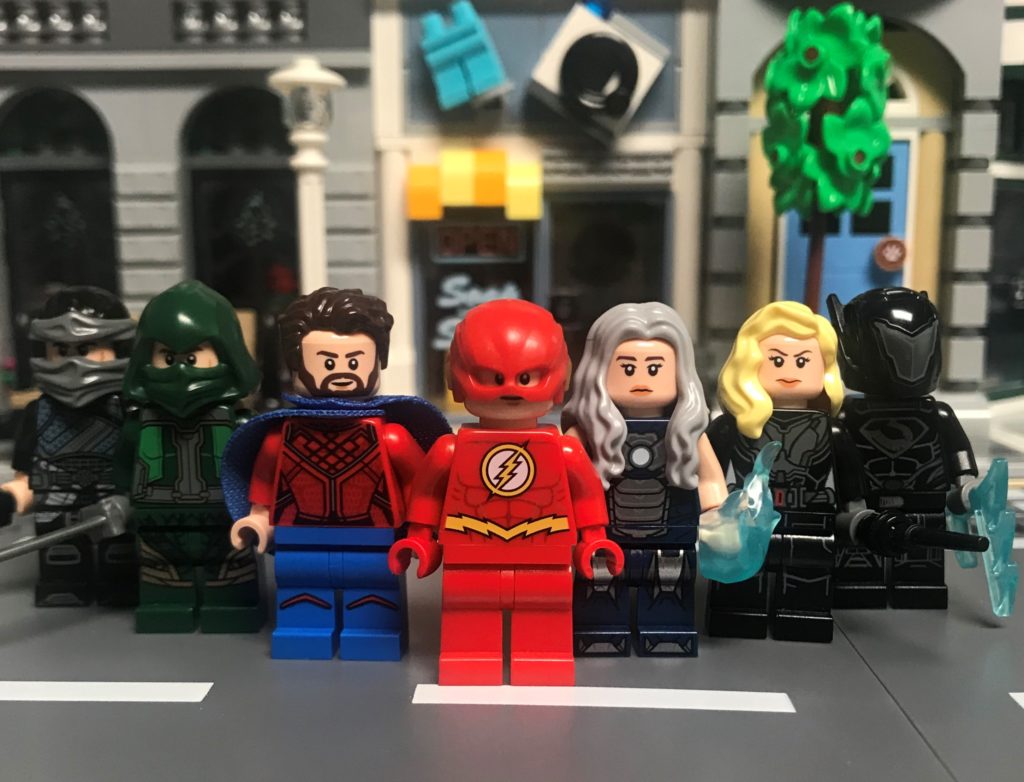 Hello all and welcome to another edition of How to Make LEGO Arrowverse Customs. So far we’ve covered a wide array of characters from Arrow to Legends of Tomorrow, but we’re not done yet. The Arrowverse is home to a plethora of characters that LEGO hasn’t made into minifigures and probably won’t ever make. So, without further ado, let’s return to the world of Green Arrow and the Flash and get right to it. 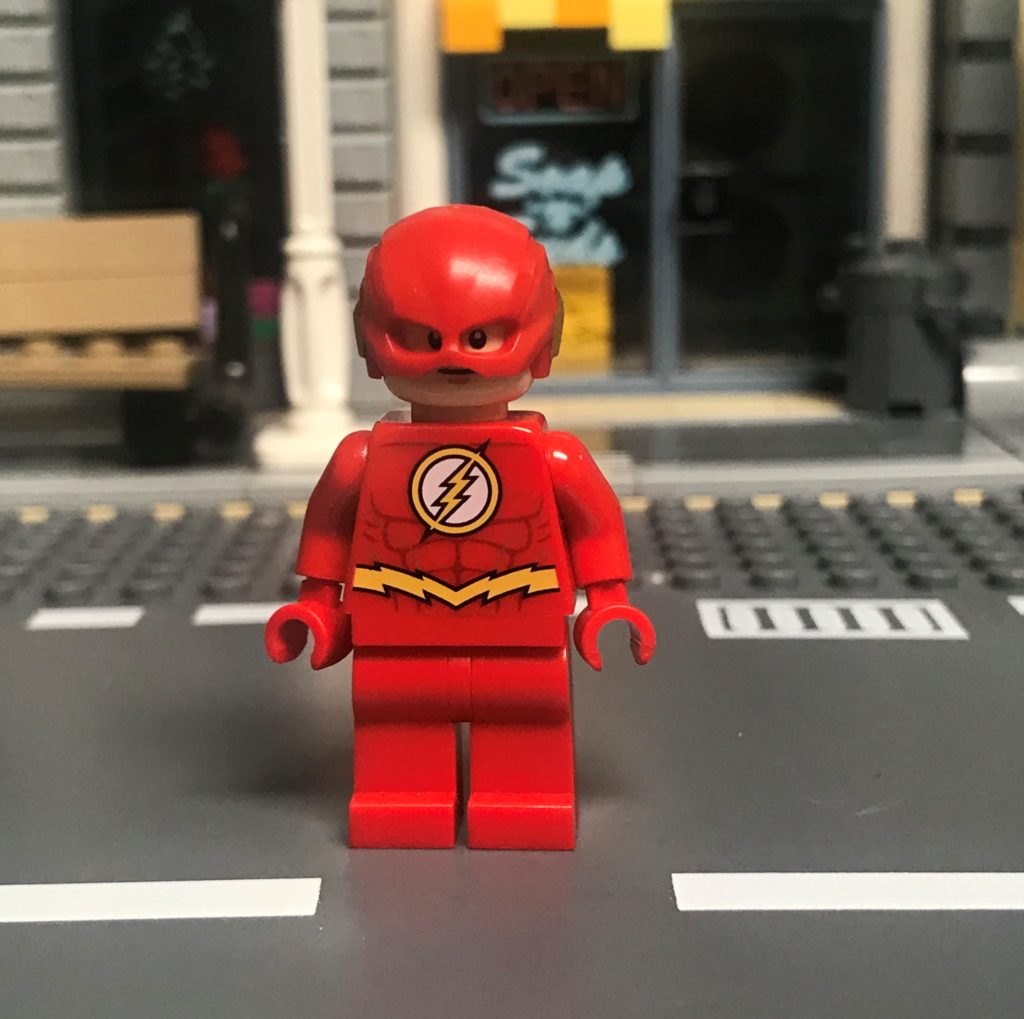 Out of everyone on this list, the Flash is the only one to actually receive a LEGO minifigure, several actually; but these minifigures range from the film or comic adaptions, never the Arrowverse. So, while characters like Green Arrow, Atom, and Arsenal have received San Diego Comic-Con exclusives, Barry Allen has not. But rest assured, Season 5’s Flash costume is the easiest minifigure to make on this list.

To make Season 5 Flash, you will need parts from only three minifigures. Despite being based on the comics, the torso and legs from the typical Flash figure works perfectly for an Arrowverse version. On top of that, you will need a standard light nougat head (we chose the one from the Resistance solider in the First Order Transporter from 2015) and the helmet from the 2017 Justice League version of The Flash. And there you have it! 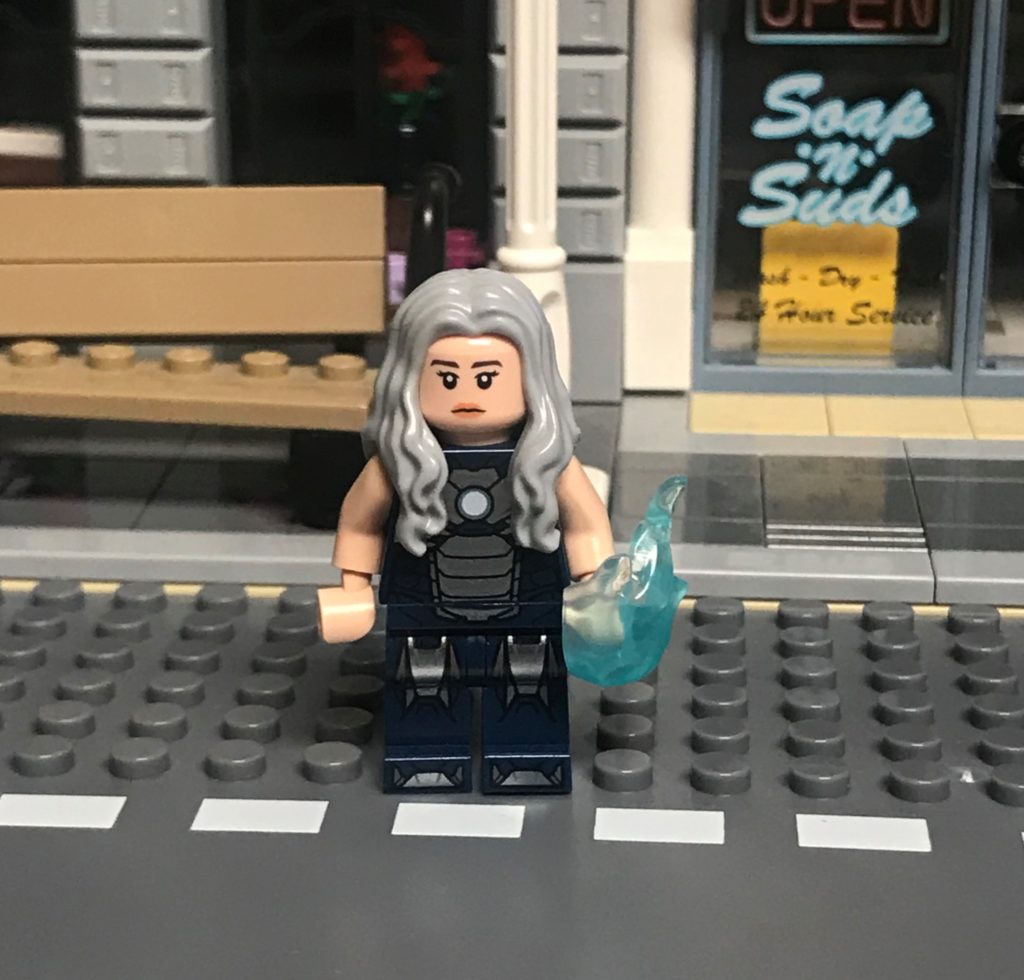 Dr. Caitlin Snow has been a part of The Flash core cast since its premise episode back in 2014, acting as the S.T.A.R Labs resident medical and science expert. Her snowy counterpart, Killer Frost, did receive the minifigure treatment recently, appearing in one set in 2018, but like many characters on this and previous lists, it was based on her comics appearance.

You will need parts from four different minifigures to make Caitlin Snow. The most essential one of the four would have to be the Iron Man “Tazer” armor from 2020’s Avengers Tower; more specifically, the torso and legs from it. These parts bare a significant resemble to her outfit in Crisis on Infinite Earths. The head and the arms can be found on a wide variety of minifigures, but essentially, you will need a pair of light nougat arms and a standard light nougat female face. Lastly, you will need the long light bluish-grey hair from Mrs. Scratchen-Post, who can be found in both LEGO Movie CMF packs. If you would rather have Caitlin Snow as her regular, non-frosty self, you can exchange the light bluish-grey hair for brown. 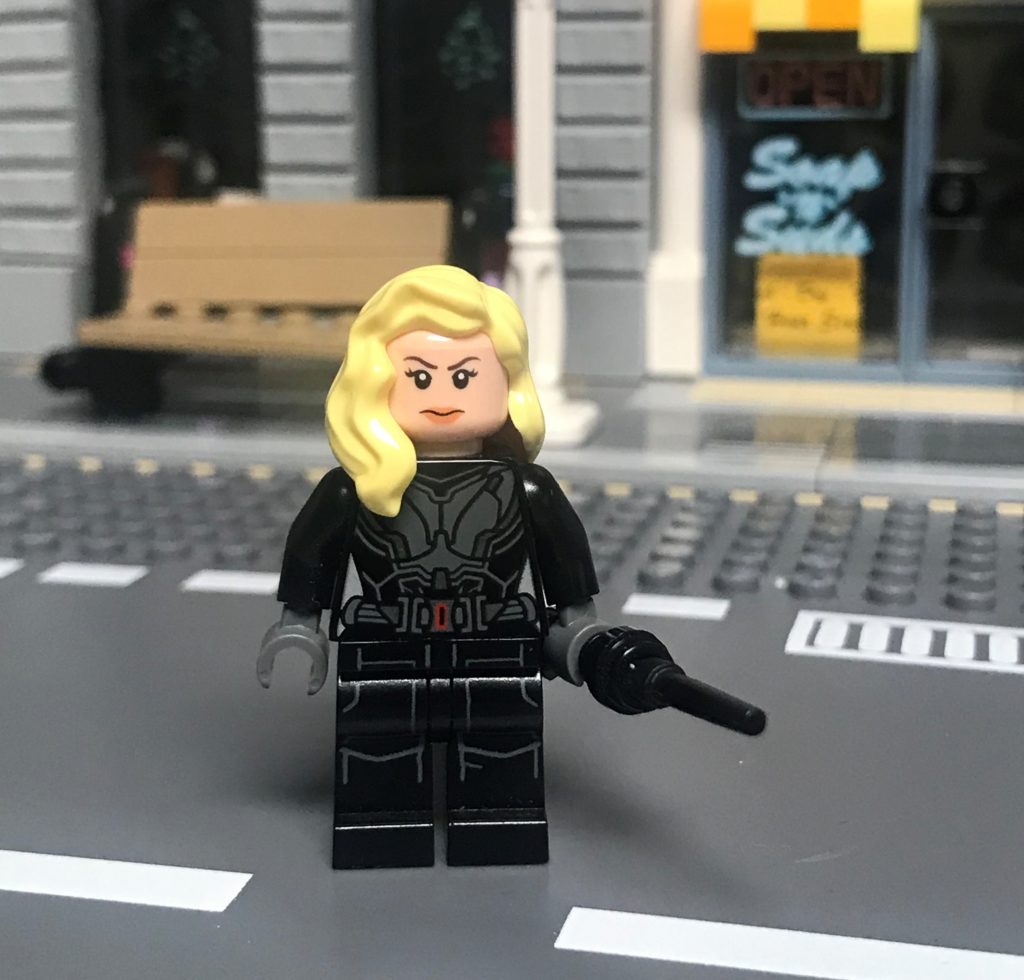 In a previous article, we went over how to make Sara Lance, a.k.a, White Canary. Now, we have a blueprint on how to make her older sister, Laurel Lance, the Black Canary. Like the previous two entries on this list, her face is standard and can be found on a variety of Marvel minifigures from Wasp to Agent 13. Her hair is also fairly common, appearing on minifigures in 17 sets (including the Black Canary from The LEGO Batman Movie). It is the bright light yellow mid-length with part over right shoulder hair piece. The torso can found on the new Black Widow minifigures from the 2020 line of Marvel sets (excluding the one associated with 2021’s Black Widow), and the legs can be found on most Imperial Gunner minifigures from 2014 onward. 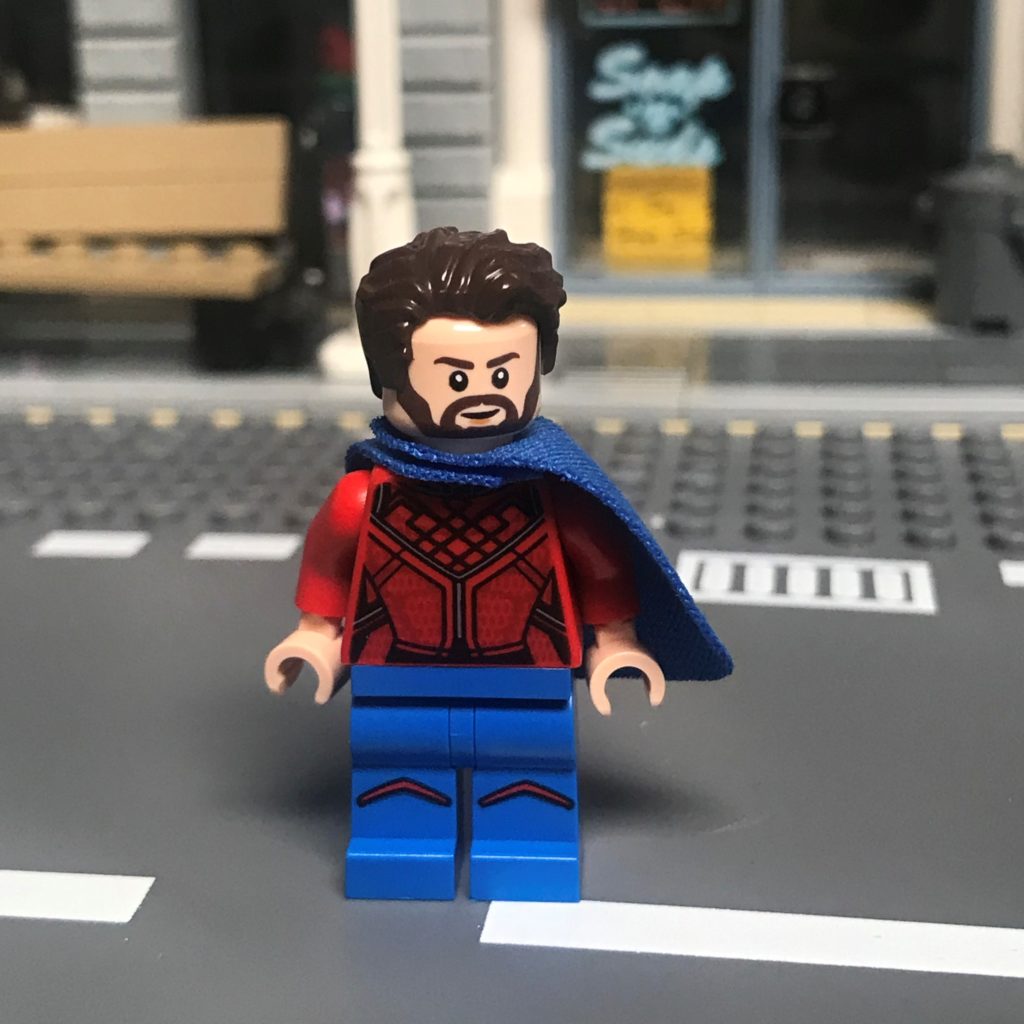 The last hero on this list comes from the world of Supergirl: Mon-El, a native of the planet Daxam, who crashed onto Earth much like Superman did. Mon-El hasn’t been seen in the show since Season 5 so it is unlikely that LEGO will ever make a minifigure of this alien superbeing. But not to worry: that’s what we’re here for.

You will need parts from five different minifigures to make Mon-El: the hair is the dark brown version of the swept left tousled hair mold, coming with the likes of Peter Parker in 2019 and Zander Freemaker in 2016. The head comes from the Resistance Soldier in the First Order Heavy Assault Walker, but can also be found in two other Star Wars sets and one Jurassic World set. The small shoulder cape is from the Hercules found in the Disney CMF Series 2. The torso is from the recent Shang-Chi minifigure. Lastly, the blue/red legs are from the DC CMF version of Superman. 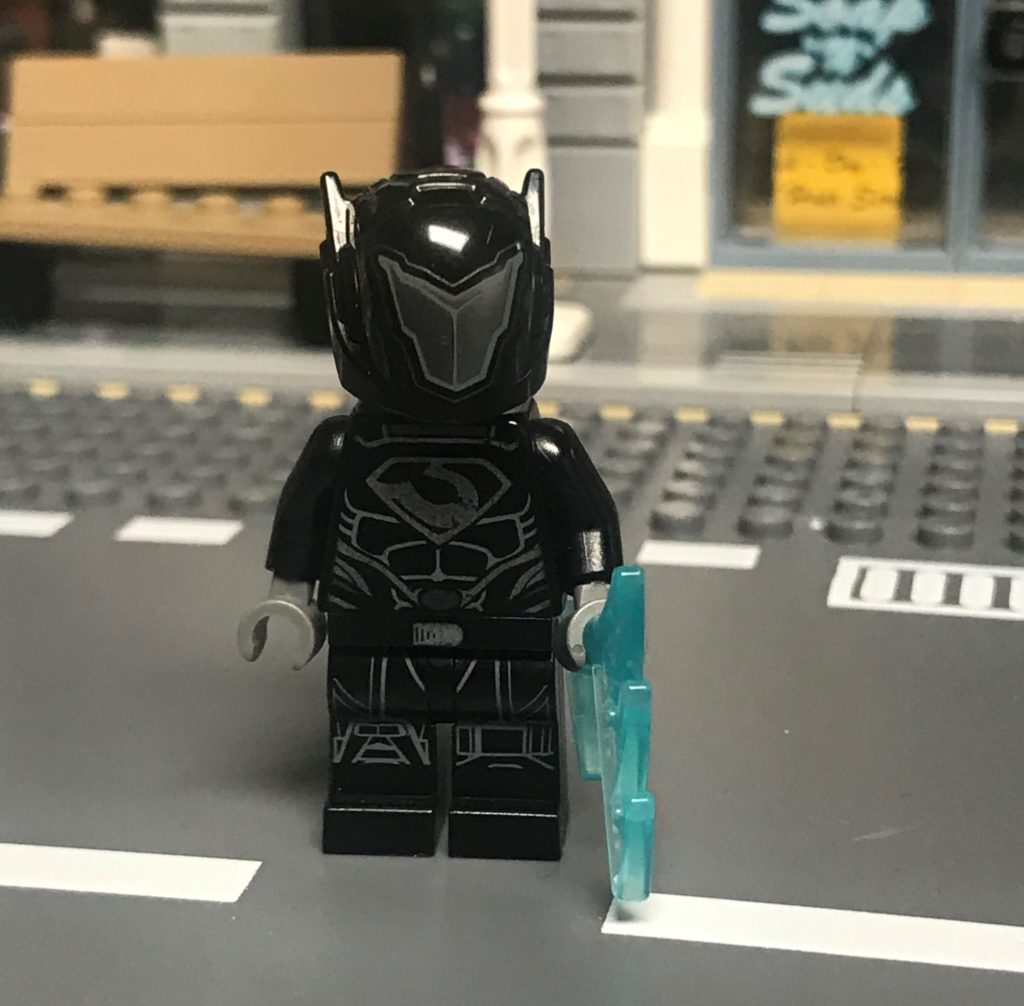 Ah, Zoom. One of the best villains to come out of the Arrowverse, right up there alongside Eobard Thawne. To make this speedster from an alternate Earth, you will only need three specific parts: the helmet from the Galactic Bounty Hunter from the Series 19 CMF, the torso from 2013’s General Zod, and the legs from Rogue One’s Death Trooper. The head doesn’t matter as it is obscured by the helmet, but you can’t go wrong with a plain black head found with the classic stormtroopers, which will blend with the rest of the costume. We also included a trans-blue build of a speedster’s trail in the picture. Let us know if you would like to see a tutorial on that! 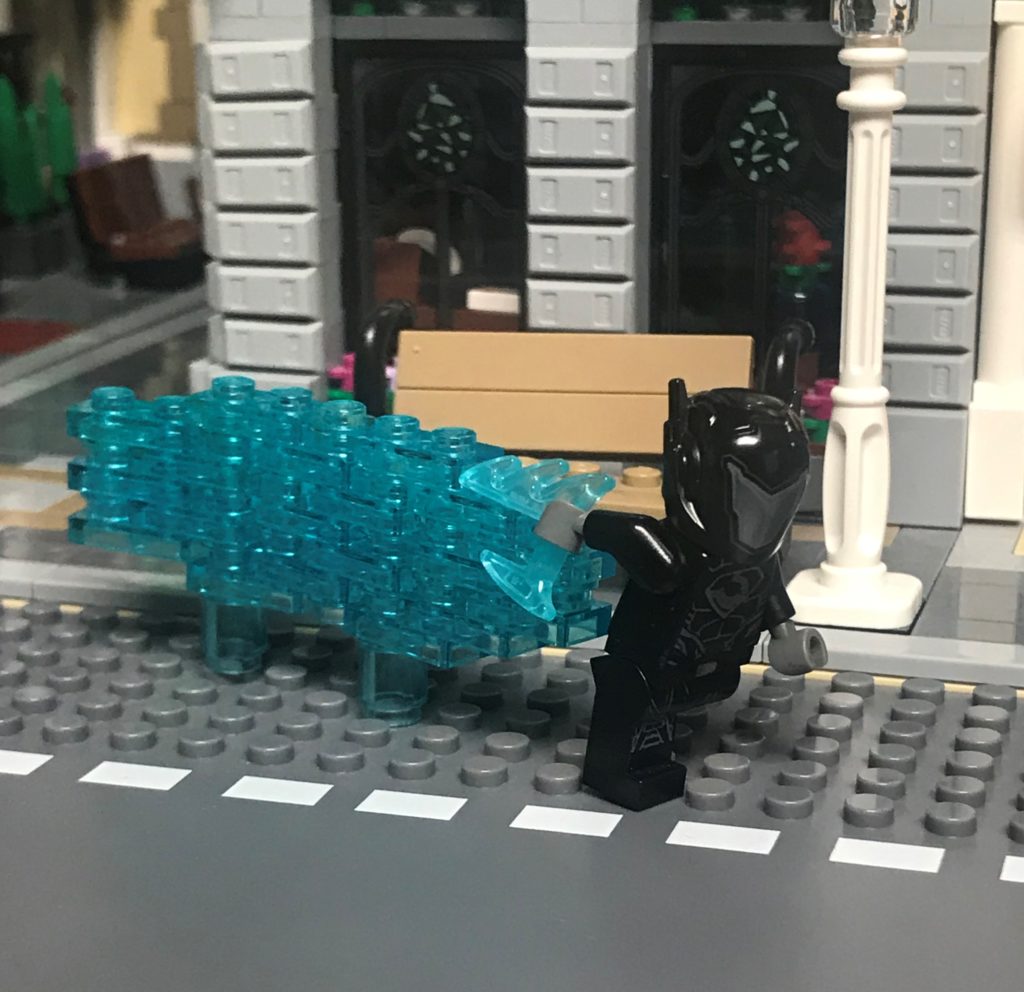 Speaking of great villains from the Arrowverse, here we have Malcolm Merlyn, the main antagonist of Arrow’s premier season. While Merlyn was featured in 2018’s LEGO DC Supervillians (voiced by John Barrowman, the man who played him in Arrow as well), he has not appeared in any LEGO Sets. 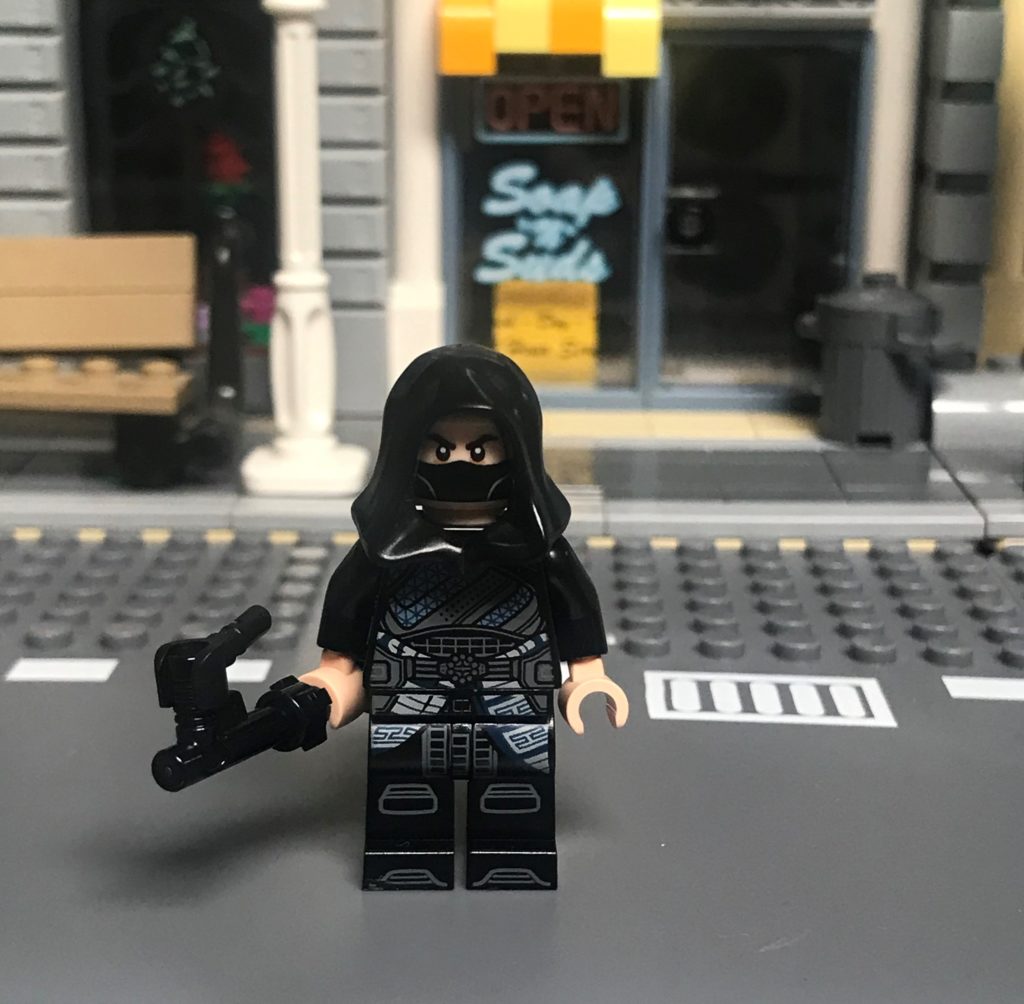 This custom of Merlyn heavily utilizes the Wenwu minifigure from the new Shang-Chi and the Legend of the Ten Rings sets, using both his torso and legs. The head comes from the Winter Soldier polybag figure from 2015, and to top it off, we used a standard black hood piece. However, if you want to change things up, many of the hoods used for Cole from the Ninjago franchise also work for Merlyn, such as his Deepstone and ZX outfits.

To close off this list, we have Arrow’s fifth season’s main bad guy, Prometheus. While his Arrowverse costume is a far cry from his comic’s outfit, it still looks very cool, almost rivaling Green Arrow’s own outfit… almost.

In order to make Prometheus, you will need specific parts from three different minifigures, almost any standard light nougat male head, and a silver katana. The green hood is from the Rogue featured in the Series 16 CMF from 2016. The torso comes from the 2021 Doctor Octopus. Lastly, the legs come from the Aquaman from 2017’s Justice League line. Like Zoom, because the hood obscures most of the face, practically any light nougat male head would suffice.

A Brief History of the LEGO Minifigure