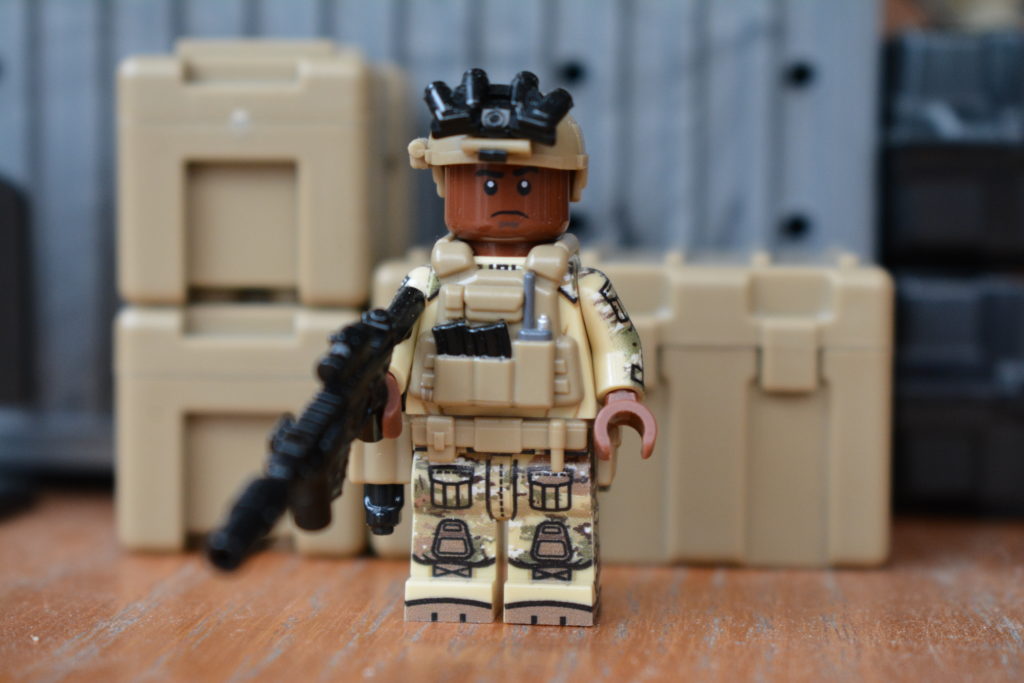 When talking to Teddi from the blog here recently, we were both talking about my custom LEGO S.H.I.E.L.D. STRIKE unit – and how I had chosen the parts to put them, and other Custom LEGO Army Minifigures together. It was a insightful conversation – with Teddi explaining that she had not actually considered putting together many military-themed characters before, despite enjoying characters like Agents of S.H.I.E.L.D.

I decided to go ahead and breakdown some of the thoughts which go through my head when making custom military figures. I’m hoping you’ll walk away from this feeling more confident with experimentation when it comes to creating your own characters. Without any further ado, let’s jump into it. 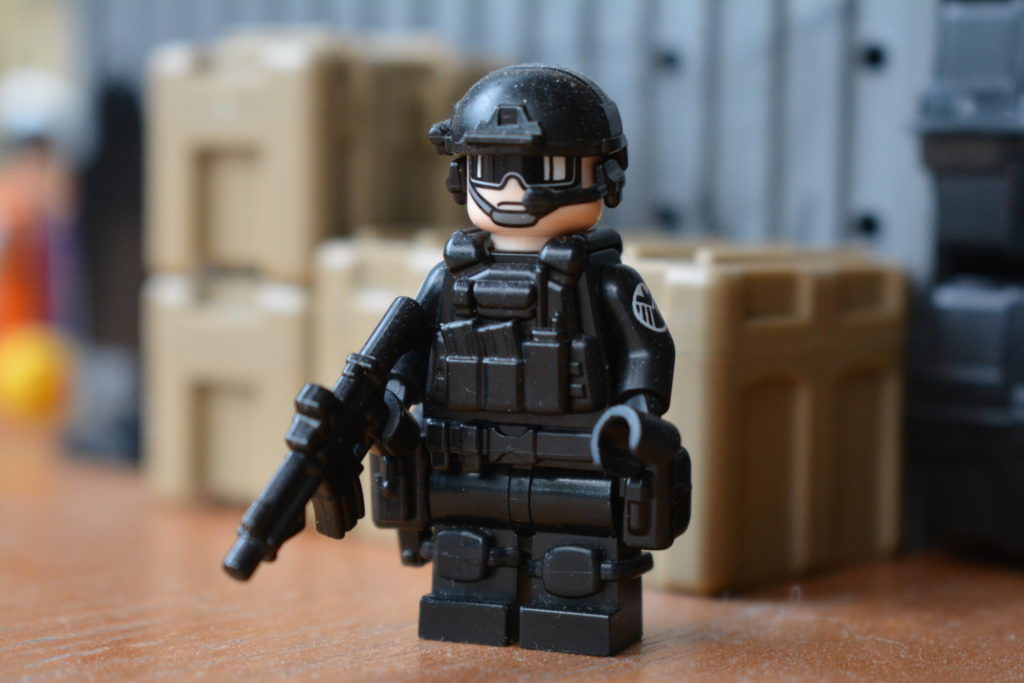 Step One – Choosing the Right Base Minifigure

When it comes to creating your own custom minifigures, choosing the right base minifigure you want to use is crucial in communicating the kind of ideals you want. Many characters – such as Special Forces and regular Soldiers – will use all types of similar body armour and equipment, so your choices in base figures can sometimes be the defining feature. A few questions I would usually ask myself:

Thinking about the different types of minifigures we use can make the difference between us having a guy heavily equipped in a dark blue costume, and a S.W.A.T officer. Honestly, this is arguably the most important aspect of any good Custom LEGO Army Minifigures – so make sure you take your time and choose a base minifigure which you will really be able to build from. There are many great retailers out there – including some great military BDUs from Firestar Toys themselves. 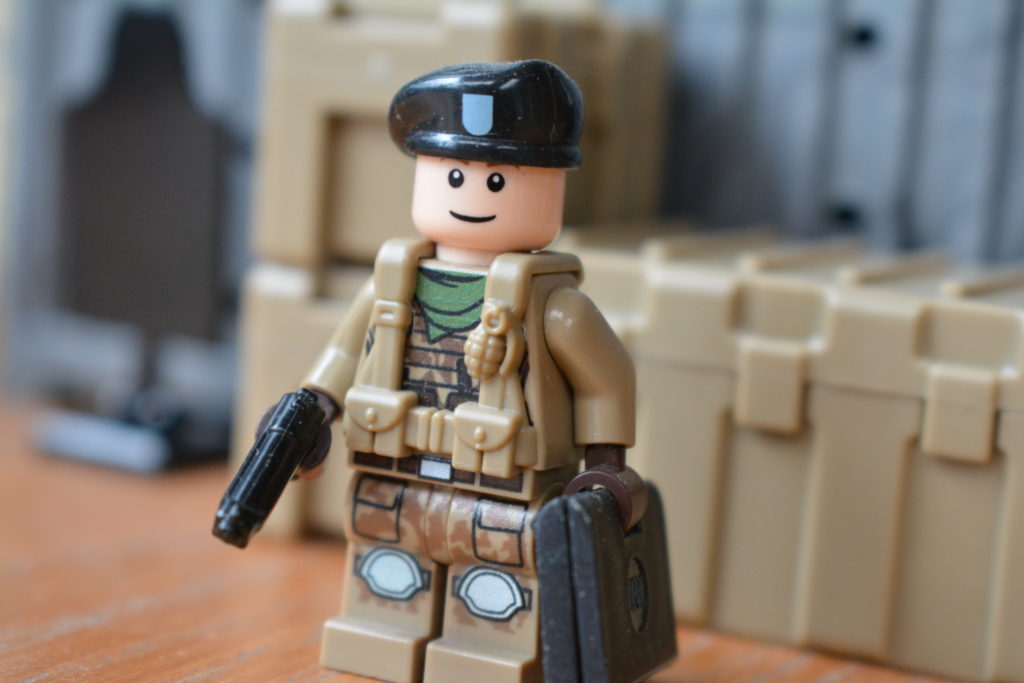 We mentioned thinking about your character’s loadout – and this is even more important when we look at things like tactical vests and tactical belts. Depending on the character you make will depend on the type of vest and helmet that you want your character to have. Say, for example, you are creating a Special Forces operator. You may want to choose a vest modelled on that which includes specific details for that character – something like this one from Combat Brick. In a similar vein, if we are creating a mercenary we may not want them to have a heavy helmet and full tactical loadout – so something like a LEGO Cap may be more beneficial for this particular purpose. Taking a moment to think about the additional elements we incorporate upon these characters can make a real difference in the way our characters look, and how well they communicate their overall appearance.

It’s also important to consider that when we think about these loadouts, having a character overly-detailed is not always the most beneficial. It’s always worth thinking about how much detail a character needs. Whilst a Navy SEAL may need a full loadout to reflect the tactical nature of their role, somebody like a US Infantry Man may only need to have a tactical vest and a helmet – as they don’t need as much detail. Considering this can be good for two very specific reasons. Firstly – it can allow us to consider the appearance we want to convey even more, giving us much more control of the overall appearance a minifigure has.

Secondly, it can be beneficial to add distinction amongst other minifigures – meaning that you can choose which minifigures you want to stand out the most. This can be great for making those minifigures which really go against expectations to catch the attention of fellow collectors. 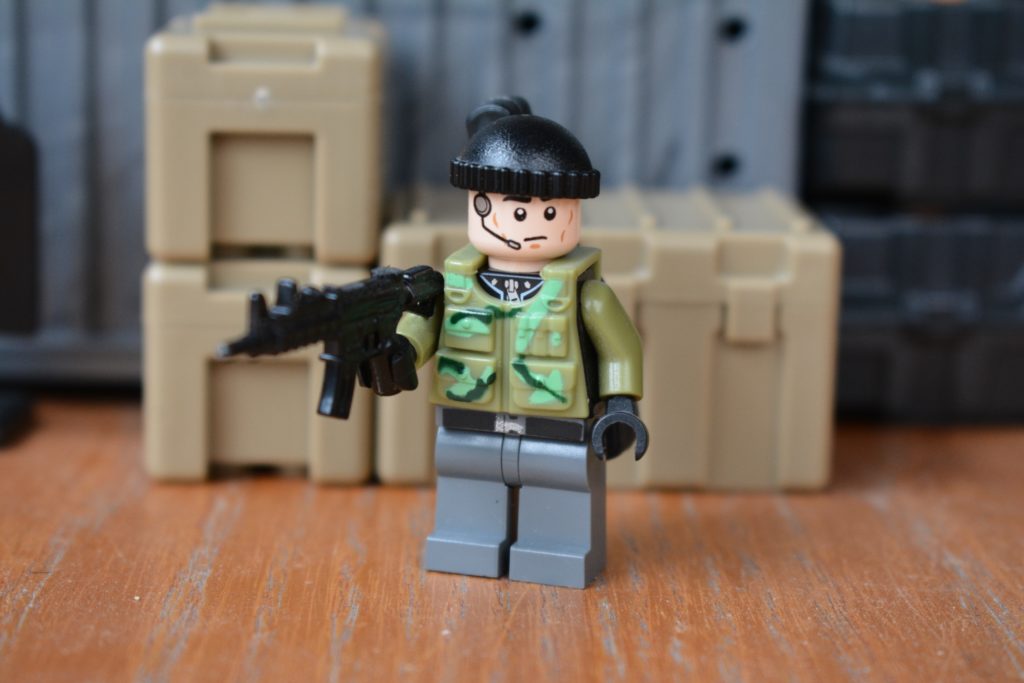 When we talk about uniforms it can be very easy to think exactly that – that everything needs to look uniform. Well this can be great for some characters (Military forces, Police officers, etc.) – it isn’t always necessary. When it came to creating, mercenaries inspired by Jurassic World Fallen Kingdom, I decided to experiment with and mismatch many different leftover pieces from characters to see what I could create. This decision to mix and match created some of the best characters I have in my collection – forming a group of mercenaries which I am happy with.

Honestly – LEGO is all about creative expressionism so that we can create whatever we want to use our imaginations. That principle should also be applied to the minifigures we create – as sometimes, swapping elements or introducing new concepts can help us to create results which we never imagined would be possible. I really recommend getting your hands on some of the unique accessories and printed elements which are out there – as they really can make for great results, especially when complimented by official printed LEGO pieces. 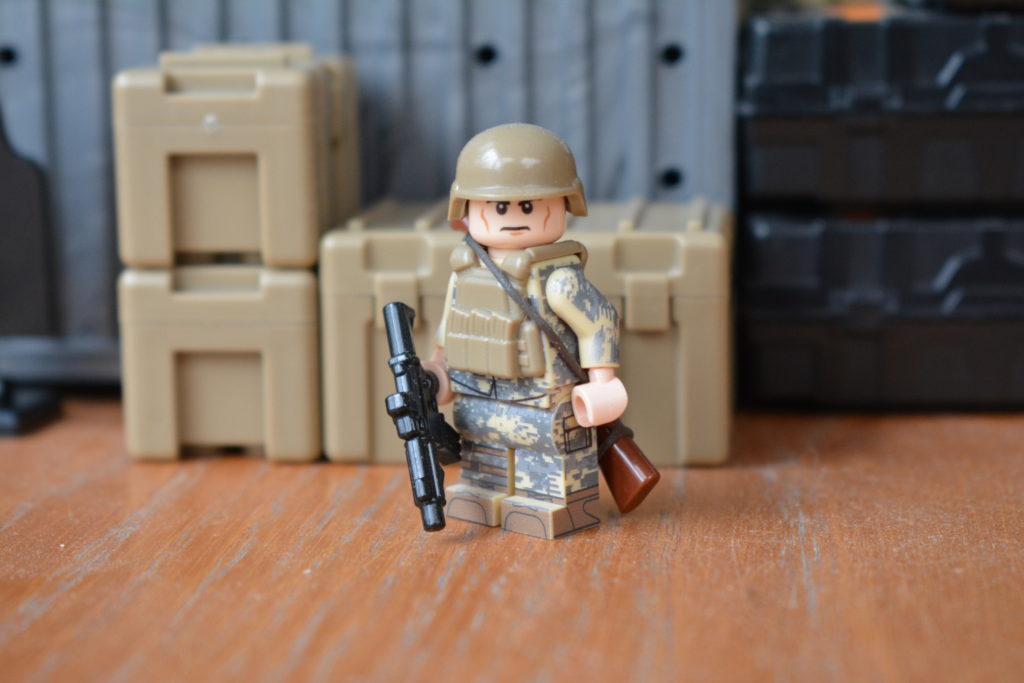 Step Four: Remember That This Is Your Project

Ultimately, this advice mainly applies to the elements that I have incorporated with my minifigures – but this is different for everyone. I know for me, I enjoy incredibly realistic, hyper-detailed military characters. These, however, may be something which you will not enjoy as much – so it is important to consider what you want to achieve from a given project. Some of the best army minifigures I have seen use simple tan torsos combined with dark tan body armour and helmets – still creating fantastic characters which accurately communicate the ideals that their creators are aiming to achieve. You don’t need to buy massively detailed and expensive custom-printed minifigures to make your own minifigures look awesome. It is fully okay to work within the limits you face when it comes to making your minifigures.

Equally, however – don’t be scared to ask other community members what they would recommend doing for your own characters. Sometimes, we can spend so long working on a project that we lose sight of what we want to achieve – so other opinions can be beneficial. I know the opinions of my friends have helped me to make some great improvements on minifigures in the past.

To conclude – there are lots of great options out there for you to create your own military figures, and there are lots of great elements which you can incorporate to achieve certain characteristics. I really recommend playing around and investing in lots of different elements during the creation of your characters – as you can discover real gems. There are lots on FireStar Toys – so make sure you go and explore some of the options you have out there. We’d also LOVE to see your best creations – so leave them via our Social Media platforms, or alternatively you can link us to them in the comments below. 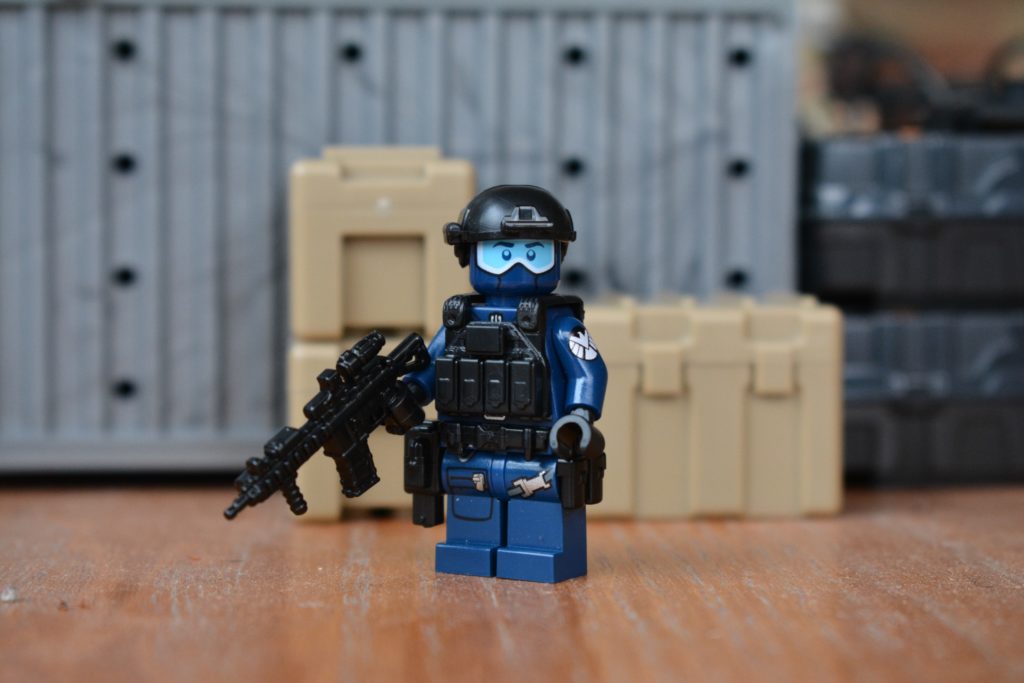 I would absolutely love to see some of you share your own creations using the custom S.H.I.E.L.D. arms – share them with us in the comments below!

The 2019 Film Calendar – As Told by Custom LEGO Minifigures