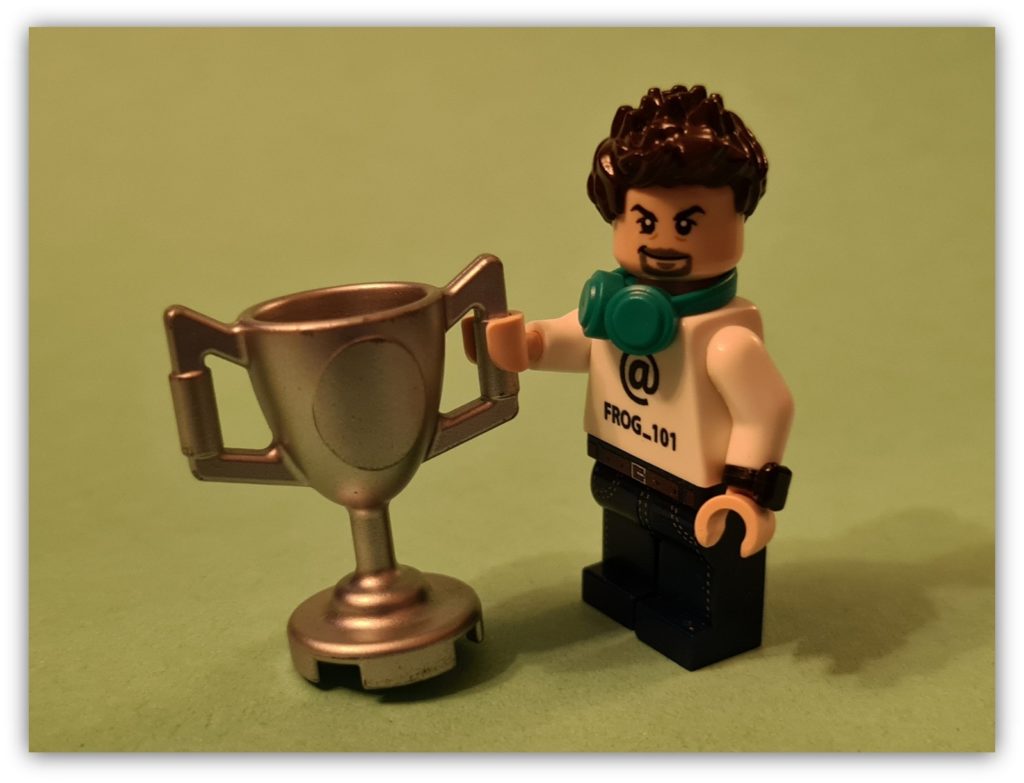 The new series of LEGO collectible minifigures (CMF) has been released

; the twenty first of the series. I wondered what could be considered the most successful series to date and this article is how I arrived at my opinion.

I think it’s worth noting that this latest release isn’t actually the twenty-first series but is possibly the thirty-fifth (and by my reckoning, at least the thirty-seventh). It is the twenty-first series that isn’t aligned to a specific theme as there have also been CMF sets for Disney, the Simpsons, the two LEGO Movies, the LEGO Batman movies, Ninjago , Harry Potter, DC Comics, the GB Olympic Team and the German Football Team.

My sources for this confusion start with the Wikipedia page but also Brickipedia; neither contain the blind bagged figures of Unikitty or the expansion sets for the Super Mario course. For me they are figures, even if brick-built, so these should count as CMF sets too. Brikipedia also includes a number of accessory packs; although I discounted these as they didn’t fit into the blind bag collection (or have those awesome sheets showing the figures that make up the series).

Looking through the list of LEGO Collectible Minifigures series, I was surprised that there haven’t been a Star Wars series, especially given the amount of sets this theme has created over the years. Perhaps there may be one in the pipeline? 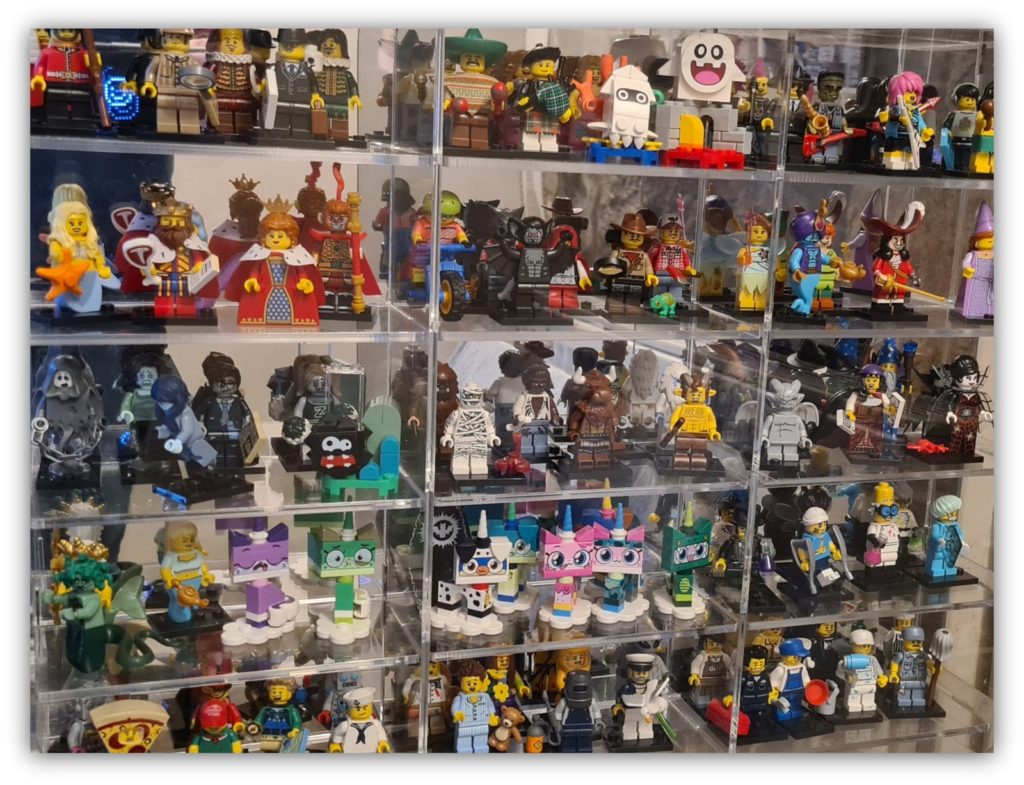 When the first few LEGO Collectible Minifigures series came out, I would collect every figure; in some cases buying more than one so I could display one and use one. But over time I realised that every set contained figures that I didn’t much care for, so I just started to buy the one or two figures that I was interested in, but more importantly from a collecting perspective, I retained one copy of the series catalogue sheet. 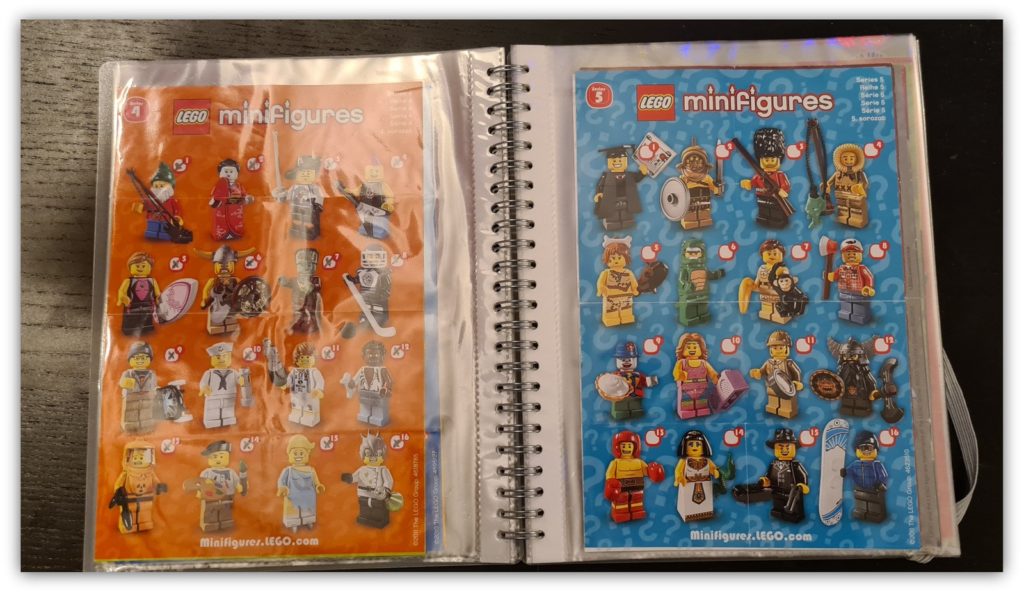 An example of this collection would be the one figure I have from the German Football Team CMF. Not being a follower of football, let alone European football, I only have one figure in my collection and the all-important sheet! 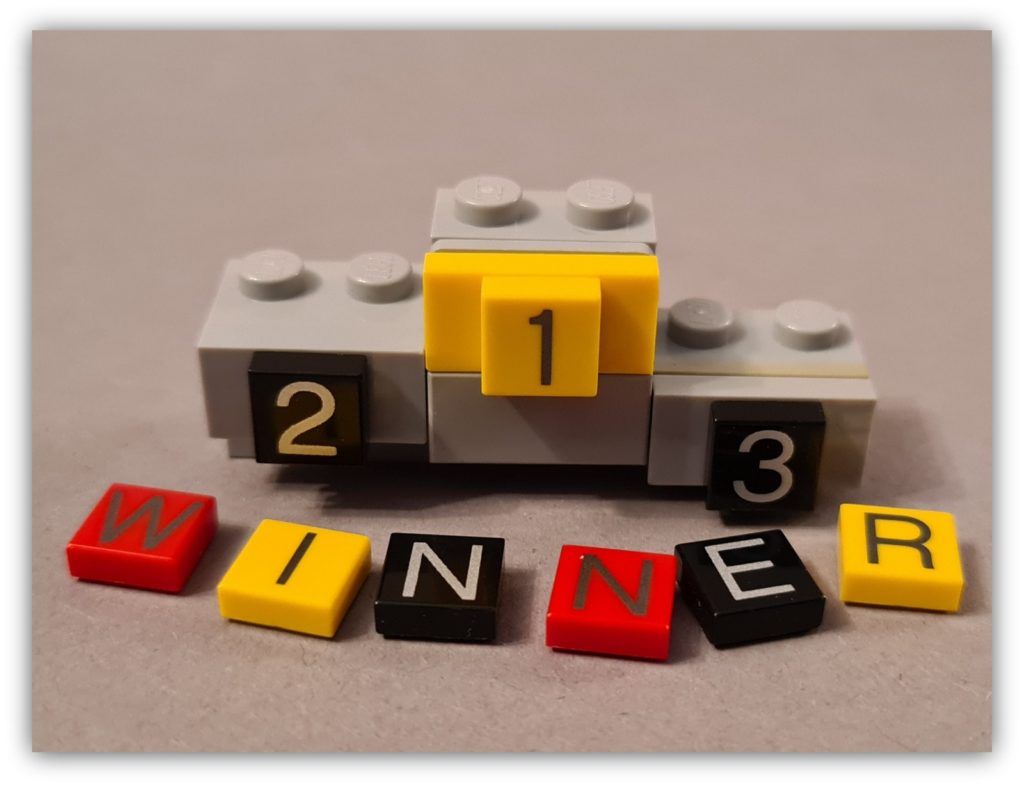 One of the biggest challenges that is faced when determining “the best” is accepting that what someone might think of as brilliant, someone else might disagree. In some cases, the figure that is least popular may also go on to become super rare (and therefore super expensive).

Because of this, I decided to exclude the non-independent CMF series. A bit of a shame perhaps given that the LEGO Movie 2 series gave us the Wizard of Oz mini set in the collection, but I think this enables the non-independent figures a chance to be ranked equally.

Another challenge is that most series have typically contained 16 figures; the latest series only has 12 which can have an impact on totaling points per figure.
The way I decided to rank the series was as follows: 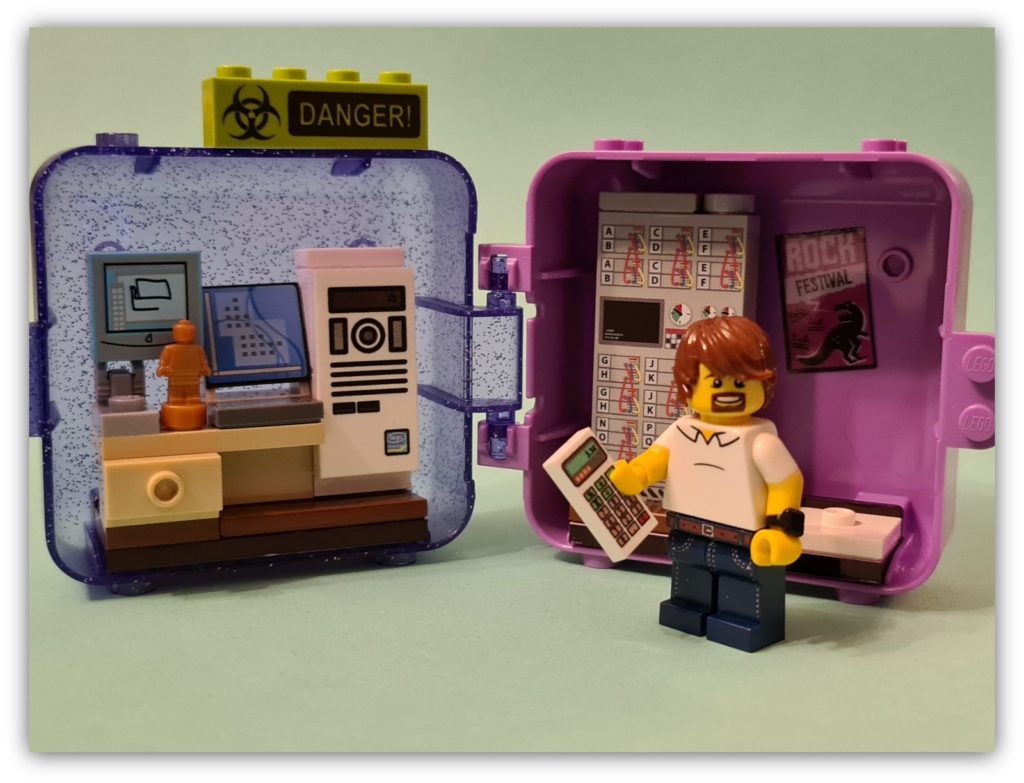 I sat down and used the Wikipedia page to make sure that I had used a standardised name for each figure in each series. Then I worked through each series and each figure using the ranking that was identified earlier. It was quite fun, and using the reference material helped in confirming some names, but also that some figures linked to much older LEGO themes, which brought back memories of sets and themes that I once had; and perhaps may still have in parts!

So that I could endeavour to be unbiased as much as possible, a figure would either score 1 or 0. I might want to score something higher (the mountain bike accessory in series 19 should have scored higher than one perhaps), but then I also had to consider that not everyone may have started collecting from series 1, so a sword may be a repeat but it could be someone’s first sword. 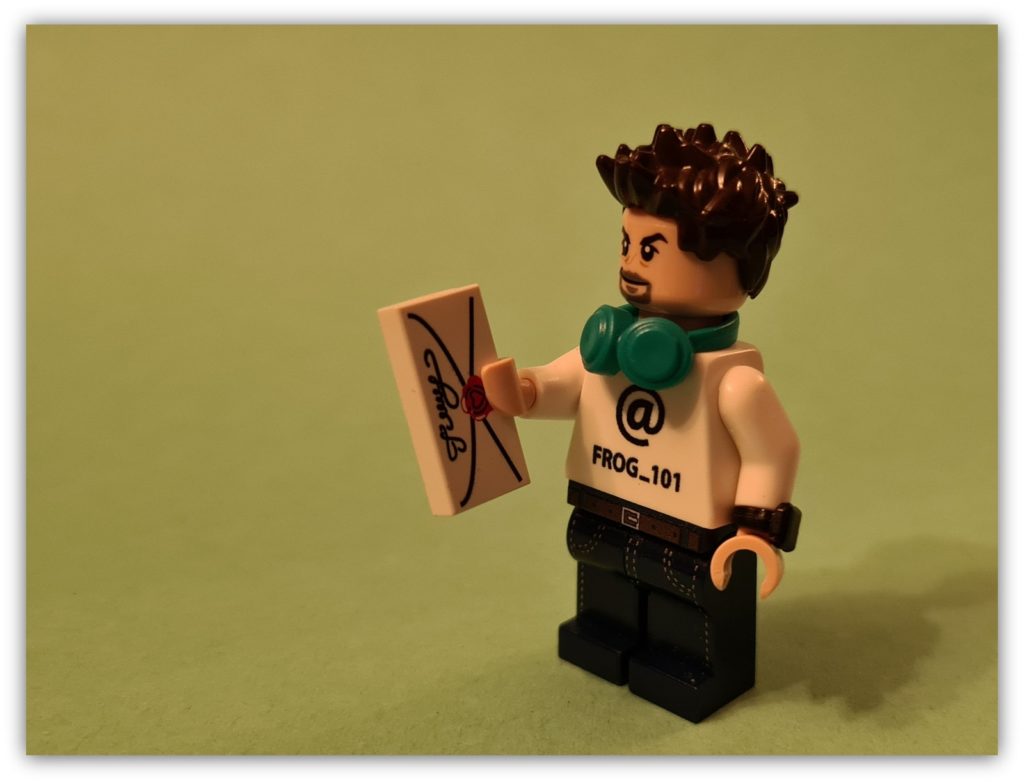 My first category was working out which series contained the most figures that I wanted to own. Obviously potentially contentious, but for me it was the Horror series 14, where I’d wanted to personally own fourteen figures which is 88% of the series! Figures such as the Gargoyle and the Monster Rocker where great – and I do like Halloweeny things anyway!

The runner up series in this category was the new series 21, where I had identified 7 figures from the set (58%). My top two standout figures were the Shipwreck Survivor and the Beekeeper.

My second category was the linked figures. This was where a figure (let’s say the Pro Surfer from series 17) could be used with another figure from another CMF series (say the Lifeguard from Series 12). I decided that I wouldn’t say something could be linked to a proper theme (the Traffic Cop could be linked to the City Theme) as that could skew my results. I managed to work out a 100% figure linkage on Series 14, and a 94% linkage for Series 18!

The top 5 rankings here were: 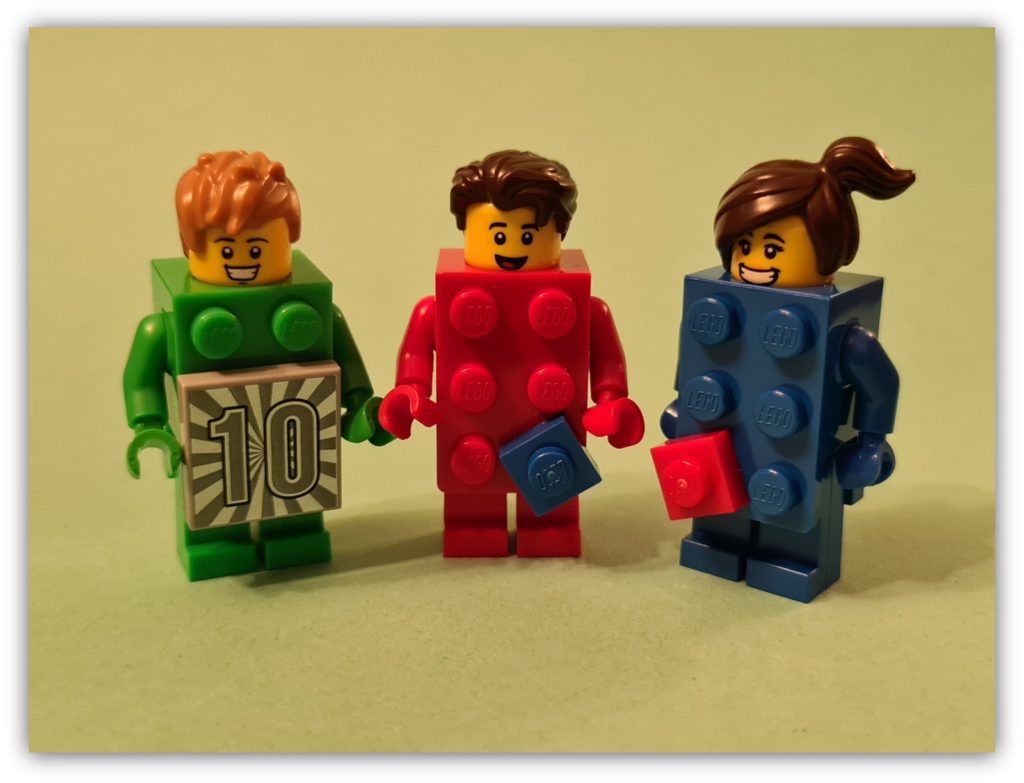 My third category was the cool figures. Now I do accept that there will always be a bias here in what is cool and what isn’t, so I tried to be as fair as I could, but some figures (such as the Conquistador in Series 8) just didn’t make cut for me. What I found interesting was that every series in the top five scored 100% cool rating!

Whilst it didn’t make the series cut, I did want to acknowledge the Classic Policeman. Being of an age that I am, I remember when the original minifigures first came out; and I was fortunate that I was able to get the limited classic policeman… so my display has both figures!

So now to the big one! I combined the totals and worked out what the overall series was, with the most accessories, links to other series, most cool figures and most figures that I wanted to own and the ranking is as follows: 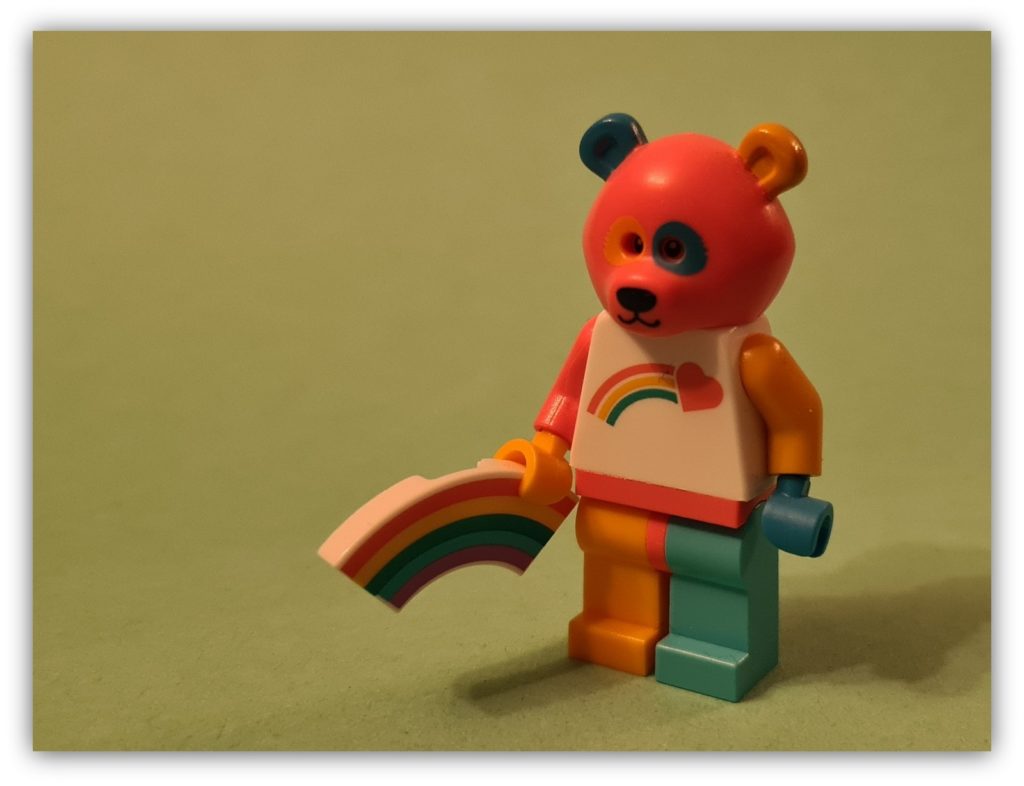 But it was a fun exercise; revisiting all the series again. Which is your favourite so far? Let us know in the comments!