I, personally, want to see LEGO invest more in their Minifigures in the future – adding more elements like a printed arm to portray the best possible versions of their characters that they can. To highlight this point, I’ve picked a few examples – both official and custom – which will hopefully highlight just how much of a difference a printed arm can make. 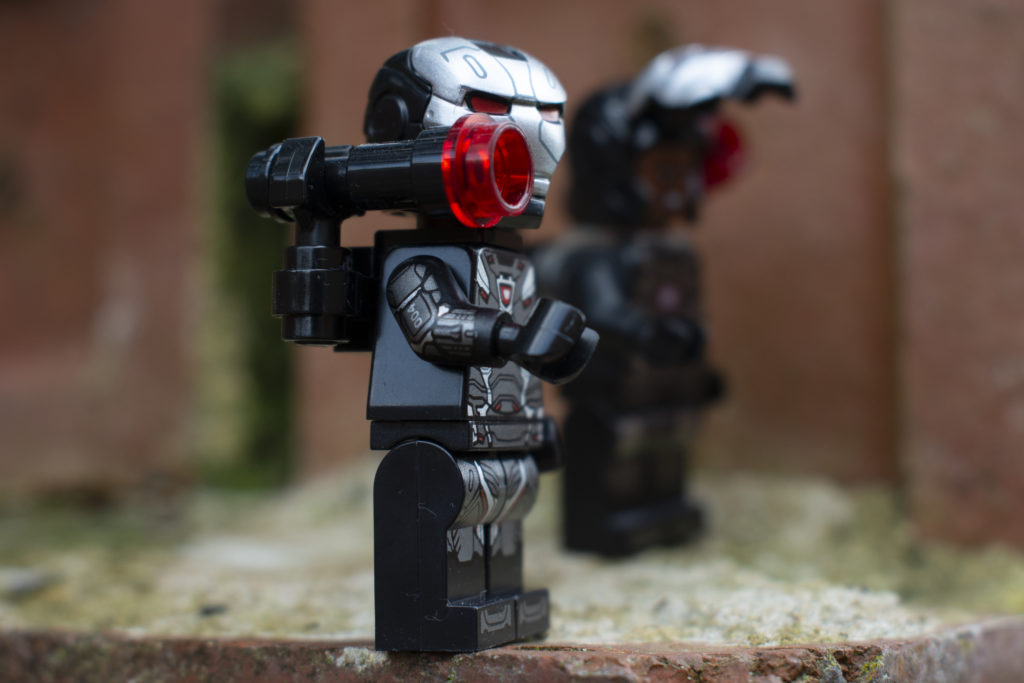 Up first, we have the Infinity War version of War Machine – who I was lucky enough to get my hands on recently despite the Infinity War Bricktober pack being incredibly illusive. Here, we can see it compared to the Captain America: Civil War version of Rhodey, highlighting just how much difference those detailed arms can make to the Minifigure. Looking at the Infinity War minifigure’s detail, we can see a fantastic level of detail in the arms – including a rich level of different colours and detail which really help to make the Minifigures arms pop out when compared to the blank black ones on the Civil War variant.

Printed arms work particularly well with characters like Iron Man and War Machine as their armour is often divided into several individual segments, meaning that additional printed details can often really communicate the character well. I really appreciate the extra details – especially when it comes to superheroes, as they can often be instrumental in really highlighting the additional details and elements which costume designers put in to meticulously capture these Superheroes. 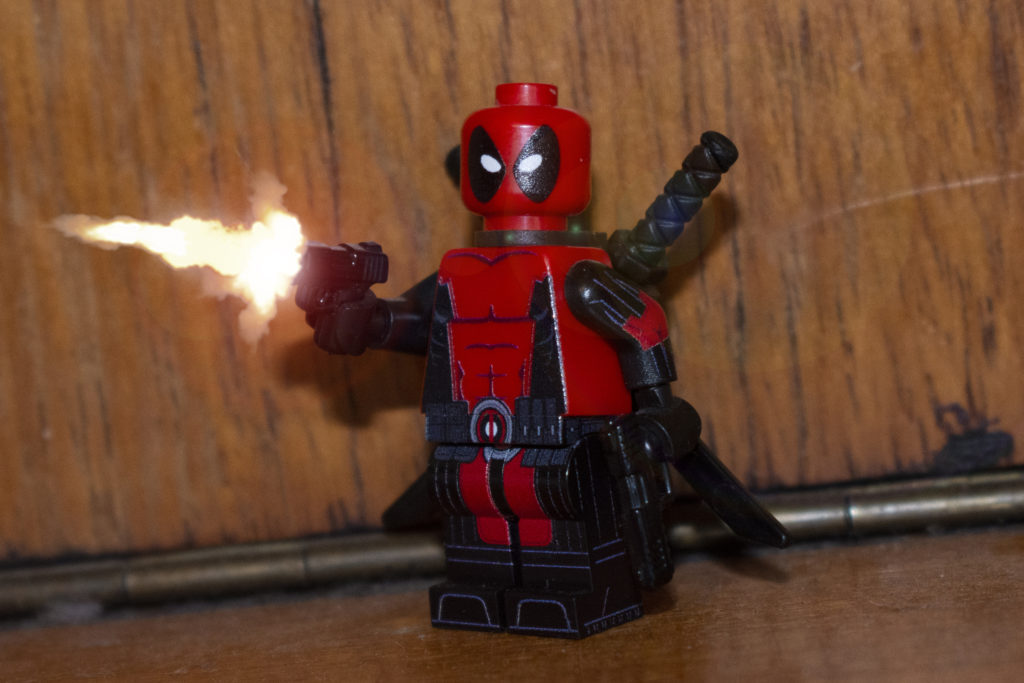 To highlight this, I also wanted to take a moment to reflect on one of the customs we have right here on Minifigures.com – the Mouthy Merc. Here, the ever-popular antihero is communicated incredibly well in beautiful custom format – with his printed arms really adding an additional level of detail to the Minifigure. Not only do these add extra texture to the character – something which is always invaluable in really communicating the design and quality of costumes for characters – but we also have got some additional patches of colour here as well, which really help to emphasise the character’s overall appearance.

Looking at this figure it really makes me think about how much better Minifigures such as Captain America or Iron Man would look with additional attention paid to their arms. It really highlights that sometimes, just a small amount of detail can really make the difference in the overall look and quality of a character. This a theme which I really want to emphasise here – a printed arm isn’t always necessary, but sometimes it can add an extra quality of life to a Minifigure. 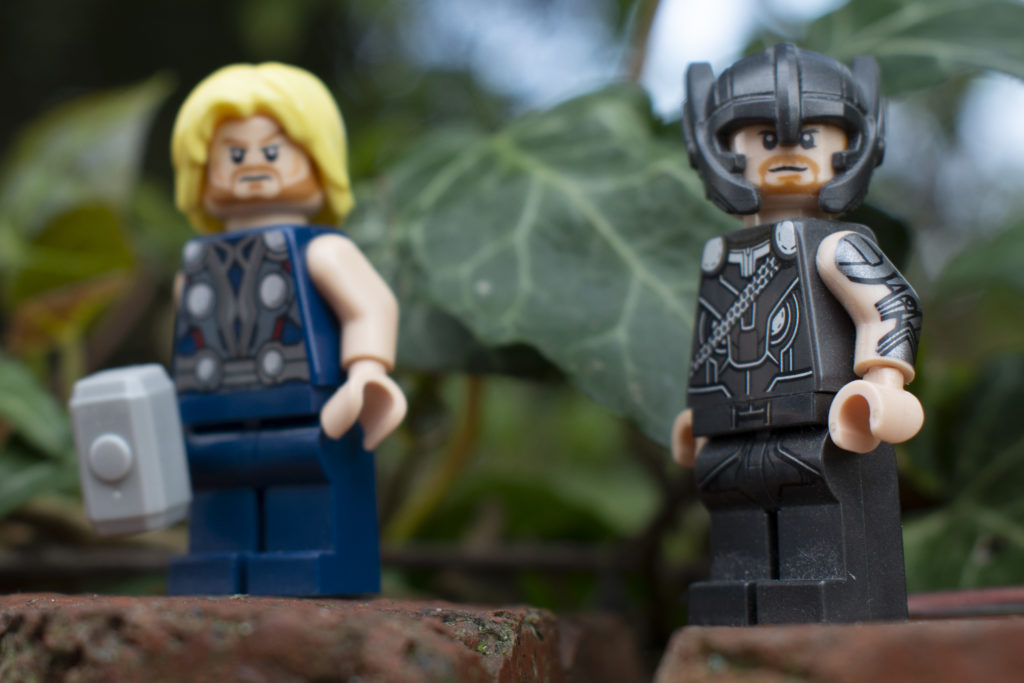 I do think it is important, however, to highlight that arm prints are not always essential – depending on the look we are going for when it comes to a Minifigure. When we look at the custom Thor I have displayed next to the Thor Ragnarok variant, we can see that additional levels of detail are not always essential. Sometimes, if a Minifigure is conveying something like bare flesh arms or clothing with no detail, then blank arms can be perfectly acceptable. I do feel that sometimes it is possible to over-detail a Minifigure and sometimes, when LEGO must work to certain budgets, there is absolutely no point in adding additional detail which will jeopardize the quality of a set overall.

What I do feel, however, is that we need to highlight the circumstances in which arm prints can be beneficial. Sometimes, they can be used to communicate subtle details – and other times, they may be used as a means of capturing a specific moment for a film or television show. The key thing is they are not always essential – so don’t feel as though a Minifigure not having printed arm details devalues it, as they are not essential with every character out there. 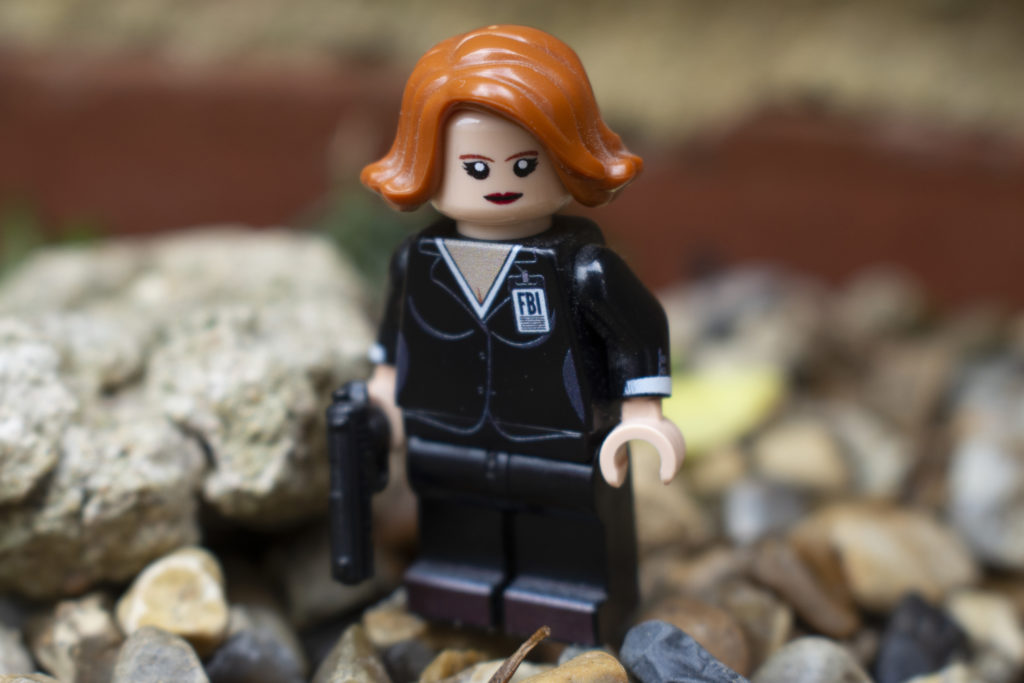 That said, there are moments where a subtle amount of arm printing can complement a Minifigure’s overall appearance even further. Let’s look at minifigures.com and their fantastic rendition of Agent Mully. Mully here comes equipped with a smart suited uniform – including an FBI badge and a nice level of detail for her smart apparel. This would be enough – and blank black arms are something which are often used on suited torsos without any detrimental impact as they often look great as it is. However, here Mully receives additional white cuff prints on the end of her black arms – helping to really communicate a fantastic looking Minifigure which really does benefit from those additional subtle details.

I think this really highlights how sometimes you don’t need to go all-in with a Minifigure, but a subtle level of additional detail really can make it stand out amidst the crowds. I like to think that this same principle is why dual moulded legs are so successful – because whilst they may not be printed with extreme levels of detail, they do provide additional subtle details which really help to set characters apart. 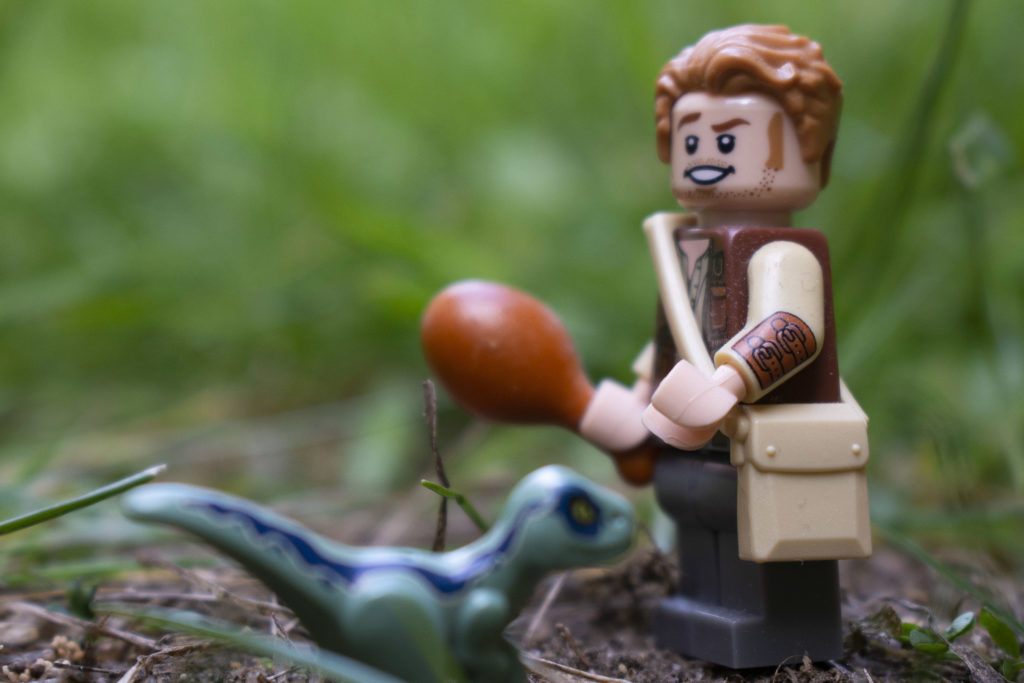 Now I wanted to save something a little bit different for last – purely because anyone who knows me on a personal level will know that I am an absolute fanboy when it comes to Jurassic World and Jurassic Park. When I’m not writing about LEGO here on the Firestar Toys and Minifigures.com blogs, I am usually out and about photographing dinosaur toys in the wild or writing about my fanciful theories for Jurassic World 3. So, with this absolute obsession for Jurassic in mind, I wanted to highlight the Bricktober version of Owen Grady as the last Minifigure with arm printing we will look at today.

Here, Owen received a beautiful arm print on one arm – conveying the large, almost cricket-esque glove which he used to train the young Velociraptors without suffering any injury in Jurassic World Fallen Kingdom. This highlights perfectly how sometimes, just printing on one arm can make a real difference to the character. Here, it communicates an interesting piece of detail which captures the character from a specific moment in the film, and adds a nice and unique element to the Minifigure which we are unlikely to see on other characters. Sometimes, just that subtle level of detail on one arm can be enough to really make a character stand out – so I am grateful for it on this occasion.

So, to conclude, LEGO’s secret weapon for the ultimate LEGO Minifigure is often the use of good arm printing. Sometimes, a subtle additional detail really can make a positive impact, helping to convey a character’s form in an incredibly positive manner. I hope, that moving forwards, LEGO will find creative ways to use this unique form of printing more, as it really does add to the value of the Minifigures in our collections, helping to capture the ultimate appearances for many characters we love. In the meantime, why not check out these Custom Design Arms to help add more character and life to your Minifigures.

And don’t forget to check out this article to see how arm printing makes all the difference!