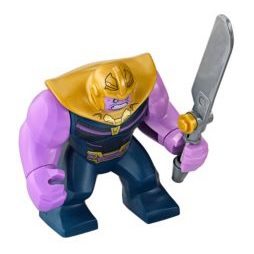 With the release of Avengers: Endgame, the popularity of the Mad Titan villain figure Thanos is at what might be its ultimate height. Which begs the question, for those who want to re-enact some Marvel scenes from past movies and the big release, which LEGO sets have Thanos in them?

Now, I haven’t seen Endgame yet, so I assure you that I won’t be giving any spoilers for the movie. And honestly, until now I wouldn’t have thought about wanting a Thanos figure. After “Avengers: Infinity War“, all I held for Thanos was (honestly) hate and disgust. What a twisted, awful villain he is!

But now that the Endgame movie is out, I can’t help hoping that the Avengers will somehow make things right. After all, the universe cannot simply be left this way, right? Without a Spider-Man (my favorite hero since I was a kid), without T’Challa to lead Wakanda, without a defender for earth like Dr. Strange? Surely not! And with that assurance of Thanos’ defeat rising in my heart, I begin to have room for Thanos in my LEGO collection — if only to play out his defeat again and again. However it may happen.

Now I’m Curious: What Thanos Figures Does LEGO Have?

From what I’ve researched, LEGO has three Thanos figures: a couple of versions of Big Figure, a Mighty Micros version the same size as a regular Minifigure, and a Brickheadz version.

The big figure is roughly the same size as their Hulk big figure. Interesting to note that in the MCU and other Marvel variations, Thanos is only 6’ 7” while Hulk is bigger — always over seven feet. Check out these sources: from the comics fans, fan height comparisons from Fortress of Solitude and Fandom.com. 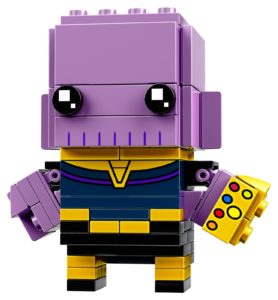 The Brickheadz version of Thanos (set 41605), isn’t strictly speaking a “figure”, but it’s a fun item for fans of the Mad Titan super villain. The Infinity Gauntlet on the Brickheadz Thanos has all six Infinity stones. 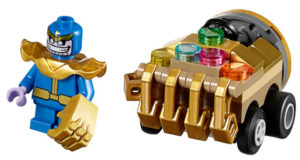 The Mighty Micro Thanos (set 76072) comes with an Infinity Gauntlet vehicle to ride in, which includes all six stones (but in a size only compatible with the vehicle, not the big figure Gauntlet). He also comes with a Minifigure-sized Infinity Gauntlet on his left arm, but it has no places for stones to attach, and is just an oversized, gold-colored stylized glove.

Which LEGO sets have Thanos big figures in them? 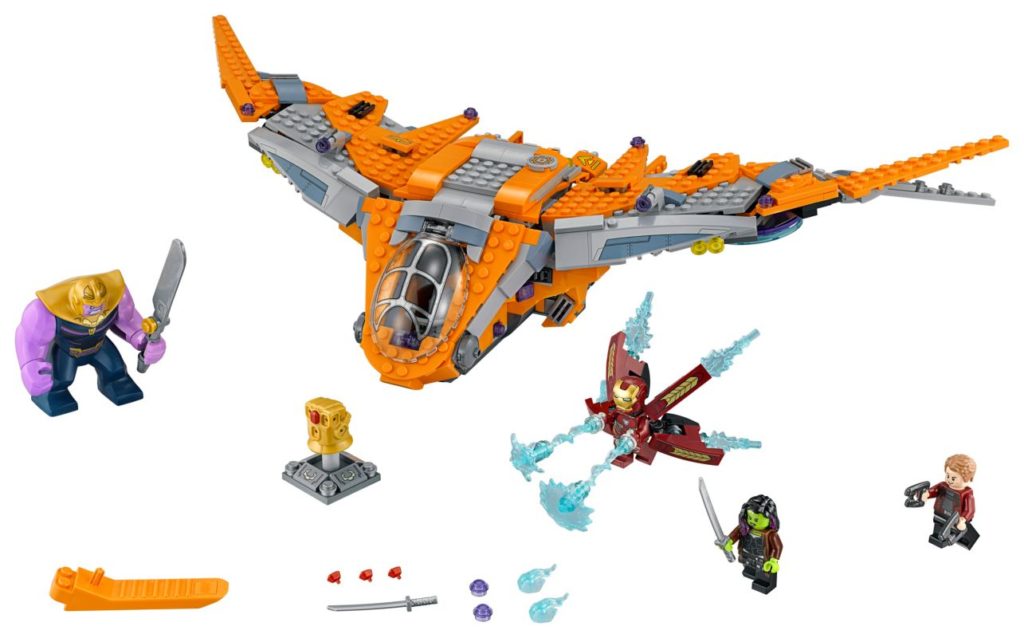 The big figure Thanos in this set comes with an Infinity Gauntlet and one red (Reality) Infinity Stone, a gauntlet stand and a sword. You can collect the other 5 Infinity Stones: Space Stone (blue), Power Stone (purple), Mind Stone (yellow), Time Stone (green), and Soul Stone (orange). 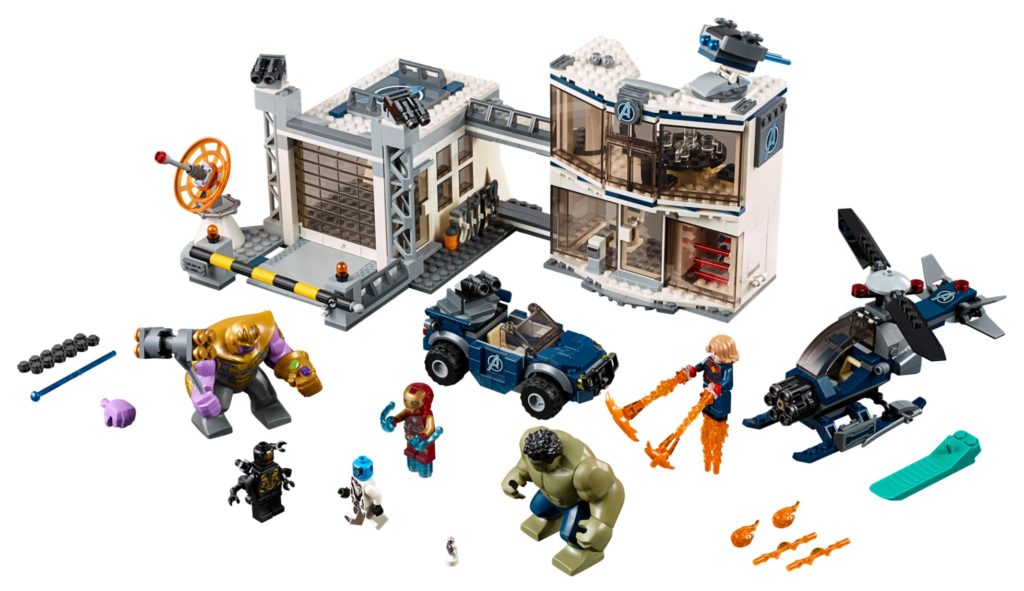 This Thanos big figure was released new in March 2019. He has a giant hammer-like weapon, an Infinity Gauntlet with a purple stone (Power) and green stone (Time).

This product shows as “retired” on the LEGO website, but may still be found in the secondary market on Bricklink, eBay, or other sites. This Thanos comes with stud-shooting boots and no Infinity Gauntlet. His outfit is different, as it is from earlier in the movie series.

What If I Just Want A Thanos Big Figure Alone?

Do you really need to buy a whole set to get our hands on Thanos? Of course not! Sites like Bricklink and eBay offer individuals selling Thanos big figures by themselves at prices as low as $5 to $20 and up (depending on which figure and gauntlets).

If you just want Thanos or the Infinity Gauntlet (without stones), you can find those on FirestarToys.com.

Marvel fans may want to also check out our articles on the Top Five Custom Marvel Minifigures and LEGO Marvel – Top 10 Minifigures.

A talespinner at heart, Teddi Deppner encourages the willing suspension of disbelief. Toy photography is an invitation to enter into an alternate reality, one shaped and shaded by the eye and heart of the photographer. Discover the worlds that exist through her lens on Instagram: @mightysmallstories (link: https://www.instagram.com/mightysmallstories/ )