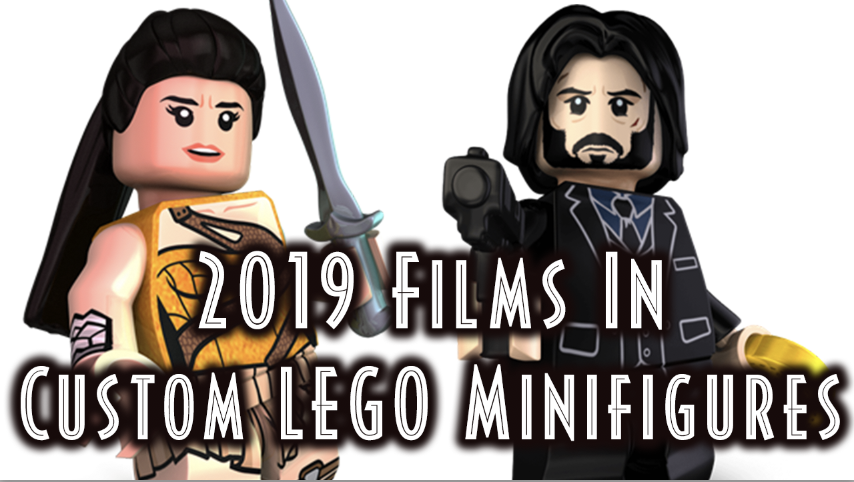 As you may or may not be able to tell by my passion when it comes to writing about the latest and greatest cinematic blockbusters – I have an absolute passion for talking about film and cinema. Cinema is by far one of the most creative mediums through which we can express ourselves – so when you marry that with LEGO, you really do have the perfect combination of creativity and physical representation. With that in mind, I wanted to sit down – look at some of the upcoming film releases I am excited for, and some of the custom LEGO minifigures which you can purchase here to help you explore a little bit of that story.

Let’s jump into it – get those 3D glasses on, and get ready to tuck into some popcorn! 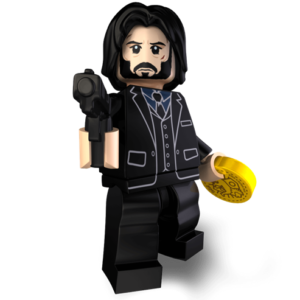 Arguably one of the most hyped films of 2019 – John Wick: Chapter 3 is set to pick up after two incredibly successful box office runs for the first two films. Credited largely as Keanu Reeve’s main return to film since the ever-popular Matrix series, the John Wick saga combines heart-pumping action with more sombre, character-driven moments to create an interesting and immersive world which explores the deep and often shady underworld of the professional assassin.

Whilst I have yet to experience John Wick or John Wick: Chapter 2, I have experienced some of the action sequences through YouTube – and their sheer attention to not only visceral, militaristic detail but also pacing and beat really is on a level itself. Of note to me is one sequence from John Wick: Chapter 2 – which follows the character as he mercilessly talks his enemy through dark and dreary tunnels, switching between a plethora of different firearms as he does so.

It’s no doubt then that the character of John lends himself very nicely to a LEGO interpretation – and luckily the guys and girls at Minifigures.com have got you covered. Their version of ‘John Brick’ includes the beautiful BrickArms UCS Sidearm and a custom printed underworld coin – the perfect currency for purchasing a whole assortment of new BrickArms and SI-Dan weapons to wipe out the criminal underworld! If you’re excited for this film too, and want to own a small piece of the action, then you can pick John Brick up here today.

You can also enter Phil’s great review on this minifigure, here. 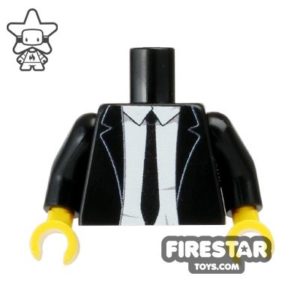 Another popular franchise is getting another adventure in 2019 – with Men in Black: International following two new Agents played by Chris Hemsworth and Tessa Thompson as they break out into the wider Men In Black world. We’re set to visit an assortment of different locations in this film – with the United States, London, and possibly Egypt all appearing to pop up within this film. The MIB have always been a consistent theme of pop culture – even beyond the film series of the name, so having clandestine operatives decked out in the latest and greatest suave fashions really can be quite a bit of fun – especially when those characters come in the LEGO variety.

Looking to make your own secret agents to join your MIB ranks? Firestar Toys offer some fantastic custom-printed suit pieces for the occasion! 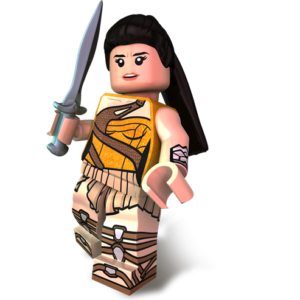 Not to be outdone by the Marvel superheroes who are currently dominating the airwaves, we are also due to have Gal Gadot return as the ever-incredible Wonder Woman later in 2019 – once again donning her Amazonian Goddess attire to take battle to evil and villainy across the planet. Wonder Woman’s sequel is set in the 80’s, as the title suggests, and is likely to allow Comic Book fans to revisit previous eras and characters who they may not have otherwise been able to see on screen.

Wonder Woman has, undoubtedly, been one of the biggest hits in the DC Cinematic Universe so far – with critics and fans praising it’s empowered and strong portrayal of Diana in all her glory. Now it’s no secret that the LEGO representations for this initial film left a little to be desired – but luckily, a little birdy tells me that there is still a way for you to add a highly-detailed recreation of this character to your collections.

Released alongside the first Wonder Woman film, Minifigures.com bring you their interpretation of the ‘Amazon Wonder’. Complete with three hundred and sixty degrees of print detail across the minifigure, this really is a wonder to behold – if you’ll pardon the pun! The Amazon Wonder also comes packing the beautiful silver sword mould first introduced in the LEGO the Hobbit line – meaning she is ready to kick blocks and take names at a moment’s notice!

You can still get your own Amazon Wonder today by visiting the Minifigures.com store. 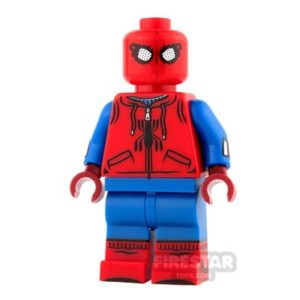 I think we’re all still recovering from the ground-breaking impacts that Avengers Endgame will have on the MCU – I know I certainly am! But the show will go on, and Spider Man: Far from Home is set after the events of Avengers Endgame, once again exploring how fan-favourite character Peter Parker juggles the responsibilities of being a superhero with the trials and tribulations of growing up. The film has already promised big names – with Jake Gyllenhaal taking on the title of the ever-popular Mysterio, alongside Samuel L Jackson returning to once again adorn a S.H.I.E.L.D badge as everyone’s favourite shady super spy – Nick Fury. The film already has an incredibly strong roster – and LEGO’s offerings for this film were rather good, with well-detailed figures and characters we haven’t seen before really connecting with fans after a mediocre representation for Avengers Endgame.

However, eager Spider-Man fans are keen to point out that we are still yet to receive Peter’s iconic homemade suit from Spider-Man: Homecoming, and it doesn’t seem as if this variant is on the cards for an official LEGO release anytime soon. Luckily for all of us, Firestar Toys have taken this in their stride – producing their absolutely gorgeous Spiderman Homecoming figure which truly is the character we always wanted but never got. 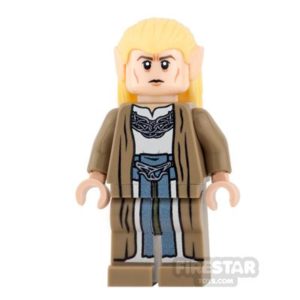 Lastly for today, I think we are going to touch on a slightly different film – but one which I am excited for nonetheless. Tolkien promises to explore the mind of one of the greatest creatives of our time – exploring how not only his experiences shaped him, but also how The Great War influenced him and his creative vision. Considering that Tolkien is famed for works such as The Hobbit and The Lord of the Rings – it does not need to be stated that his work has had a deep and lasting impact on the world.

That impact has rippled into the world of LEGO too – spawning videogames and an assortment of stunning Lord of the Rings and Hobbit sets which fans of all ages have been able to appreciate. Beautiful vistas and gut-wrenching battles have been recreated in intricate detail – and now, even some of the characters have earned a little extra love.

Firestar Toys have a series of three custom LEGO minifigures of Tolkien-inspired characters which you can pick up RIGHT NOW on the Firestar Toys store: Celeborn, Eowyn, and Faramir. 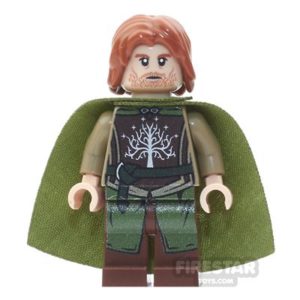 To conclude – it is undeniable that there are rich and deep links between the LEGO products we love, and the films that we enjoy. Multimedia properties often leave us longing for more – and Custom LEGO minifigures or sets can be an incredibly visual and physical way of immortalising those shows and properties that we love forever.

Let us know if you have a favourite from these Custom LEGO Minifigures – and equally, let us know if you are looking forward to these films! As always, stay tuned for more blogs here on the minifigures.com blog very, very soon.

If you want to know which films have official LEGO minifigures, this is a good place to start!