Did you know a baby can recognise a face within a week after birth? An infant gets to recognise its parents face pretty quick, don’t you think, which is useful since they depend on them for everything. And before long they will become a face-recognition expert.

The ability to recognise faces is so important in humans that the brain appears to have an area solely devoted to the task: the fusiform gyrus. Brain imaging studies consistently find that this region of the temporal lobe becomes active when people look at faces. 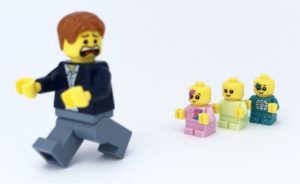 Don’t worry it’s ok, this is not a blog about babies or the brain. There most probably is a blog out there somewhere, and it will most definitely tell you all about those topics, but this blog is all about the face and to be more specific the minifigure’s face. What do the LEGO faces say to you? Well, today it can say anything it wants to, it can portray any expression and emotion and I’m sure we will get the emotion it is trying to tell us.

In 1978, the first true LEGO Minifigure with posable arms and legs was born and yes, it came along with the “classic smile expression” which we all know and love till this day. Now who doesn’t love the classic LEGO Minifigure face? If you’re of a certain age, then you will remember that was the face of LEGO. 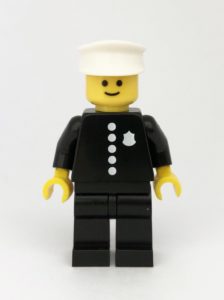 Off topic! Or not: The Smiley Face

In 1963, a graphic designer named Harvey Ross Ball created the symbol for the State Mutual Life Assurance Company (now Allmerica Financial Corporation) in Worcester, Massachusetts. [Ball] was commissioned to create a graphic to raise morale among the employees of an insurance company after a series of difficult mergers and acquisitions. Hence the smiley face was born.

Which makes me wonder… Was LEGO influenced by the smiley face at all? Does LEGO’s classic smile face have the same affect? It most definitely has a happy positive effect for me. The simplicity of the two dots for eyes and the turned up line to make the mouth and give us that smile just makes me smile every time I see it. Why wouldn’t it?

In 1989 LEGO Pirates was introduced, it was the first minifigure with different facial expressions and body parts. Spikes of hair were printed to the front of the face to make a fringe. The other facial features added were the male pirates had stubble added in the form of dots, moustaches, and lines to resemble beards. An eye patch was introduced to give that classic pirate look also, and the female pirates had a thicker red line added to give them fuller red lips. 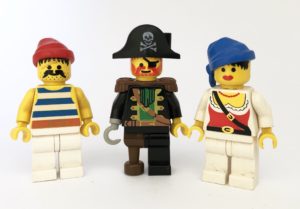 In 1992 this was the year we saw some new LEGO faces in the form of space police. These had a head piece in the form of a headset printed onto the face. We also saw sunglasses printed onto the face, and the lady’s given waterproof makeup which composed of giving them proper shaped lips with red lipstick and what looks like eyelashes coming from the eye? And also we saw the first minifigure head with freckles added to the face. 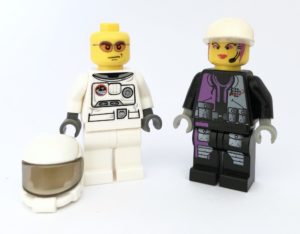 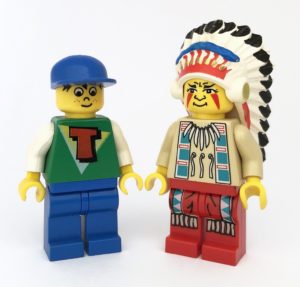 In 1999 minifigures change forever with the release of the first LEGO Star Wars sets. The LEGO minifigure face was changing to look more like the character it was trying to be and not just the classic two dots and a smile. 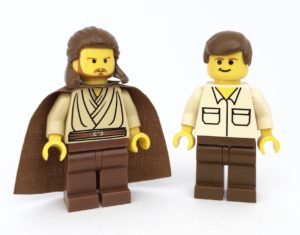 In 2001 the first minifigure was released with a two sided minifigure face print, this was in the Harry Potter sets. I like a two sided print the best. It gives you two options to express an emotion. Plus I feel like you are getting better value for money and better use of a part, don’t you think so? LEGO also tended to put more white spots into the black dots of the eye after this date, I think this helped bring the eye to life and give it more expression.

In 2010 the collectable minifigure range was born, which we all love and adore till this day. Look how many different LEGO faces have been produced in that range of figures to date and just seem to keep on going from strength to strength. We have happy, sad, angry, surprised, and confused, the list just goes on. 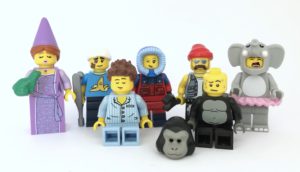 The date is 2014 and I couldn’t talk about facial expressions in minifigures without mentioning the LEGO Movie in this blog, and yes, you know who I am going to mention don’t you? Emmet! Just look how many facial expressions we got with the Emmet minifigure and all thanks to LEGO for making a movie. Emmet’s face is almost a classic in its own right, his face is made up from the basic form of two dots and a smile (which could also be used for either sex), but his dots and smile are made up by morphing the dots and smile into different shapes and putting them into different positions to help portray an emotion which we will recognise and understand. 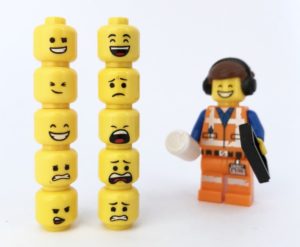 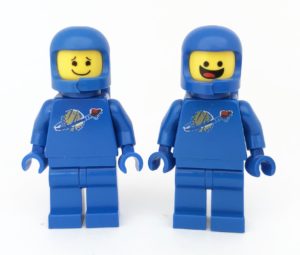 It’s 2019 onwards, and we come to the custom side of things. There are some great custom LEGO faces out there and not made by LEGO. Most of my favourites come from Firestar Toys and Minifigures.com and come in the form of zombie minifigure faces, but they have a lot more than just zombies. They have a whole range of different LEGO faces ranging from Celebrities to Film and TV stars, Sci-Fi to Gaming. But one of my favourite characters which is printed by Firestar Toys, is in the form of Jack Skellington from the film Nightmare before Christmas (and sorry LEGO but Firestar Toys’ printed expression is better if you ask me). But they could do even more expressions for Jack if they wanted, as he has a great expression range. (Hint, hint, pretty, pretty please) 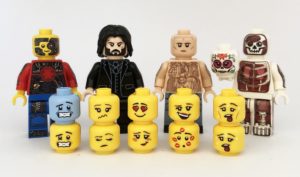 Is there an expression or type of face you would like to see printed that hasn’t been done before? I would love to hear from you if you have an idea or an expression. Just pop us a message in the comment box, you will find it down below at the bottom of this blog. Cheers for now.

All images are taken by Pinar