Here’s a recap. I think MiniBob is a Superhero or a Crime Fighter or something. I found a whole bunch of things that led me to believe he’s into some crazy stuff….

And so I got Agent Sculder and Agent Mully on the case to follow him….. 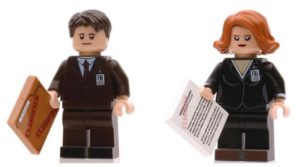 A few nights later, MiniBob said he was heading out to see some friends. I knew my agents were on it, but what I didn’t expect was when they called me at 3 am to tell me their findings…..

I woke up all groggy. Who was calling me at 3 am?

Sculder’s voice came through the other end; calm but panicked.

‘I am now’ –  I sarcastically replied.

‘Good. I think we’ve got an issue. We’ve been following MiniBob for about 8 hours and he has changed into some sort of an outfit. He’s got a lot of guns on him and he seems to be staying in the shadows. We thought we could see him holding what looked like a police scanner. Suddenly he shot off. Mully followed him frantically and found him standing outside of the Main Bank on the corner of 45th and Wellington. The alarm of the bank was going off and I think a heist is in progress…. MiniBob is just standing outside. What shall we do?’…

Suddenly the call got interrupted…The next thing I heard was Bang Bang… followed by Sculder shouting,

My heart was pounding. I kept shouting for some sort of a response… Were the agents ok? Was MiniBob ok?

I kept shouting ‘Are you all ok?’

‘Bob, it’s not pretty, you need to get down here quickly. …’

Then the line went dead. Grabbing my keys, I went tearing down towards Main Bank. I kept calling Sculder but getting voicemail. I tried to call MiniBob directly. But even that was going to voicemail.

What was going on?

My palms started to sweat as I felt my foot weigh down on the pedal. I kept getting faster and faster, yet everything seemed to be happening in slow motion….

A LEGO Wishlist: Which Minifigures Should LEGO Have Made?