First things first: I have never been a huge fan of zombies, LEGO or otherwise. It wasn’t for lack of trying, I did read the first 10 or so volumes of the Walking Dead, watched several episodes of iZombie – which turned out to be more fun than I expected – but the overall idea of someone coming back to life after death never seemed too appealing to me. To be honest, they creep me out more than any other supernatural creature, so I try to stay away as much as possible. Why I’m writing a whole article on LEGO zombies when that’s the case is totally beyond me.

I have a couple of hundred minifigures in my collection, and by now you probably know that I’m really picky about what I buy. Zombies are on the “definitely do not get” list for me. However, a few years ago, a friend of mine started a series of pictures featuring 3 minifigures: #TwoBrosandaZombie. For some reason, I really liked the zombie character he created, so I made one for myself. Zombro was the first zombie minifigure I had in my collection for a while. Soon after, LEGO released the CMF Series 14 with the Zombie Cheerleader. I didn’t want Zombro to feel lonely, so I got him a friend. 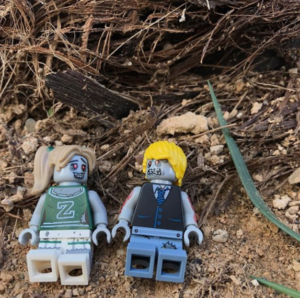 These two are the only zombie minifigures in my collection up to this day.

You can say “So if you dislike zombies this much, why are you writing about them?” A very valid question. While I do dislike them, I have an interest in minifigure design – or design in general. The LEGO zombie minifigures may not appeal to me, but when it comes to custom zombies, I just love the details scattered here and there. It may be the name, the description, the accessory, or the minifigure itself, but there’s always something that makes me smile. True, it’s not enough to make me get it, but that doesn’t mean I don’t appreciate it. 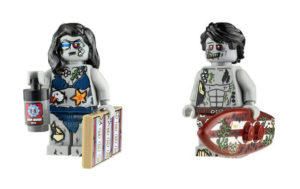 If you’re reading this, you probably know the newest custom LEGO zombie minifigures released by Minifigures.com: Sandy Corpse and Sharkbait. That couple is the inspiration of this article. When I first saw their images, mainly Sandy’s, my face turned into that emoji with heart eyes. Seriously. The first thing that came to my mind was “OMG! There’s a seagull head on her torso!” When I saw her backprint, I couldn’t stop laughing. That seagull was stuck in her body! I said “Sorry Zombie Cheerleader, but I think you’re going to have some competition soon!” As for Sharkbait, I think he and Zombro can be best buddies. After all, Zombro is used to hanging out with cool dudes.

The Zombie is in the Details…

I’m almost certain that wasn’t how the saying went, but it feels close.

If you’ve been following our blog for a while, you know all of us tend to ramble about certain topics. One of these are the details (or lack thereof) of some of the LEGO minifigures. We talk about how they can be improved, how they change the minifigure completely, and how LEGO should focus more on them. Of course we’re all looking at things from our point of view, which is to be expected. But I doubt even with today’s technology and possibilities, it would be cheap to have dual-moulded legs or 360-degree prints all the time. Not when you’re mass producing, and not when you’re not sure whether they’d catch on or not.

Custom printing, on the other hand, is less risk-free. Okay, so I may not know how much a batch of minifigures would cost, but it’s possible to print a few, see if people buy them, and print more if they do.

With zombies being popular as they are, it’s no wonder FireStar Toys have several custom zombie figures. In case you missed them or, like myself, never had any interest in them, let’s take a quick look, shall we?

The Boy Who Died – Harry Rotter 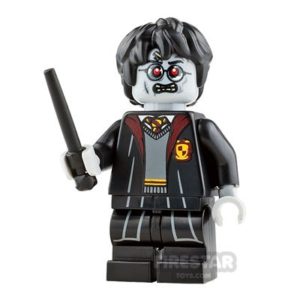 Nothing seems to be special about this one. It’s almost an exact replica of the Harry Potter figure from the Wizarding World CMF Series, save for the hair and the wand. The face, of course, is custom printed and is fit to be a zombie. While the overall design isn’t very different than the original, the name alone is enough to make me smile. And if I’m being honest, I thought it said “The Boy Who Died – Harry Potter” right until I started to write about him. Harry Rotter is a pretty nice touch.

Also, it reminds me of this meme I saw a while ago online. 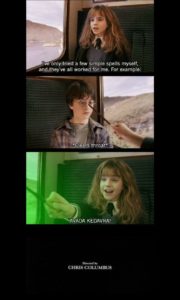 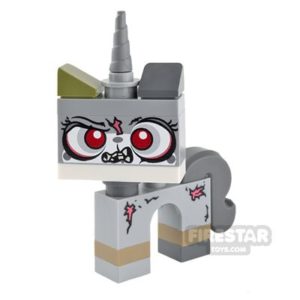 We’ve seen many different versions of Unikitty. She even got her own CMF Series and sets. Being a brick-built figure, it’s much easier to find her parts and print on them. What caught my eye with Zombie Kitty is that Unikitty’s tail piece is usually a single colored part with another color printed on it. The plain versions of that part rarely appear in sets connected to Unikitty, and she herself never has a plain tail. I was shocked to find out that the dark bluish gray version of the part is only present in the Detective’s Office set. You see, it’s not enough to need a certain piece, you need to know where to find it, too. It may seem insignificant, but if you ever designed anything, be it a LEGO model or something else, you’ll know what I’m saying is true.

Night of the Living Veg 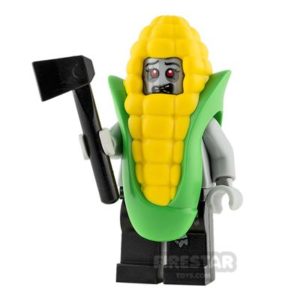 I have a strong feeling that the name is a reference to a cult zombie film. No, of course I haven’t seen it. Haven’t you been paying attention? Zombies creep me out, man! And a giant corn-zombie? I’ve started running when I heard the word “giant”!

Jokes aside, I really do like the reference and the corn lady. And very curious about whether she has a printed torso underneath that corn or not… 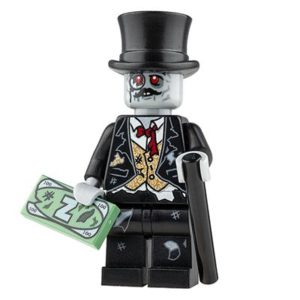 So this is what happens when a nobleman comes back from the grave… very interesting indeed. Apart from his tattered suit, he hasn’t lost a touch of his nobility at all. He still has his top hat, monocle, and even his cane. And of course, how can I forget about the currency of the Zombie Nation. Money, after all, opens all the coffin lids and graveyards, right?

Somehow this figure reminds me of another wealthy character – except that one is more white and has a beak. 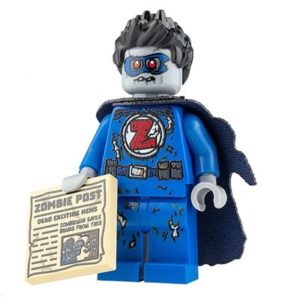 Finally! With all the zombies “running” around, someone was bound to get in trouble! Those pesky humans with their guns and machetes… If any zombie is in ‘grave danger’, Zombieman will come… flying? Well, let’s just say he’ll come and leave it at that. And apparently, he’s very ‘deadicated’.

Even though I’m not a huge fan of zombies, and more specifically, LEGO zombies, I still think they look pretty cool. Like I said before, Sandy Corpse definitely has a place in my collection. As for the other ones… well, everyone have their interests, right? Some like Marvel, others prefer DC, and apparently, a huge percentage of the world’s population like zombies. Who am I to judge?

Although, maybe I should find someone who is ready for the zombie apocalypse and stick with them. Hey, that gives me an idea…