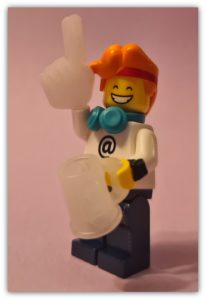 Quite often, when AFOLs discuss minifigures, it is rarely for their playability in a particular set; usually it is their scarcity, the printing on the body (or accessories) or how they fit into a particular collection. In this article, I am going to look at the signature figure, or “sigfig” as it is more commonly known.

To me, having a signature figure makes that LEGO figure the greatest minifigure of them all.

What is a signature figure?

In usual terms, a signature figure is a LEGO figure that represents the person themselves; a mini-me if you like. However, this isn’t a hard and fast rule; because LEGO allows the user to be creative and express themselves in whatever way they want, then it could be that someone’s sigfig is actually a creation that bears no resemblance to the person at all; but it is the figure that the person might use in specific situations.

Typically, though, the figure will be a standard LEGO minifigure, rather than a character such as Unikitty for example.

Why do I need a sigfig?

If you have built a really cool layout (for example, created a whole street scene), then your signature figure can be used to put “you” right into the action. You could help Batman save the man from the hold up in the Downtown Diner; you could be the Film Noir Detective’s special sidekick; and for a political spin, even be Boris Johnson’s Special Advisor! 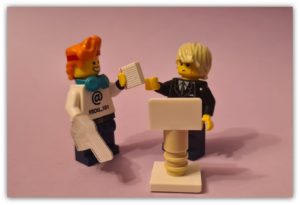 (just for clarity, this version of Boris is my own creation from the parts I had in my toybox)

If you have a digital presence, then your sigfig can be the primary subject in your LEGO images.

If you work for LEGO at a senior level (or if you just want to be really cool) you can have a sigfig as your business card. However, it is worth noting that if you are doing this for yourself, be prepared; printing costs will not be cheap compared to making actual business cards with your sigfig printed on the back! 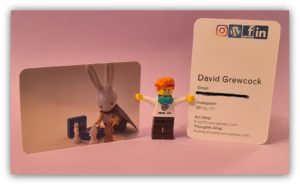 These business cards were designed by me and printed by moo.com; I liked the fact I could use my own image on the back; perhaps next time I might even use a sigfig as the image!

How do I get a sigfig?

Because LEGO is so available almost everywhere, you may find that most of the parts you need are readily available. However, what you will probably find is that a standard LEGO figure will not quite match, and you will need to mix and match. That’s fine if you have a large supply of figures and figure parts, but more likely you will want to head over to somewhere like Firestartoys where you can get the specific parts you might need. Realistically, that will then make your figure unique; you could even get a blister box and make it a collector’s item!

I said earlier that although for the most part your sigfig will look like you, “you” change all the time. In my case, my hair has gone from brown to blond (and purple for a couple of weeks!) and from short to long. In summer I wear T-shirts and in winter I wear jackets (and in lockdown… well, you get the idea!) Consequently, I do have a number of figures. The image below shows those figures. 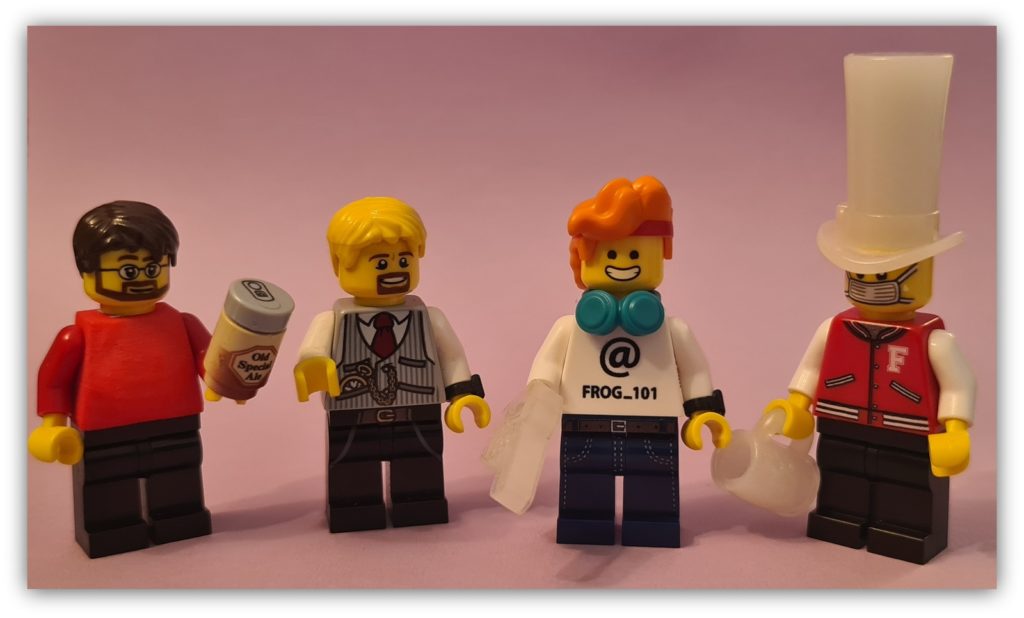 The challenges of making signature figures

One of the biggest challenges that may be faced when making a signature figure with a likeness is that it will not match and there are inevitable compromises. As an example, in real life I do not have a full beard but have a round goatee (apparently, the style is a “tamed circle beard”, which is nice); however, I do wear glasses. There are many LEGO heads that wear glasses and many styles of beard; but there doesn’t seem to be one that has normal glasses and my beard (although I have found one that has sunglasses, which is cool for summer) 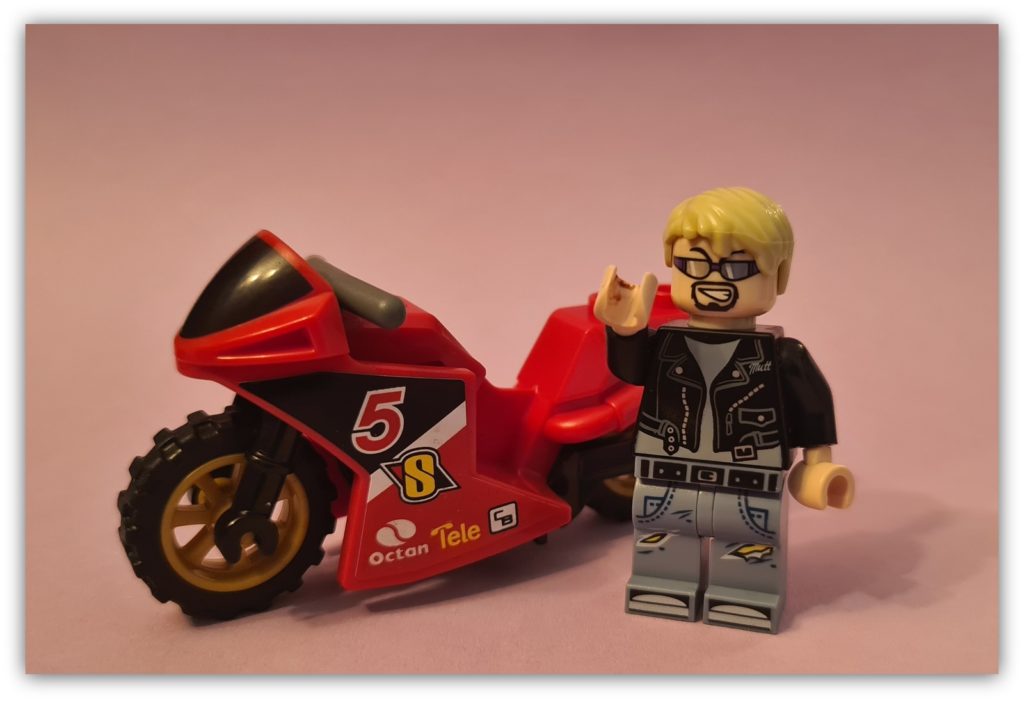 It is probably worth touching on this; typically, because for many LEGO figures are seen as little more than toys. As someone who collects LEGO figures (and other pop art collectible toys) I can understand that a non-standard LEGO figure, with limited run printing, will be more expensive than a standard figure; however for many parents it won’t be seen this way because it will look like pretty much every other toy in the box.

So, the costs will depend on whether you have created your figure from:

My current sigfig is a collection of nearly all of the above! The legs are from my toybox, the hair comes from a collectible minifigure; the headphones were from a Monkie Kid set, the head came from Firestartoys (as did his watch, which nearly all my sigfigs wear when they are on duty!); the torso was specially printed by Firestartoys and the foam hand came from a Kickstarter campaign. 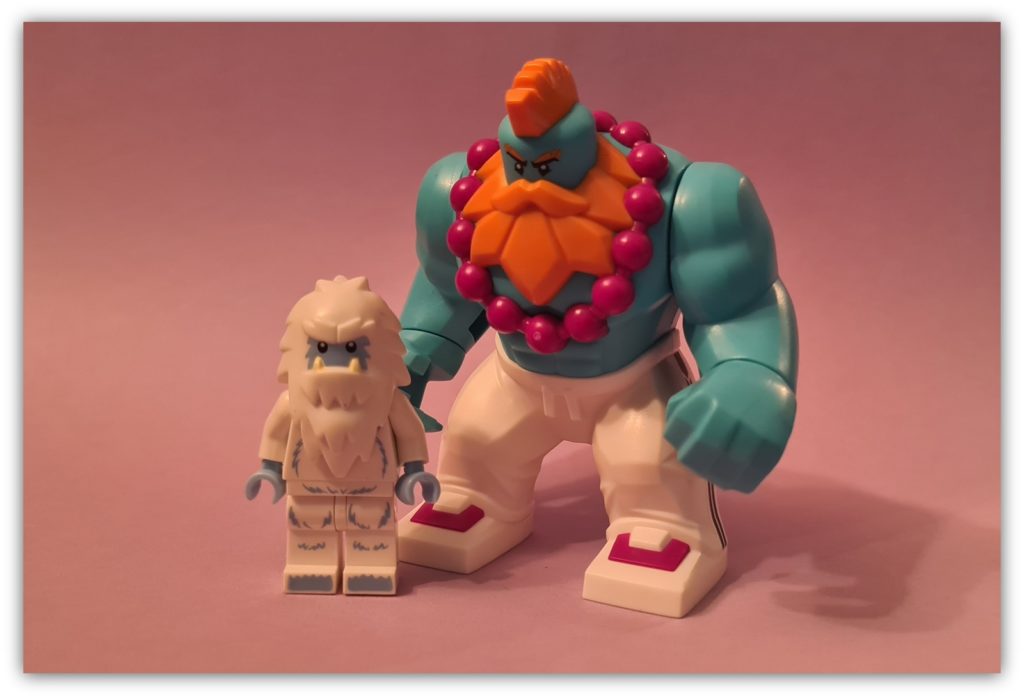 You could have a sigfig that is a standard LEGO figure; but realistically only you would know it was your signature figure; most people would just see it as a standard LEGO figure; only a very small percentage of people will look like a yeti or Sandy! A proper sigfig will have something about it that will make people realise that this is not a standard figure, but something else; something special. You may even be asked “is that supposed to be you?”; and if you do get asked that then you know your figure is your sigfig!

Although a figure is effectively made up of just four parts (legs, torso, head, hair) there are many combinations and possibilities in just those four parts; and of course you can further make it more unique with addition of other accessories, such as beards, watches and the like. Additionally, with pandemic still hanging around, there are further options whether you decide to use a head with a facemask on or have your figure wear a bandana!

Something will hold true though. If you make your sigfig yourself, it will be unique; and that will make it the greatest minifigure of them all. 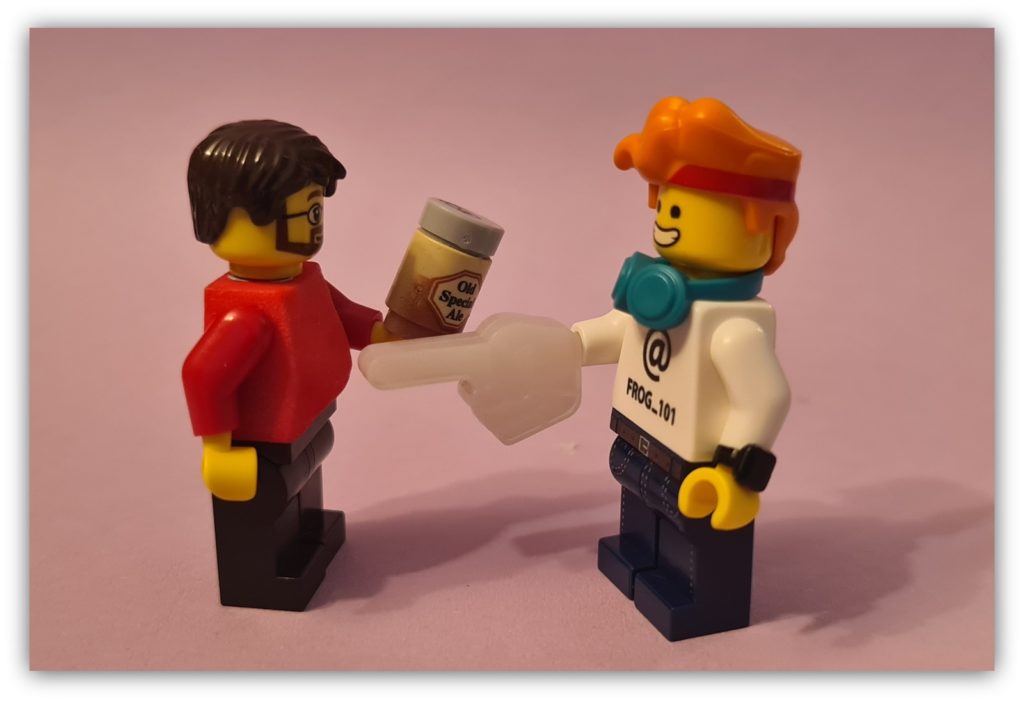 LEGO Science Fiction Minifigures – Are they back?