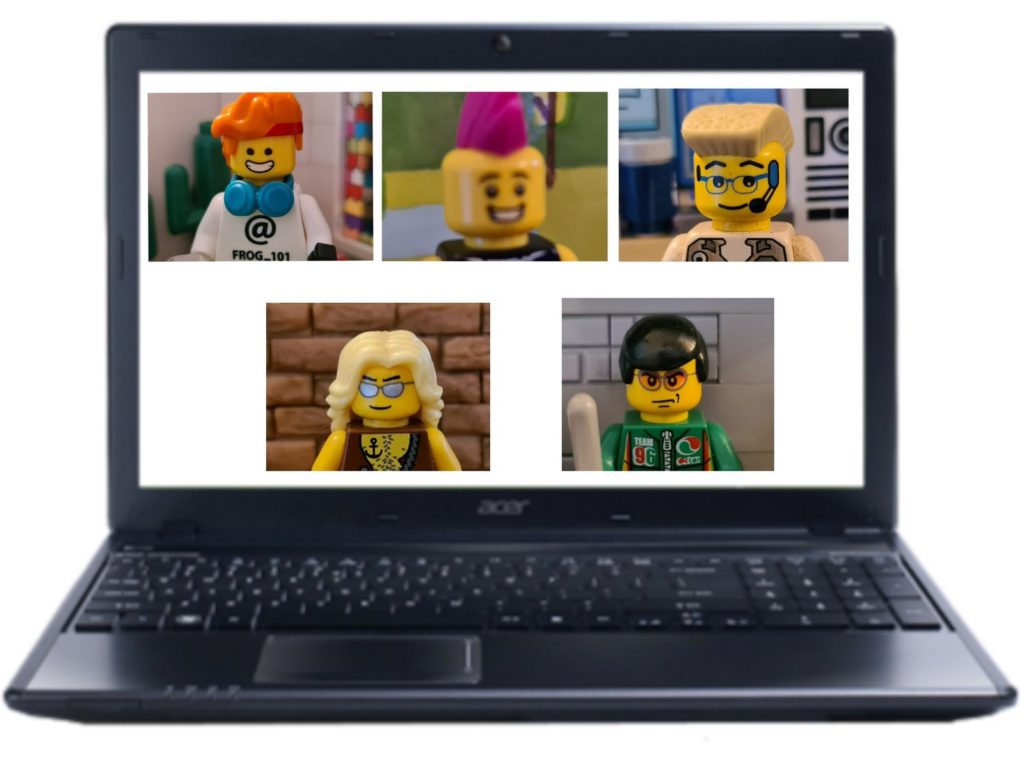 Back in 2011, LEGO released the Punk Rock collectible minifigure. From that (and from other figures that I had), I created my own LEGO rock band that were called “Pick ‘n Chew”. Over the years I have changed the microphone, drums and guitar as new versions were released. The band itself is made up of four musicians; Pick as singer, Chew (lead guitar), Bam (on drums) and Trevor (rhythm guitar).
I decided with the lockdown still in force, I would get in touch with the band and see how things were going. This is the transcript of the interview. 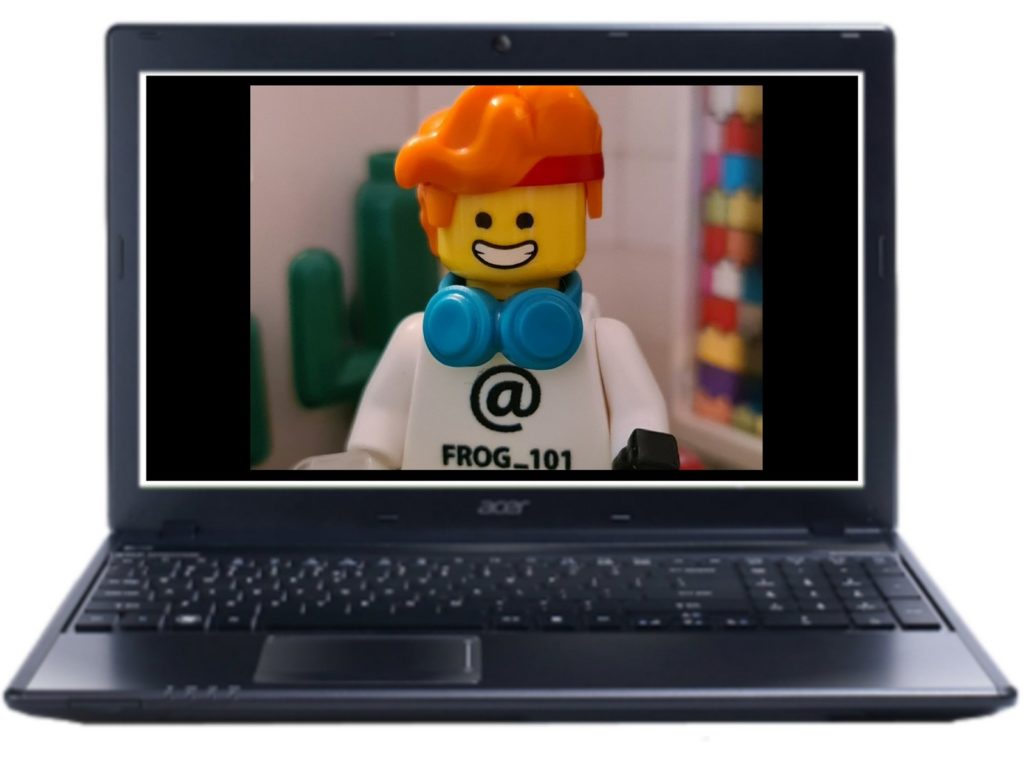 Bam: I’m not locked down.
Trevor: Yes, you are Bam; you’re not supposed to be going out at all!
Bam: But I don’t go out anyway!
Chew: I’ve learned to play the guitar!
Pick: Well, I think everyone has… sorry, Chew, did you just say you’ve learned to play the guitar?
Chew: Yes, I never bothered to learn before. I just used to see what happens!
Pick: Man, we’ve released over thirty albums, been on countless tours and you’re only now starting to learn to play the guitar?
Chew: Yes, neat, isn’t it! Hey Trevor, did you know that some guitars have whammy bars?

Trevor: (eye roll)
Pick: So apart from that surprise revelation, I think we’ve all used the time in different ways. I’ve been in the studio pretty much full time working on the next release.
Me: Is this an exclusive? “Pick ‘n Chew” are going to release a new album?
Pick: No, nothing like that. I’m starting to think that the day of the album release is numbered; nobody buys albums anymore. The future is streaming, so all I need to do is create a playlist, or mix a bunch of tracks, put it up on SpotMixFixBrickcloud and then there it is; instantly available for everyone to enjoy. I don’t even need to get the guys into the sound room either; I can just work my way through the stuff that we already recorded!

Chew: You could have still asked me to come down.
Me: Chew, you know that you couldn’t travel!
Chew: I know that; since the lockdown we decided as a band that rather than live in different locations all over the world we just all live in the one house; Pick’s mansion house is huge, so we all moved in there. Bam’s actually in the kitchen right now. It’s only you that’s in another location.
Bam: Hey, anyone want a coffee? I’ll bring one up in a moment!
Me: Okay, that makes sense, and I suppose if you’re all in different rooms you can have your own window in the conference call. So, it’s been a while and I’ve asked your fans for a few questions that they want to ask you. Ready?

Pick: Sure, fire away.
Me: The first question is from Rachel and she asks: “I’ve seen you play live and you always have a keyboard player, even though you have always said you don’t use them. So, who is the keyboard player?”

Pick: Hi Rachel, thanks for the question. Our keyboard player is in fact Trevor’s dad and it’s not a keyboard, it’s actually a light control panel. But it isn’t plugged into anything as our stage lights are controlled by Andrew “Teresa” Green along with the sound desk. We just haven’t told Trevor’s dad yet. I guess he’ll find out now.
Bam: That’s a relief; I thought he was running a drum machine and I was just hitting the round things randomly.
Trevor: Hey Pick, you know that my dad is using a drum machine because Bam is just hitting the drums randomly and is out of rhythm!
Pick: Yes, Trevor, you’re right; but your dad isn’t on this call and I didn’t want to tell Bam that he hasn’t played live since 2005 because we still need his van to get to concerts!

Bam: Hey I don’t care; I might start to learn to play the drums now. Besides, if I know you’re not relying on me to keep a beat I can start to do really crazy things at the back of the stage now! Woo hoo! Pyrotechnics, baby!!
Me: You guys are crazy! Our next question is from Simon and he asks: “What was your favourite album to work on?”
Chew: Hey, that’s a great question! My favourite album must be “Not Another Love Song” mainly because we used some really weird short guitars…
Trevor: We used banjos…
Chew: … and they made a cool noise. Diddle-angle-dangle-twang!!
Bam: My favourite is Sergeant Pepper’s Lonely Heart Club Band.
Trevor: Bam, that’s the Beatles; you never worked on that!
Bam: I work on it all the time; it sits under my laptop!
Pick: That’s a tough question. We’ve recorded so many different styles of music and each one had its own interesting things. I suppose the most challenging album must be the third album, “In Search of the Second Squeal” when we recorded the whole thing live at the Bricksburg Opera House.
Me: That doesn’t sound challenging.
Pick: Well, we weren’t supposed to be there for a start, and the band “One Brick Beyond” were doing their sound check at the same time; we kept unplugging all their equipment to use ours every time they stopped!
Chew: I still have one of their guitars! They should never have thrown it at me!

Me: I think we’ll stop there on that one. Last question comes from Reid and she asks, “When’s the next concert?”
Pick: That’s a really tough question given everything that’s going on in the world. We are thinking about having a concert in the garden of the estate; people can drive in and we’ll play from the roof of the mansion.
Me: That sounds interesting.
Chew: Might have to move the helicopters first.
Trevor: And the alligators.
Bam: It’s OK, the crocodiles ate them last week.
Chew: What, the helicopters?
Me: Thank you all; so, before we go; do you have anything you’d like to say to your fans?
Trevor: Just keep safe. Keep away from the crocodiles; they’ll eat your sandwiches.
Bam: Just thanks and keep rocking.
Chew: We’ll see you real soon; stay safe!
Pick: Just a thank you to everyone out there. Keep sharing your ideas and your creativity and we’ll keep making music. Or making something anyway! Rock On!

A couple of notes on the images:
• The Scenery from Rock of Thrones tour is the Game of Thrones, Iron Throne Room by McFarlane Toys
• Laptop image and editing for images through Picsart and Pixlr on an Android device
• Guitars and drum from Firestar Toys (drum set no longer available)

If you want to read more about musical LEGO minifigures, don’t forget to check out this article here, too.

I’m Think Living with a Superhero – Part 4: The Confrontation