LEGO has produced over a thousand Star Wars minifigures since 1999 and continues to make new ones at an astonishing rate. In 2016 alone, LEGO made 114 new minifigures for the license. Jedi, Sith, droids, bounty hunters, aliens and many more have all made it into LEGO form and as the years go by, these LEGO minifigures tend to get increasingly accurate and detailed, but sometimes it feels like an important character hasn’t had an upgrade in a while. Today I’ll be going through the top 7 LEGO Star Wars minifigures I feel are overdue for a remake. 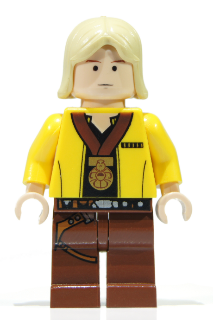 The notorious throne room scene at the end of A New Hope saw the heroes of the rebellion, Luke and Han, get golden medals (sorry Chewbacca). Although Han wore his smuggler outfit seen throughout the movie, Luke sported a unique yellow jacket. It feels like a really iconic design considering he was only seen wearing it for about a minute in the film. The minifigure variant came out alongside the LEGO Star Wars Visual Dictionary back in 2009. Since then, he’s been seen sporting this outfit in a comic run where he goes toe-to-toe with both Boba Fett and Darth Vader between the events of Episodes IV and V. I think it would be awesome to see a re-release of this Minifigure, maybe even without the medal. After all, LEGO has already perfected all of Luke’s other outfits. 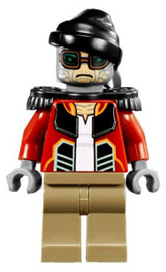 At number 6 is the charming, swindling, double-crossing space pirate Hondo Ohnaka. He made his first on-screen appearance in the Clone Wars in 2008, then in LEGO form in 2009. For his relatively modest screen time, Hondo has encountered a surprising amount of Star Wars characters: From Anakin Skywalker, Ahsoka Tano and Obi-Wan to General Grievous, Count Dooku and Boba Fett, it’s really a miracle he’s survived so long. So far, he’s only made it into one set, although he’s made appearances across lots of Star Wars media. Recently he was seen pestering Ezra Bridger and his crew in various episodes of Rebels. He also made a live action debut in Galaxy’s Edge and was even an antagonist on LEGO’s own Star Wars show: The Freemaker Adventures. So considering LEGO has already rendered an updated version of his minifigure, it would be awesome to get him in minifigure form, especially since he’s a fan favourite character. If LEGO were to update his minifigure, to put it in Hondo’s words, “I smell profit!” 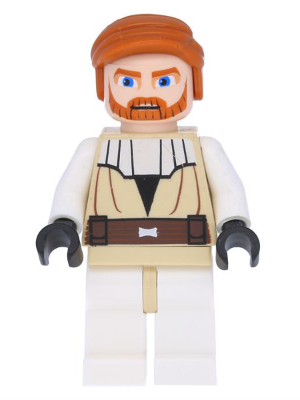 As leader of the 212th clone division, mentor to the chosen one, and everyone’s favourite Jedi, General Kenobi has only ever had one variant. Just to specify, Obi-Wan’s jedi outfit has about 34 variants, this entry refers to his clone inspired armour he sports throughout the Clone Wars TV show. General Kenobi made his debut with Hondo in the 2009 Pirate Tank set, then in three more sets until 2012. Although his outfit still looks pretty cool, his face and hair are definitely in need of an upgrade. The face print is noticeably different in overall appearance to his movie variants (and definitely a little scary) as was common with minifigures from the Clone Wars theme, and his hair mould is exclusive to this minifigure. Considering how popular Obi-Wan has been lately, and with his Disney+ show on the horizon, I’d love to see a remake of this minifigure. 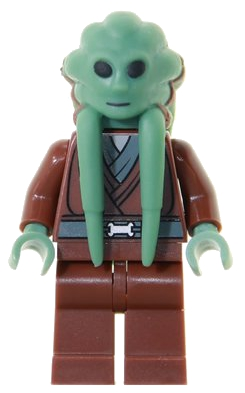 One of my favourite parts of the Star Wars Prequel trilogy growing up has to have been Kit Fisto. With his incredibly unique design and adorable smile, he always stood out from his fellow jedi. His minifigure first appeared in the Jedi Starfighter in 2007, then in Palpatine’s Arrest in 2012. Even though his minifigure still looks awesome, with an exclusive olive-green head mould, he’s in dire need of an upgrade; especially considering all of his Jedi colleagues have gotten tons of remakes. Considering he was a part of the Jedi Council, went toe-to-toe with Grievous AND Palpatine, I’m sure he’ll be remade sometime in the near future. 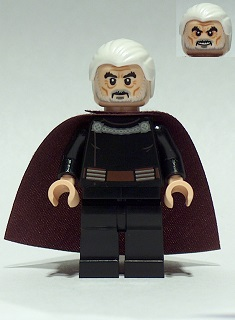 In third place is the aggressive aristocrat and Sith lord, Count Dooku of Serreno. As an ex-jedi master, the ruthless leader of the separatist alliance and apprentice to Darth Sidious, Dooku has always been one of my favourite Star Wars characters. Considering he was such a major character in the prequel trilogy and the clone wars, Dooku has only ever had three variants: one based on his original appearance from Attack of the Clones released in 2002, a variant based on the likeness of the Clone Wars in 2009, and a redesign of the episode II variant in 2013. The most recent iteration of his minifigure definitely still works, but it would be nice to have some more detailing, maybe some leg printing or an updated face. Dooku likely hasn’t been remade for a while because of how few sets are based on Attack of the Clones. In fact, only 4% of LEGO Star Wars sets have been based on the second instalment of the prequel trilogy. But for such a unique and iconic Star Wars character, I think it would be awesome to get an updated Dooku minifigure somewhere down the line, maybe in a set based on the Clone Wars or even the opening to Revenge of the Sith. 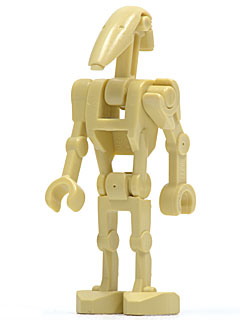 The B1 battle droid is one of the oldest, and most reused LEGO Star Wars minifigures of all time. It’s been around for over two decades since its release in 1999 alongside the Phantom Menace. The simple and effective 5-piece build has appeared in over 60 sets since. Personally, I love the look of the minifig, but I think it could definitely do with an upgrade. Considering how much LEGO Star Wars has changed in the past 20 years, it’s amazing that it still holds up today. That being said, I think this minifig definitely deserves a remake. It would be great to have some articulation in the legs, some eye printing, a backpack or even an antenna for some extra accuracy, especially considering how many sets this minifigure appears in. 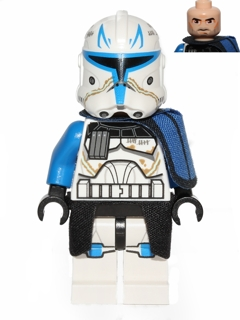 And finally, in first place we have the infamous clone captain of the 501st, Rex. It’s hard to believe that he’s only ever had two different Clone Wars variants for his iconic character: His phase 1 outfit released in 2011, and his highly sought-after phase 2 outfit released in 2013. Although both these minifigures are great and still hold up today, it would definitely be nice to have some updated clones. Considering how unique and detailed Rex’s armour is, it would be great to get an updated version, not to mention it would sell like hot cakes. After all, we did get a 501st Battle Pack earlier this year as well as an updated Ahsoka Tano, so anything is possible…

But what do you think of the list? Are there any more you would have added? Do all of these LEGO Star Wars minifigures deserve a remake? Let me know in the comments below!

I Think I’m Living with a Superhero – Part 1

Exclusive LEGO Minifigures: How Fair Are They?