It’s safe to say that the LEGO Minifigure is something which is iconic. Ever since the first inception of the LEGO minifigure in 1978, it has become a recognisable element of the LEGO brand as a whole – providing added play value to the building block sets which the company produces. As the decades have passed, however, and the LEGO minifigure has continued to change and evolve, so too has the competition – providing interesting and distinctive alternatives which stand out from the original source material by taking bold and engaging decisions which LEGO themselves would never consider undertaking as a part of their brand. 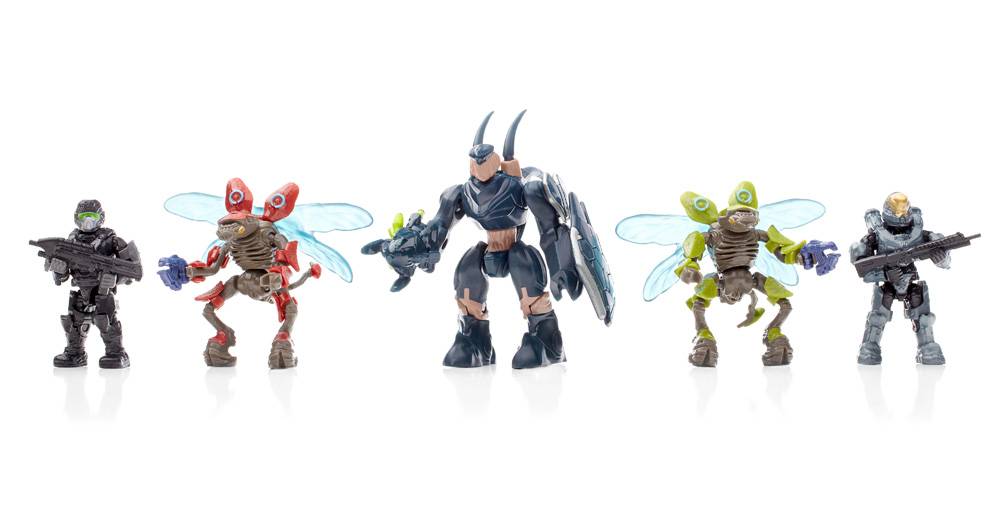 Arguably one of the most well-known alternatives to LEGO minifigures, Mega Construx (formerly Mega Bloks) produce an assortment of different products and lines from different areas of pop-culture which are popular with more adult-orientated audiences. LEGO have always tended to stick to more children-orientated brands and products, and while this has shifted somewhat in recent years with the addition of Overwatch to the LEGO licensed inventory, it is safe to say that the more adult-orientated licenses are where Mega Construx have shined as they are able to tackle them without being frowned upon like LEGO may be. This has allowed Mega Construx to make a killing in tackling video game and pop-culture licenses – with brands like Halo, Call of Duty, Destiny, Star Trek, Aliens, X-Files and more all receiving the Mega Construx treatment.

Not only does the more adult-related nature of the Mega Construx line allow it to stand out as an alternative to LEGO, but so too does its figure design. LEGO’s minifigures have become unanimous with the brand for their quirky and unique dimensions – which have always been far from realistic, but have become distinguishable as a form of brand identity for LEGO. In contrast to this, Mega Construx have never boxed themselves into a corner by using their minifigure design as a key part of their branding – meaning they have been able to grow and expand their offerings.

This has meant that their figures have much more realistic dimensions and accessories – with their recent ‘super-articulated’ miniature figure feeling more articulated than some 3/34-inch action figures. This has lent a lot to the overall appeal of the Mega Construx brand when compared to LEGO – providing figures and characters which are much more dynamic, and have therefore become a hit with diorama creators and toy photographers alike. This focus on accuracy, realism and pose ability has made Mega Construx a worthy alternative to LEGO and their minifigures. 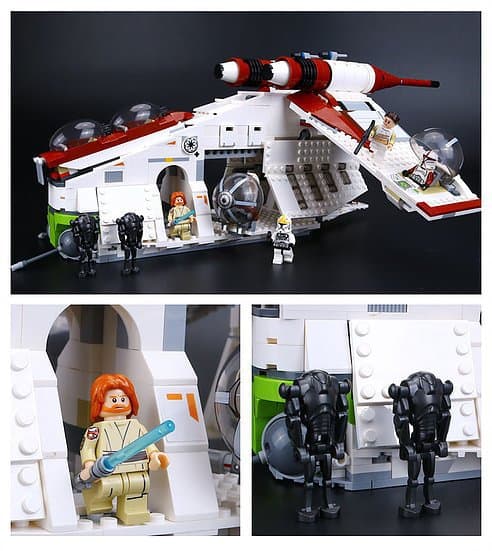 It’s safe to say that wherever there is a successful product or IP, there will be a slew of knock-off and bootleg products which aim to cash in on the success of that product. This has been particularly prolific within the LEGO community – with companies like Lepin creating replica minifigures with slight differences to cash in on the LEGO trend. Often, we will see companies like Lepin directly replicating the LEGO figures at a cheaper quality – ensuring that they are able to turn a quick profit off LEGO’s work. This is a massive grey area, however, as Lepin are not licensed to make these products, and so they are stealing LEGO’s intellectual property. This means that LEGO have the right to legally pursue these companies and claim damages and financial fees from them – but, much like other bootleg companies, once you cut off one head, another tends to grow elsewhere.

It is worth noting that the Chinese Knock-Offs are a particularly interesting phenomenon, as not only do they take LEGO’s official designs, but they have also been known to take the designs of other custom creators and companies – utilising their designs to make a profit. This is where being becomes even more of a grey area – as the customs are not officially licensed in the first place, making it a mess of a legal battle for many companies involved.

It gets even more complicated when this companies originate their own designs – introducing characters and character variations which we have not seen before. Whilst these products are not correctly licensed, they are also not directly ripped from designs which LEGO have made, creating even more of a legal minefield. In short, Chinese Knock-Offs exist to profit from LEGO’s most successful licenses – but create a legal minefield of illegitimate licenses and intellectual property in doing so. 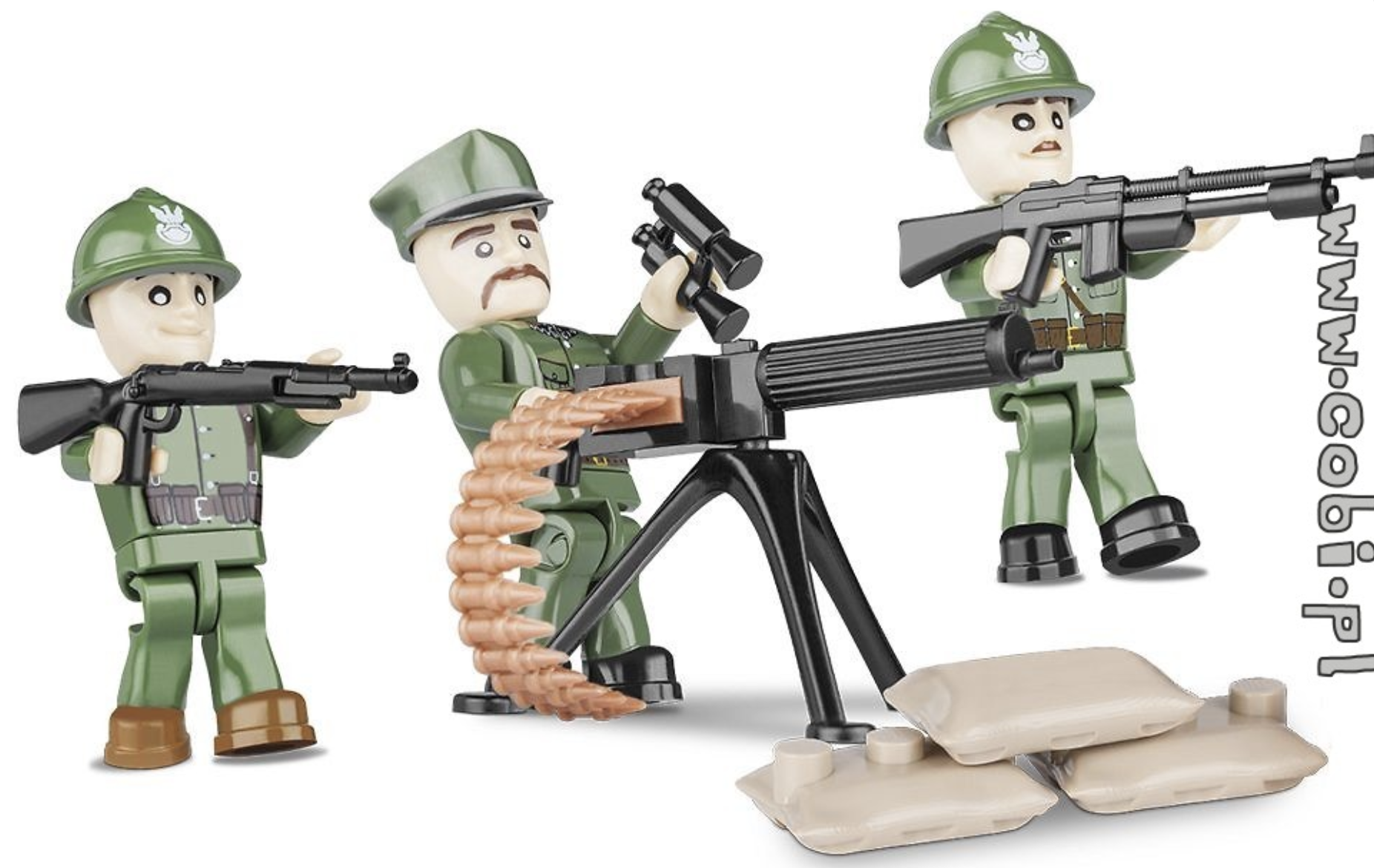 Cobi, Character Building and Other Companies

Like we mentioned earlier in this article – LEGO have built their brand appeal around children, and so the expectation with their licenses is that they will now be appropriate for young people. Whilst this has benefited them in terms of building dominance within the toy market, it has also prevented them from tackling more mature themes. LEGO will not, for example, ever create military-themed sets as these feel too adult for the brand – and this means that other companies like Cobi, Character Building and others have stepped in to create this more adult-orientated licenses.

Cobi are a good example of this as they have managed to generate a lot of financial revenue with their ‘Small Army’ line – creating both modern and historical-themed military sets to fill a gap within the market which LEGO won’t touch. In some ways, this highlights a weakness in LEGO’s overall product strategy – as it often means they leave large voids in the market which they won’t touch, and so other companies are able to sweep in and gain sales and build brand image by plugging those gaps in the toy industry. 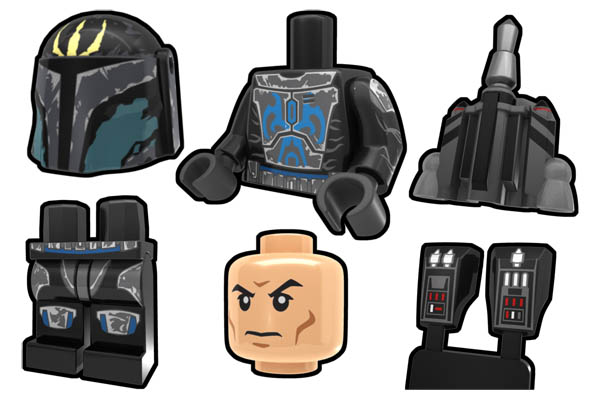 Another thing to consider when it comes to LEGO and their assortment of minifigures is the fact that they must be created within a set budget. LEGO must pay large amounts of licensing fees to work with the licenses they do – and this means that, often, they can only reinvest X amount of money into their minifigures each year. Minifigures like The Wasp is a good example of this – a character who would have benefitted from a brand-new helmet mould but didn’t get one because it would have been expensive, and not reusable enough to justify the investment cost.

This is where third-party companies like Arealight and Clone Army Customs come in, as they specialise in creating third-party accessories and therefore are able to make unique elements which help to make their minifigures more accurate. This shows where alternatives can be more popular than LEGO’s official branded products – as alternative companies are able to invest much more into their own unique pieces and can therefore make the characters and minifigures which they produce much more detailed than their LEGO counterparts. 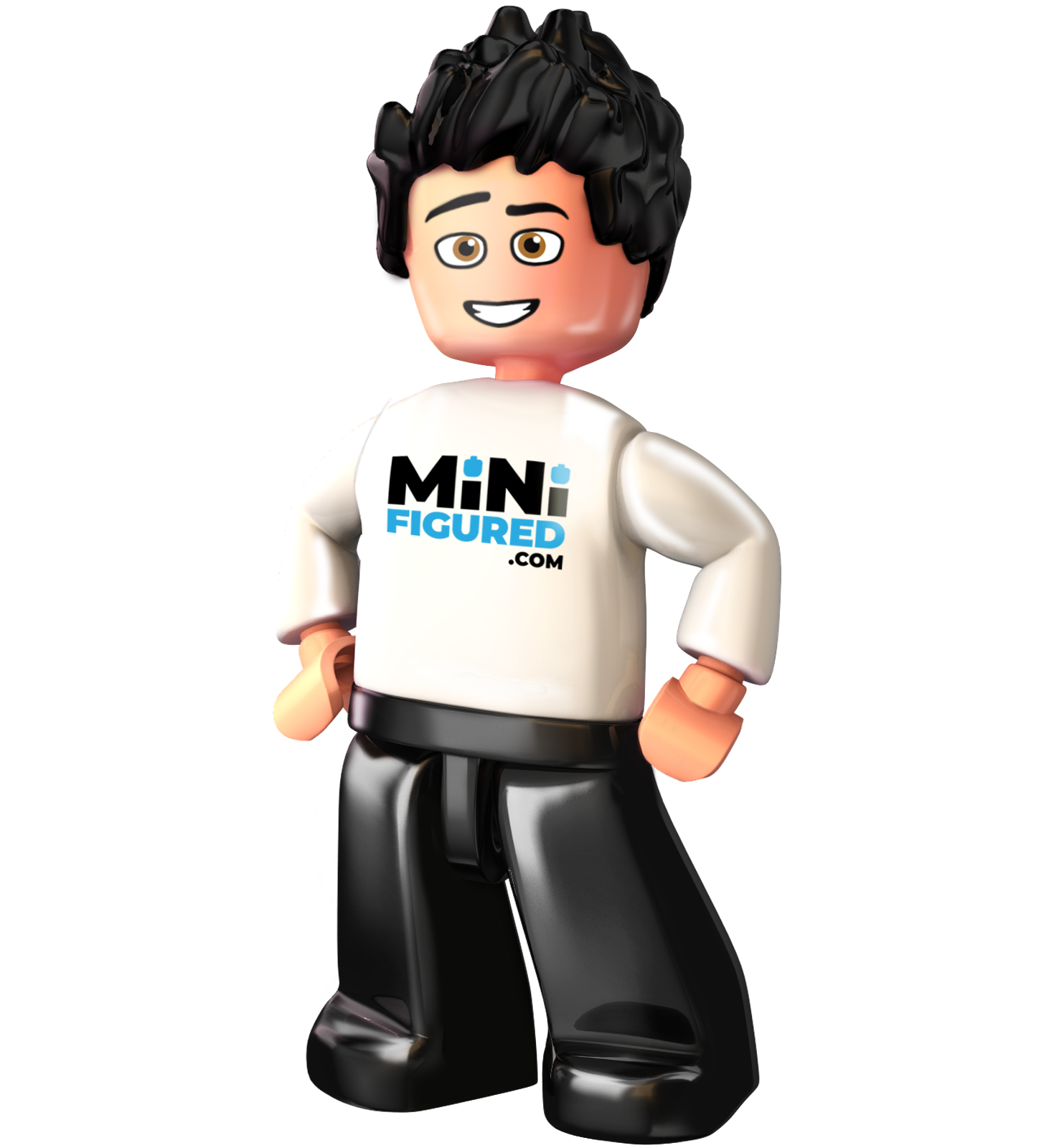 Last, but certainly not least, it is important to consider how LEGO are careful with the branding and the brands who they work with – often working out mutually beneficial and financially viable relationships with brands which benefit both LEGO and the partners they work with. Because of this, and because of the sheer size and scale of these relationships, it is impossible for LEGO to work with every single brand – and this is where other companies come in.

Minifigured.com are a good example of this – providing an option for smaller-scale brands to create LEGO compatible merchandise which has those personalised details which are so important for brand identity. This breaks down the barriers found with larger-scale organisations like LEGO, meaning that EVERYONE can access the branded materials they need at a much more reasonable cost, without the large financial agreements which often come from businesses like LEGO.

To conclude, there are many different reasons why there are alternatives to LEGO in the market. These range from tone of products, to simple differences in branding. It’s important to note that many of the alternatives here are high-quality products, and deserve to be held on their own merits when compared to the ever popular LEGO brand.