Ever since I first came across this title it struck a cord. I’ve been a collector of Harry Potter back in 2001 when LEGO first decided it would make these movies into sets which are based on the popular novels by J. K. Rowling. The characters and worlds she created will forever be a part of every kid’s dream that has ever seen the movies or read her books. So it would be unfair of me to talk about which Harry Potter minifigures are rare without first going into each of the LEGO sets released over the years.

And so it begins…

Harry Potter and the Philosopher’s Stone

This was the book / movie that started them all, so it’s fair to say LEGO had plenty of good material as yet unseen to work with. The actual movie was released on the 16th of November 2001, and was just in time for Christmas.

Again many of these sets were snapped as soon as they arrived, so it’s fair to say they were in very high demand. It created a shortage over Christmas and many kids lucked out that year. I did manage to get all of them due to being here in Australia, it wasn’t as popular, but after the first movie was released, that was all about to change.

There were 13 sets to begin with, Hogwarts Castle being the biggest.

In terms of the rarest figures in these sets, it was basically all of them, but to narrow it down a bit;

If I had to choose one figure, I’d say Fluffy. Why? Because he was really well made.

Harry Potter and the Chamber of Secrets 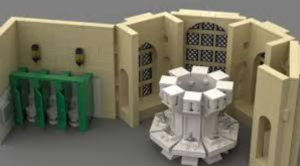 I liked these sets a lot, most had a darker theme about them, these were released in 2002, there was 10 sets in total (alas no Moaning Myrtle).

Rare figures in these sets included;

The rarest being Fawkes & Vernon, because they only appeared once. 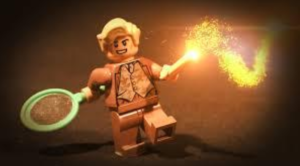 The Prisoner Of Azkaban

In these sets released in 2004, LEGO was starting to use flesh colours in the minifigures instead of the usual yellow. This made them more sought after and therefore a better figure all round.

With 10 sets in total, this was a much better range of sets & figures.

Rare figures in these sets included;

The rarest being Peter Pettigrew, Sirius and Lupin.

The Goblet of Fire

With each new Harry Potter set released, LEGO brought a new remake of an older set, which although is not a bad thing, but it also mean’t that each minifigure released was improved as well. So much so that demand for the older figures swayed.

True was said of this range of sets released in 2005 in which there were 4 in total.

If I had to pick, it would have to be Mad-Eye Moody, as up to this point he was the rarest of the figures.

The Order of the Phoenix

These sets were released in 2007. I say sets, but only 1 set was released that year on this theme, as I think LEGO has decided to give Harry Potter sets a rest for a while.

Rarest being without a doubt Dolores Umbridge.

To date, no sets have been made of this book/movie.

I think of 3 sets that should have been made without much trouble and would have sold well, but the powers that be (LEGO) decided otherwise.

It was a much darker movie than the others before it, but I think it deserved some sets, I’ve listed a few ideas below. 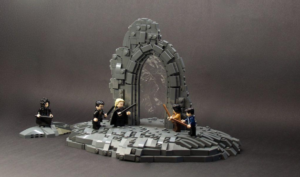 LEGO took a long break before making anymore Harry Potter sets. It wasn’t until 2010-11 before we started seeing new sets arrive. But when they did, they had been worth the wait. 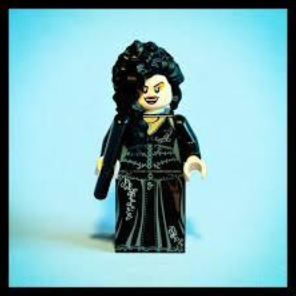 Again, we had quite an extensive range of figures to choose from and it was a very hard choice to make, but if I had to choose the rarest of the rare, it has to be Bellatrix Lestrange. Why? Well, simply put, she was the most wanted of all the minifigures released so far and I know even today it is extremely hard to find and really expensive.

It wasn’t until 2018 that Harry Potter fans got the news that a new range of sets and figures would be showing up, and to kick this off, LEGO was releasing a new range of 16 minifigures to get things started to coincide with a new movie released called “Fantastic Beasts and Where to Find Them”. Unlike previous figures from this range, these would all be revamped, with better printing and accessories, hair pieces etc.

True to their word LEGO created these 16 figures; 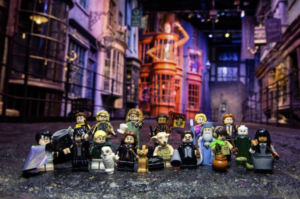 These were to date the best figures of this range, LEGO designers had finally listened to the fans and had looked at what could be done to improve the characters and it was a job well done! Of this range, Luna and Mad-Eye stand out as the best in the range. LEGO also released a new range of sets in 2018-2019 to complement these which followed the first 4 movies.

The figures they offered in these sets were a vast improvement on all others previously, more so  in the special release sets. If I had to make a choice here, then the best and rarest figures are those from these sets would be;

All from the Bricktober set.

Off these sets, the rarest figures are those of the carriage as we have never seen these characters before this.

There has been plenty of speculation of what is coming up next year. Most hope that the second wave of Harry Potter minifigures will show up, as there is a few main characters that have yet to arrive in the new sets.

In the characters for example, there has always been room for improvement, as some have never seen the light of day throughout the entire series, characters like;

What what has been circulating is the 4 new set numbers.

The main train of thought is these are based on the most popular of all time Harry Potter sets, like;

I hope this has been informative if nothing more, I had most of these sets at one stage or another, but I grew tired of replacing older sets with newer ones as you can see at one stage it was never ending. I’m glad that LEGO has decided to revisit these and improve the figures, I just hope this time they complete the range and not leave any of the characters out. 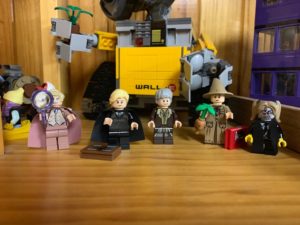