Who doesn’t love the classic minifigure, right? The hat/hair, the head, the torso, the legs… they haven’t changed at all in the last 40 years. If you still have some of your minifigures from your childhood (or in some cases, your parents’ childhood), you know that their parts can be interchanged to your desire. However, the classic head piece isn’t always what we see on top of a minifigure. From time to time, LEGO creates special moulded (or non-standard) heads to depict a certain character better. And that, ladies and gentlemen, is today’s topic.

Now, I know that saying the minifigure haven’t changed at all is the understatement of the century. I’m very well aware of the changes they went under and the improvements made to them. Double printed heads, dual moulded legs and arms, incredibly detailed torso and leg prints… even with everything, the classic smile on a minifigure warms my heart like no other. Even LEGO uses them in their sets – or at least they used to, up until Downtown Diner, when they were replaced by more “fancy” heads. Oh well, I guess I should be thankful they still appear in some of the Creator sets. 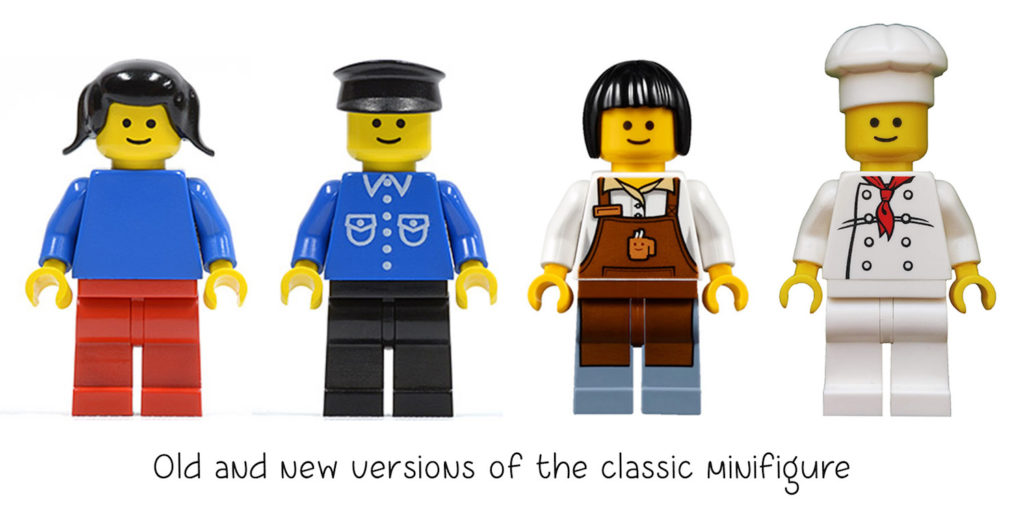 Anyway, this isn’t about my ramblings on the classic minifigure head. No, instead of that, you’ll read about my ramblings (!) on non-standard LEGO heads. As you all know, if you’re looking for anything related to LEGO, Bricklink is the largest database out there. So I took a quick look, and found out there are more than 350 different non-standard LEGO heads. Even if they appear on just one minifigure, that’s a lot of minifigures with special moulded heads!

Where to find Non-Standard LEGO Heads

While LEGO uses these heads in their non-licensed minifigures like aliens and robots (with the occasional collectible minifigure), they are mostly found in licensed themes. The theme that started it all, and the one that probably has the most non-standard LEGO heads, is Star Wars. It began with everyone’s favorite Gungan, Jar Jar Binks, and went on from there. The Battle Droids also needed a special moulded head, since their body was different than a regular minifigure’s. Chewbacca, C-3PO and Watto followed them, until… 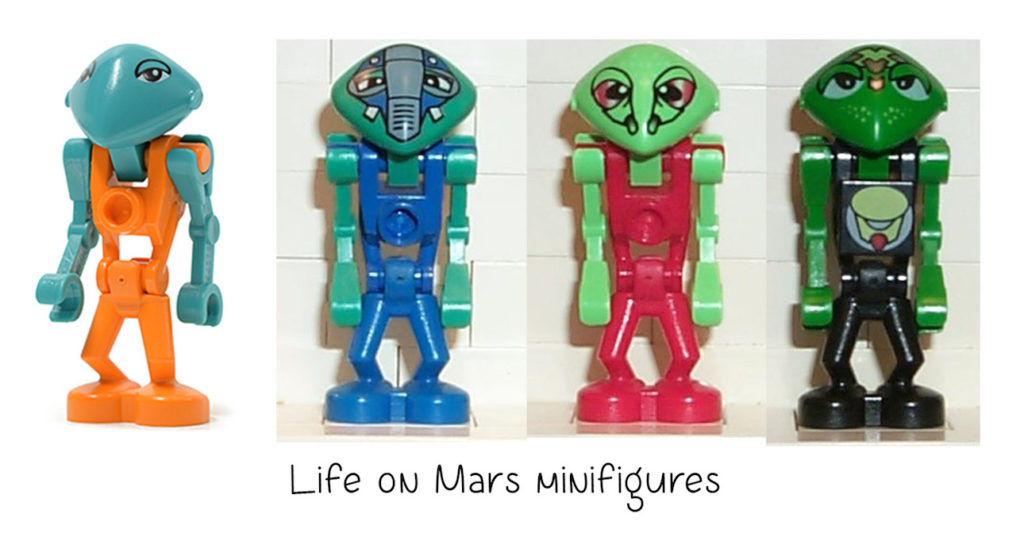 … 2001 when LEGO released the Life on Mars theme. The locals had a body similar to the Battle Droids, and they also had dark turquoise clip on heads. They made Martians with 10 different head prints, 2 of which were also of different color, medium green and green. Unfortunately, the theme was short lived, and the Martians disappeared, never to be seen again (except on Bricklink, of course!). 2002 saw the first Harry Potter non-standard heads with Dobby and Gringotts goblin. In the following years, LEGO developed a few new moulds, expanding Star Wars characters.

In 2006 and 2007, LEGO released several BIONICLE minifigures, which, unlike their predecessors, were poseable. Many of these minifigures had their own unique color, design, and most of the time, mould. Unfortunately, I don’t have any in my collection, so I’m not sure if they were compatible with regular minifigure torsos, but from what I can find on the web, it feels like they weren’t.

2006 was also the year when we had the first Sponge Bob minifigure along with his friends. Different prints of the gang continued to appear until 2012. 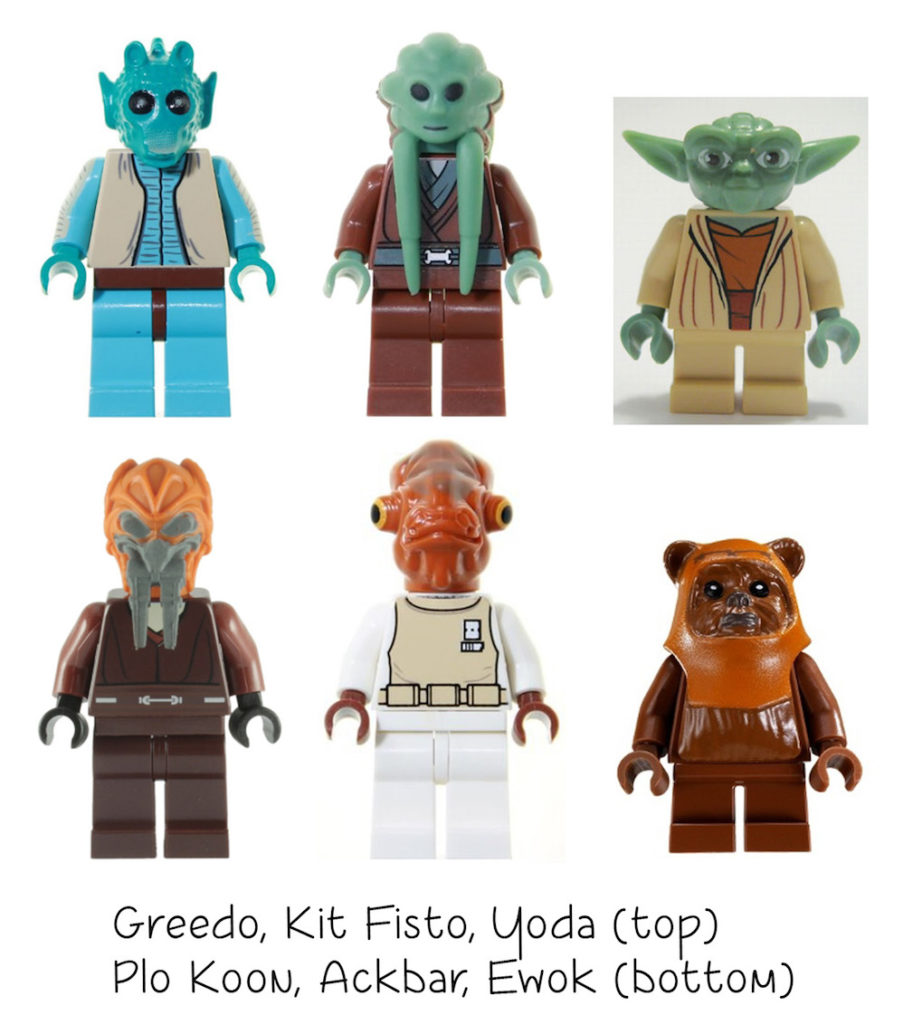 Meanwhile, LEGO got a bit crazy (don’t they always?) and went all in with the Star Wars characters. I mean, sure, it’s easy to see the changes minifigures go under as time passes. Time, as in, 10-20 years, not a few. In my opinion, the most detailed Star Wars non-standard head until 2007 was Greedo’s. They released Kit Fisto in 2007, which, in my opinion, has a pretty high “wow” factor, and continued to add more and more detail to all the non-standard LEGO heads. 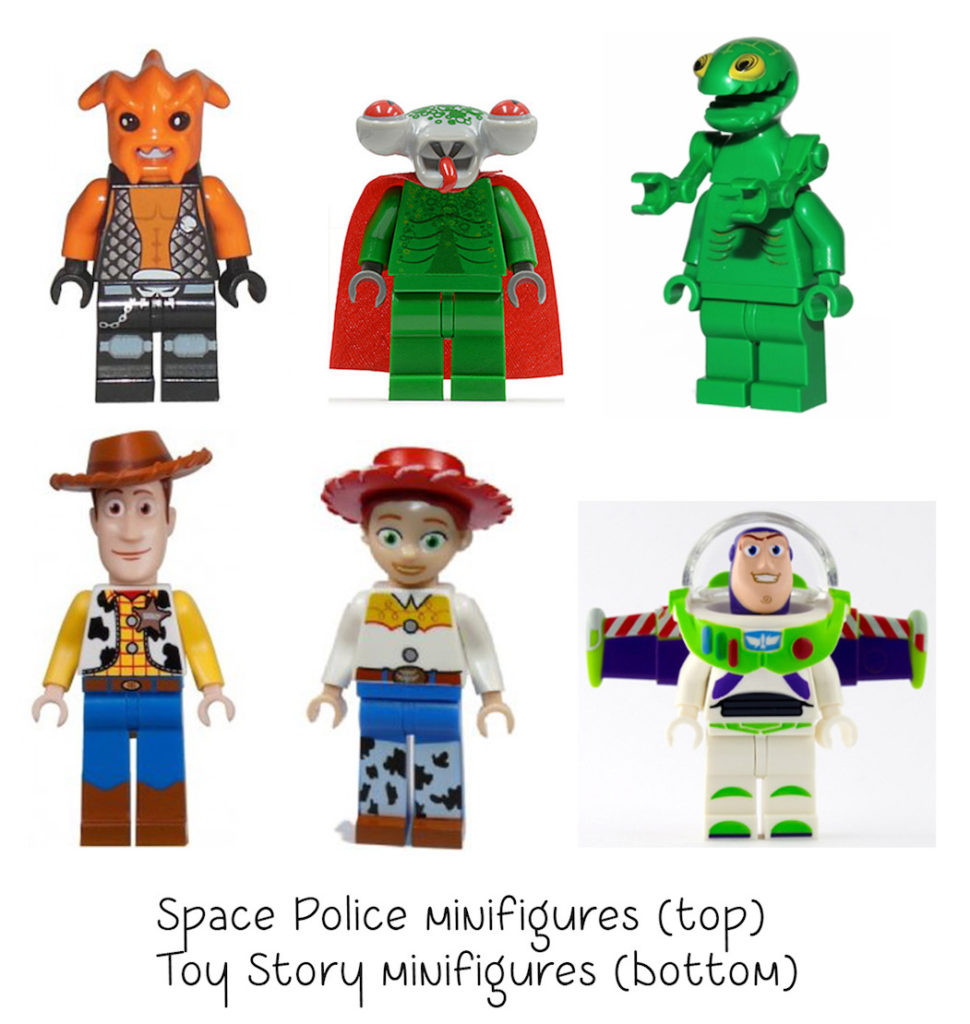 A few non-licensed special mould heads appeared in between 2007-2010, found in the Space Police theme. One of them even managed to make its way into the collectible minifigure series under the name Space Alien. However, probably the most anticipated minifigures of 2010 were  the Toy Story ones. We had Woody, Buzz, Jessie, even the weird three-eyed aliens! While some of them were re-made as standard LEGO heads this year, I have to admit, I still like the original designs better. 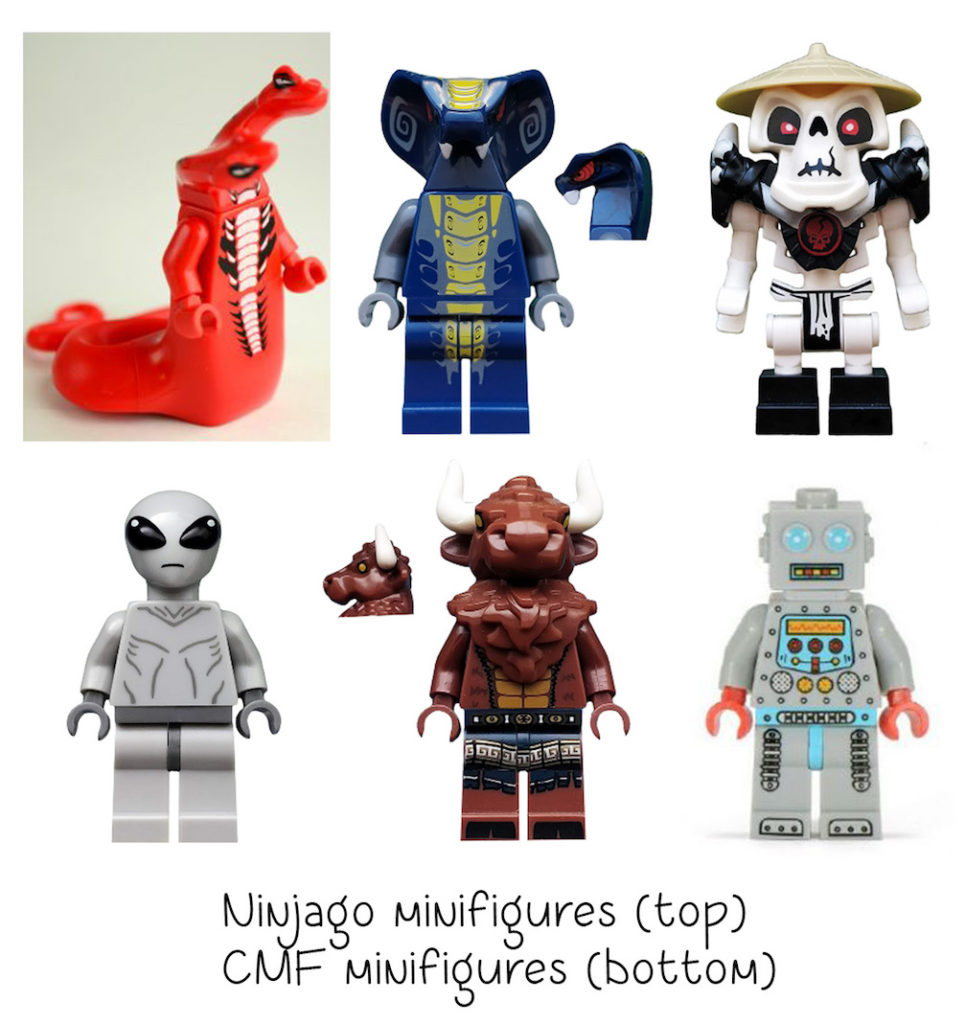 Ninjago brought skulls and snake heads to our collections in 2011 and 2012, while the CMF series introduced aliens, minotaurs and robots. A few non-licensed minifigures, like Egyptians and Atlanteans tried to sneak in, and as expected, the Star Wars universe got even more detailed.

2013 was a good year for non-standard LEGO heads in terms of variety. Galaxy Squad, a  non-licensed theme, brought some robots and aliens. TMNT sets were released, so we got our hands on some sweet ninja turtles. The Hobbit sets brought us Azog and Beorn, and even the CMF series had two unique special mould heads with Yeti and Gingerbread Man. I’m not even going to mention the Star Wars characters. No, I’m not (ok, maybe just a little). 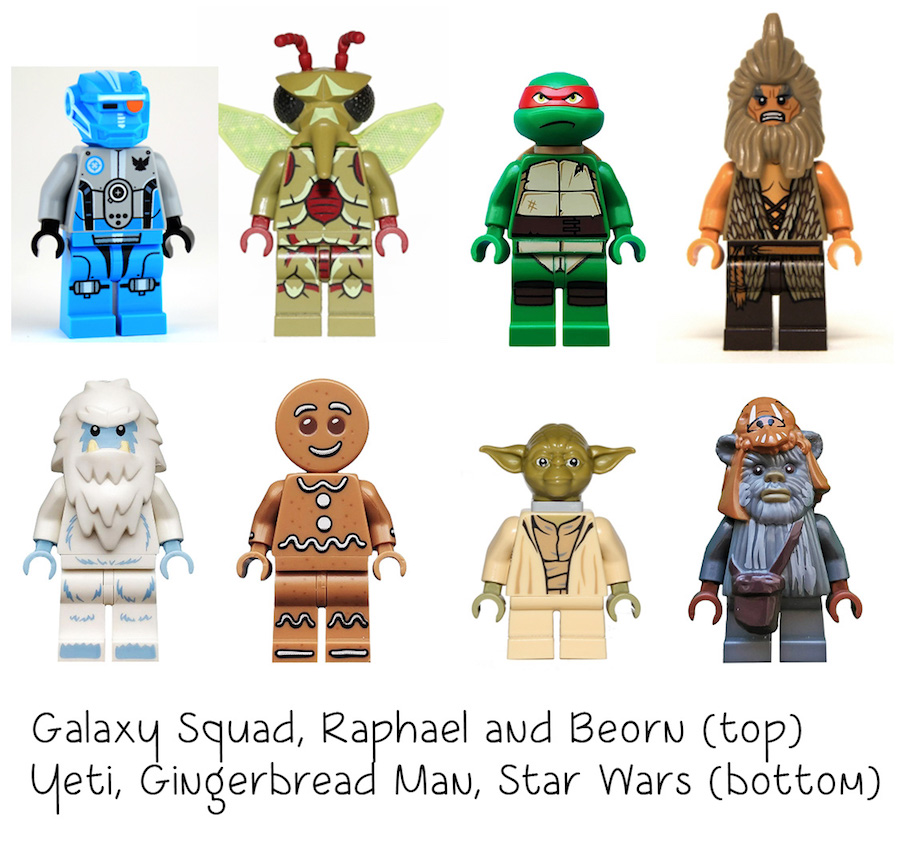 To Do or To Donut

In 2014, LEGO once again pushed the limits by releasing a Simpsons CMF series, with a different mould for EVERY. SINGLE. MINIFIGURE! Honestly, I wouldn’t want to be the guy who makes those moulds. Then again, I wouldn’t want to make moulds for Simpsons in any case, so… 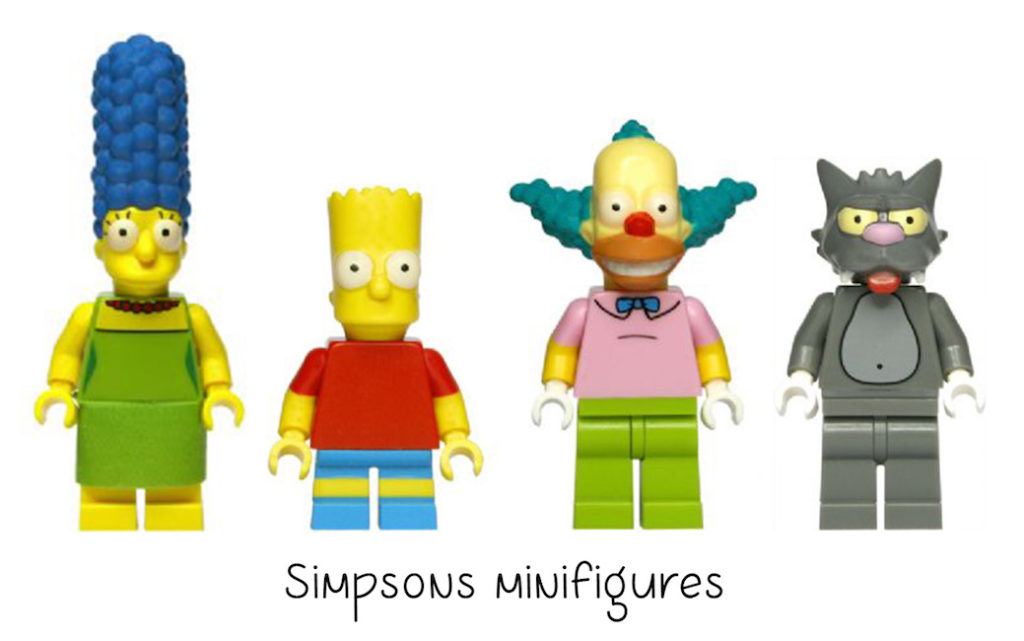 Anyway, the ninja turtles also got a makeover with the release of their new live-action movie, and with more Minecraft sets came the block heads. Oh, and we also got our first Marvel non-standard head with Rocket Raccoon. While some designers were creating new designs, others were concentrated on detailing the existing, wait for it, Star Wars characters and adding new ones so fans could go crazy. 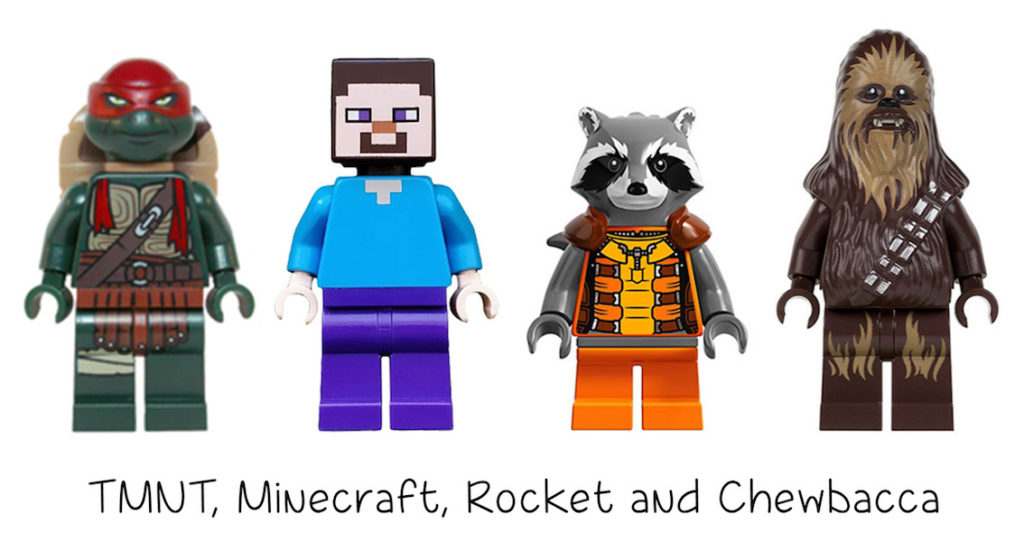 The following year continued the Simpsons craze by adding even more different moulds. The CMF series did okay, too. We got a brand new alien and an awesome fly head, along with a different colored Yeti (or Square Foot) and Werewolf. Black Manta joined from DC, and the Friends theme got its first special mould head with Olaf. 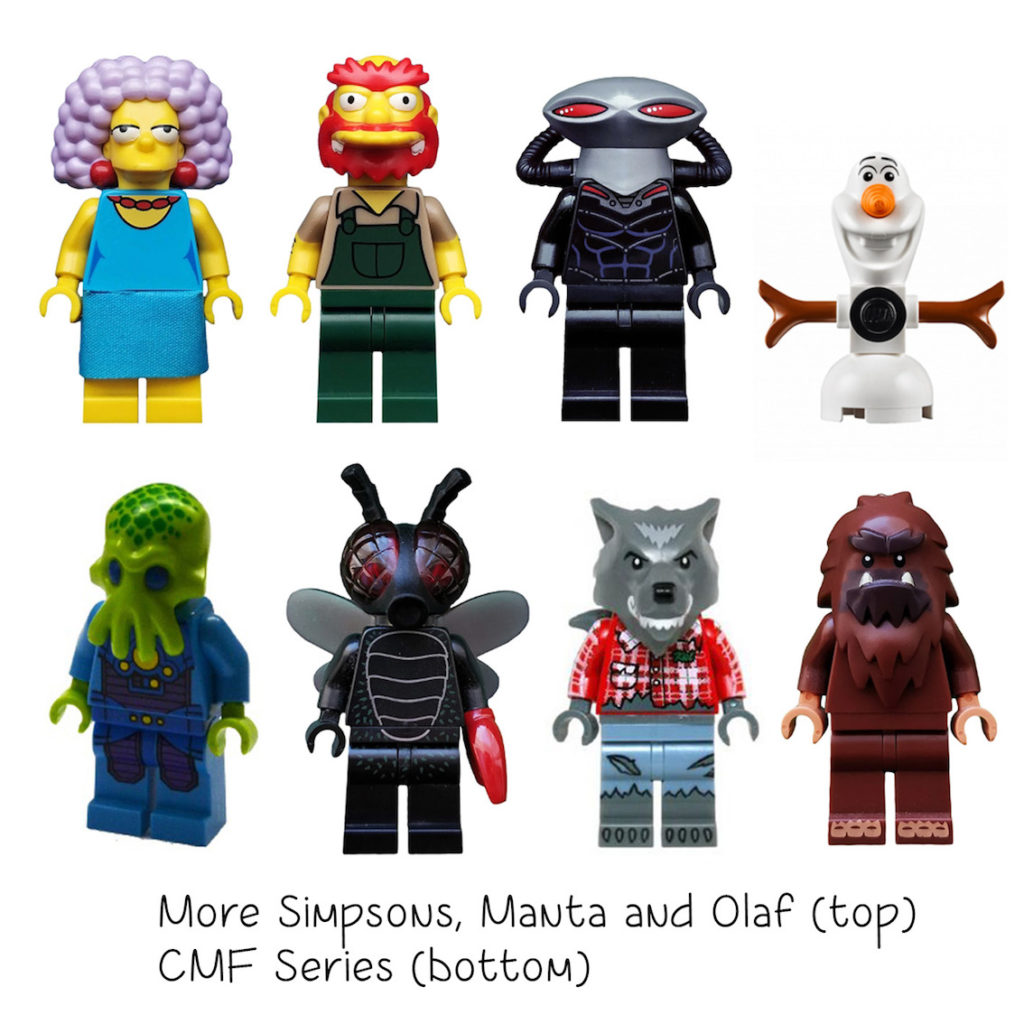 2016 was once again a good year for non-standard LEGO heads. We had some Disney heads, like Mickey, Donald and Stitch, but I think the best figures were from the Dimensions theme, like Gizmo, Sonic, E.T. and Stay Puft. There were some Minecraft and Ninjago snake heads as  well, but they were mostly re-colors of the previously released ones. We did get a Ghost Rider minifigure with flaming “hair”, which was cool. The inability to remove the hair, was not. 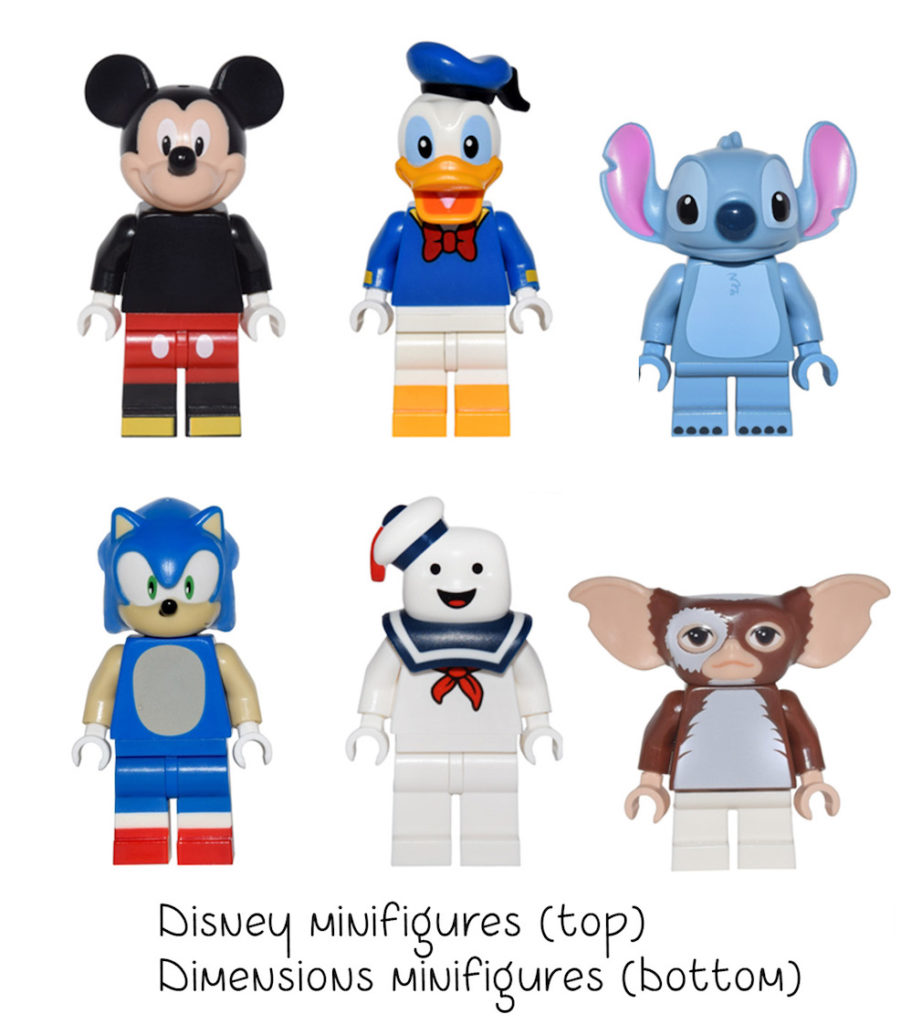 And, of course, new characters appeared in the Star Wars universe while old ones got even more detailed.

2017 and 2018 were, in my opinion, a little disappointing in terms of non-standard LEGO heads. There were no new non-licensed ones, and the licensed ones were a little… meh. From a design point of view, I think the only minifigures worth getting (or worth getting points) are the Powerpuff Girls and Groot. Yes, there are new Star Wars characters, yes, they are very detailed, but in my opinion, none of them have that “wow” factor I was talking about earlier.

Which brings us to the current year. Now, there are some good ones, like Scrooge, Donald’s nephews and Chip & Dale, but even the new designs lack that excitement the previous ones provided. I know, I know, not every year has to be the same, and there are so many great “regular” minifigures, but hey, I’m here to analyze and criticize, right? So that’s what I’m doing. 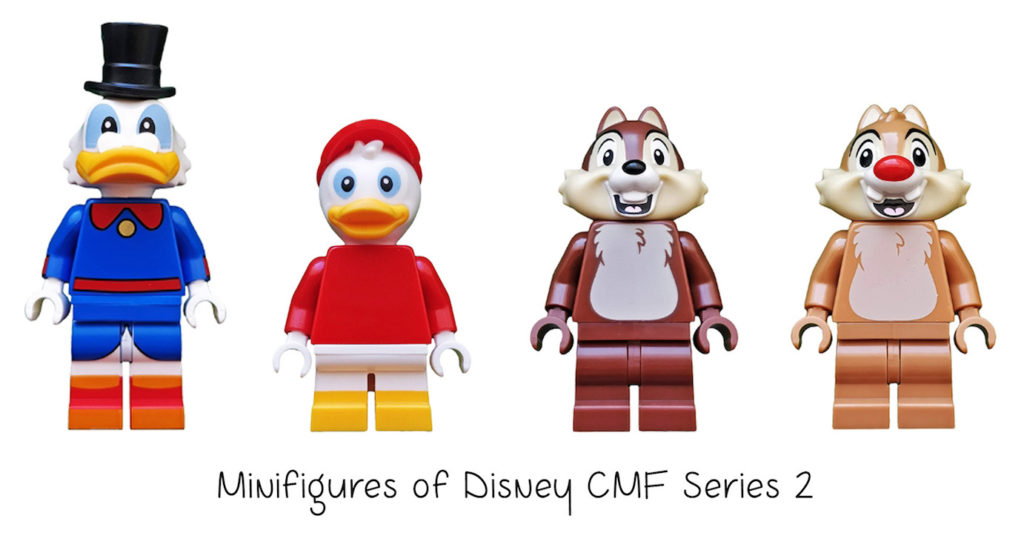 My favorite minifigures of this year has to be Aspheera and Goofy, and I’m not even a fan of snake heads (or Goofy, for that matter)! 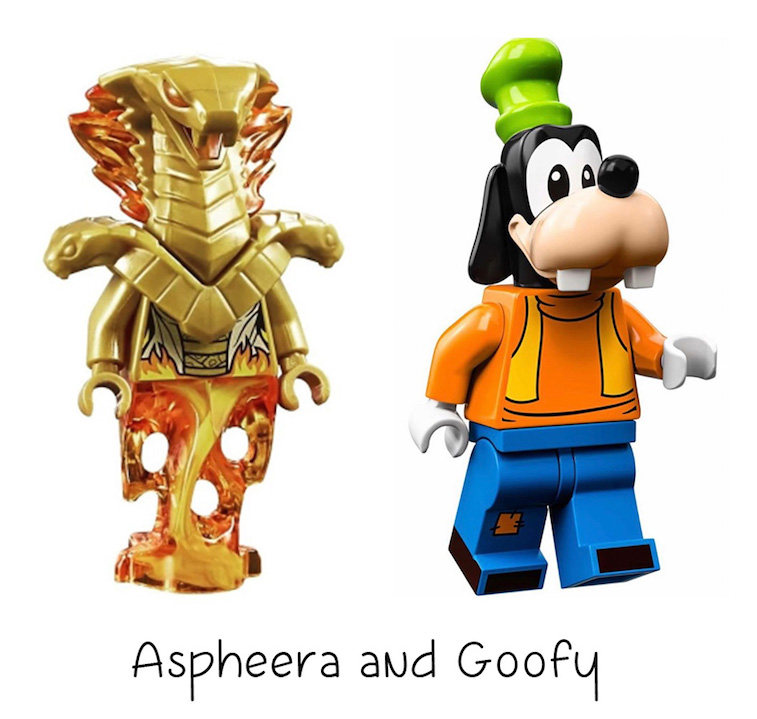 What will the future bring?

We already know there will be a few different non-standard LEGO heads in the Trolls theme that will come out in 2020, and some Ninjago and Star Wars characters have already leaked into the social media. Where else do you think we’ll get different moulds? Maybe the non-licensed CMF series? I mean, it will be the 20th in 2020, so something special has to happen, right?

Let me know which of the above mentioned minifigures is your favorite in the comments. Did I miss one? Yeah, probably more than one, since I tried to give a brief (!) summary. Still, don’t be a stranger! 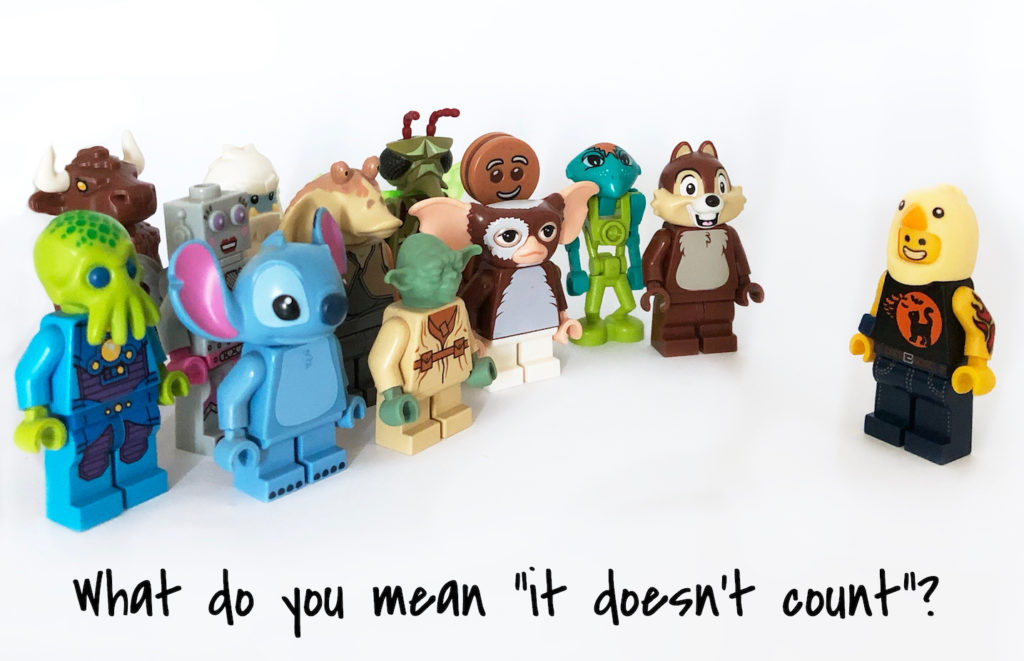