We all love Christmas. It’s a time for us to come together, embrace our friends and family, and take a break from the busy hustle and bustle of everyday life. It seems that The LEGO Group is no different – producing an assortment of fantastic minifigures which celebrate this Special Holiday every year. Today, in honour of this wonderful time of year being just around the corner, I thought we’d look at some of the great Christmas-themed minifigures which LEGO have released across the past few years. There are lots of great characters here – and some even come with unique pieces which debuted alongside these characters.

All the minifigures featured within today’s piece are available on Firestar Toys right now. Without any further ado, let’s dive straight in! 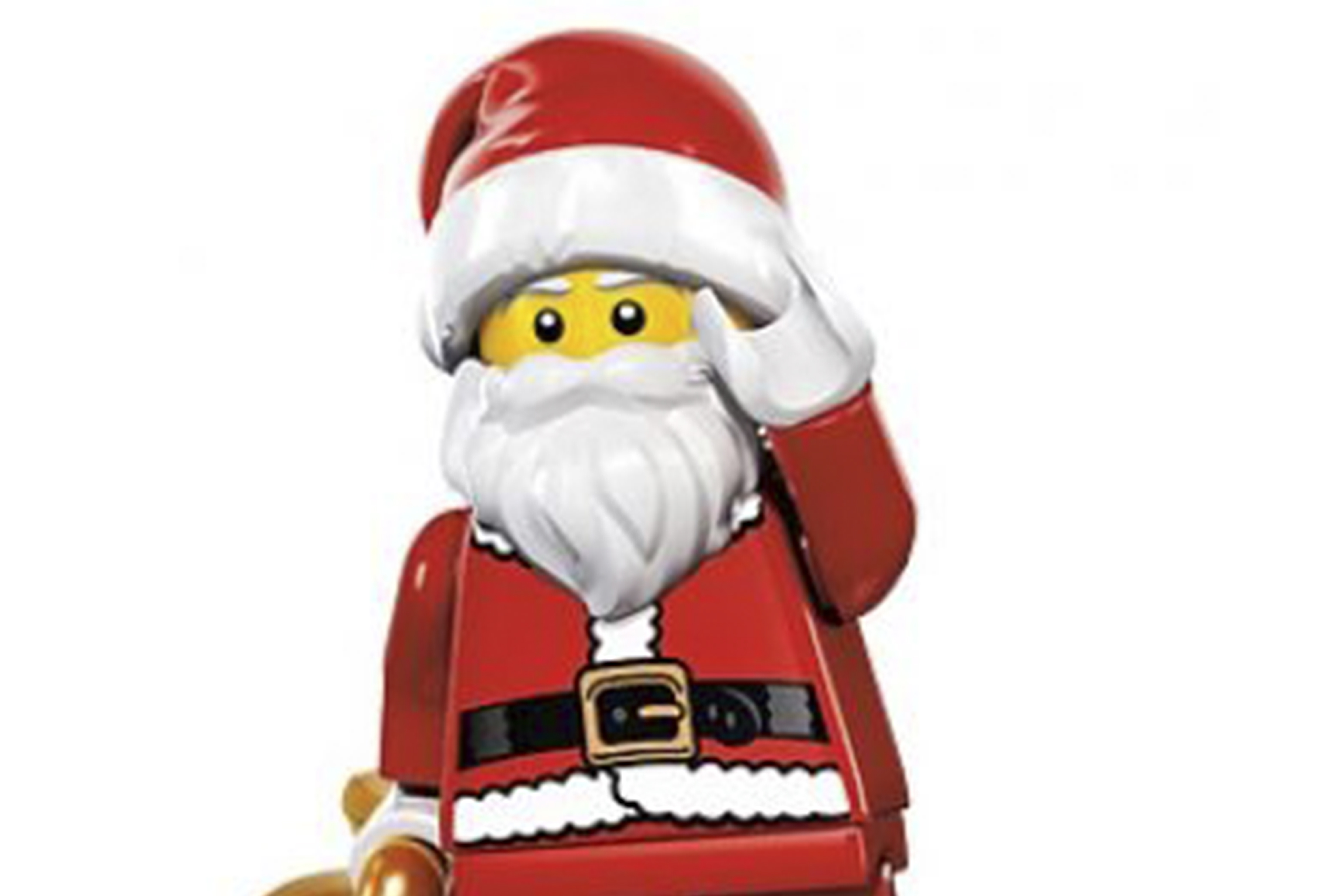 One of the titular characters often associated with this special time of year, there are several different versions of Santa which exist within the LEGO Minifigure world. Some variations, like the version linked here, have been included in an assortment of different collectable sets like Advent Calendars and LEGO Christmas sets. Equally, however, Santa has been introduced in various other formats – including as a minifigure within one of LEGO’s earlier Collectable Minifigure Series. This version introduced the LEGO Christmas hat which is now synonymous with this special time of year, and included one of the LEGO sack pieces – no doubt filled with an assortment of presents for all the ‘nice’ minifigures within your LEGO world!

It’s also important to note that Santa has existed long before the specialised minifigure parts which we see – originally using the older bandana-style piece from the LEGO Pirates line in a red colour. Perhaps our Santa minifigures are deemed to not deliver presents, but rather, cruise the seven seas in the hunt for treasure and other swag?

Whichever version of Santa you prefer, it is safe to say that LEGO have created an assortment of fantastic versions of this jolly old minifigure – complete with unique torso prints. Santa is, however, not the only minifigure who has joined the LEGO line-up in the past few years! 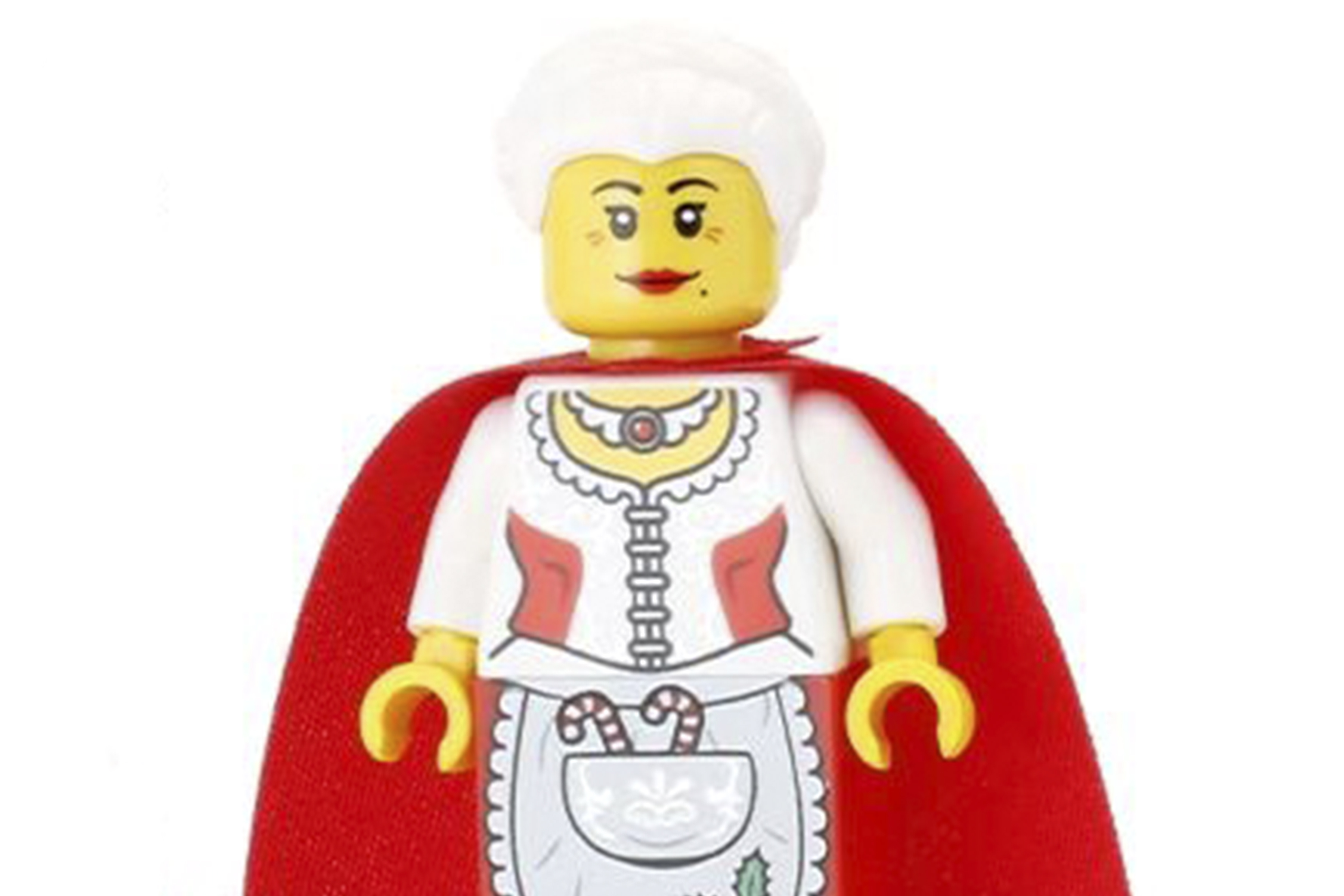 Santa Claus can’t complete his mission to spread joy around the world without his trusty partner, Mrs Claus, and it is safe to say that the LEGO rendition of this wonderful character is something which is truly special! Mrs Claus comes decked out for this special occasion with some beautiful prints which reflect the holiday season in a wonderful manner. She comes with a stunning white hair piece, a nice face print with a warm smile, and a vivid and vibrant red cape which helps to add to her identity as the other half of the famous ‘Santa Claus’.

The star attraction with this minifigure, however, is the gorgeous printed skirt piece – which comes complete with festive details such as candy canes and some holly. This really helps to make the minifigure stand out – and makes for something which is uniquely desirable for collectors who are constantly looking to add minifigures which stand out to their collections.

If you’re a fan of LEGO, and are in the Christmas holiday mood, then you are going to want to get your hands-on Mrs Claus to go alongside your Father Christmas minifigure! 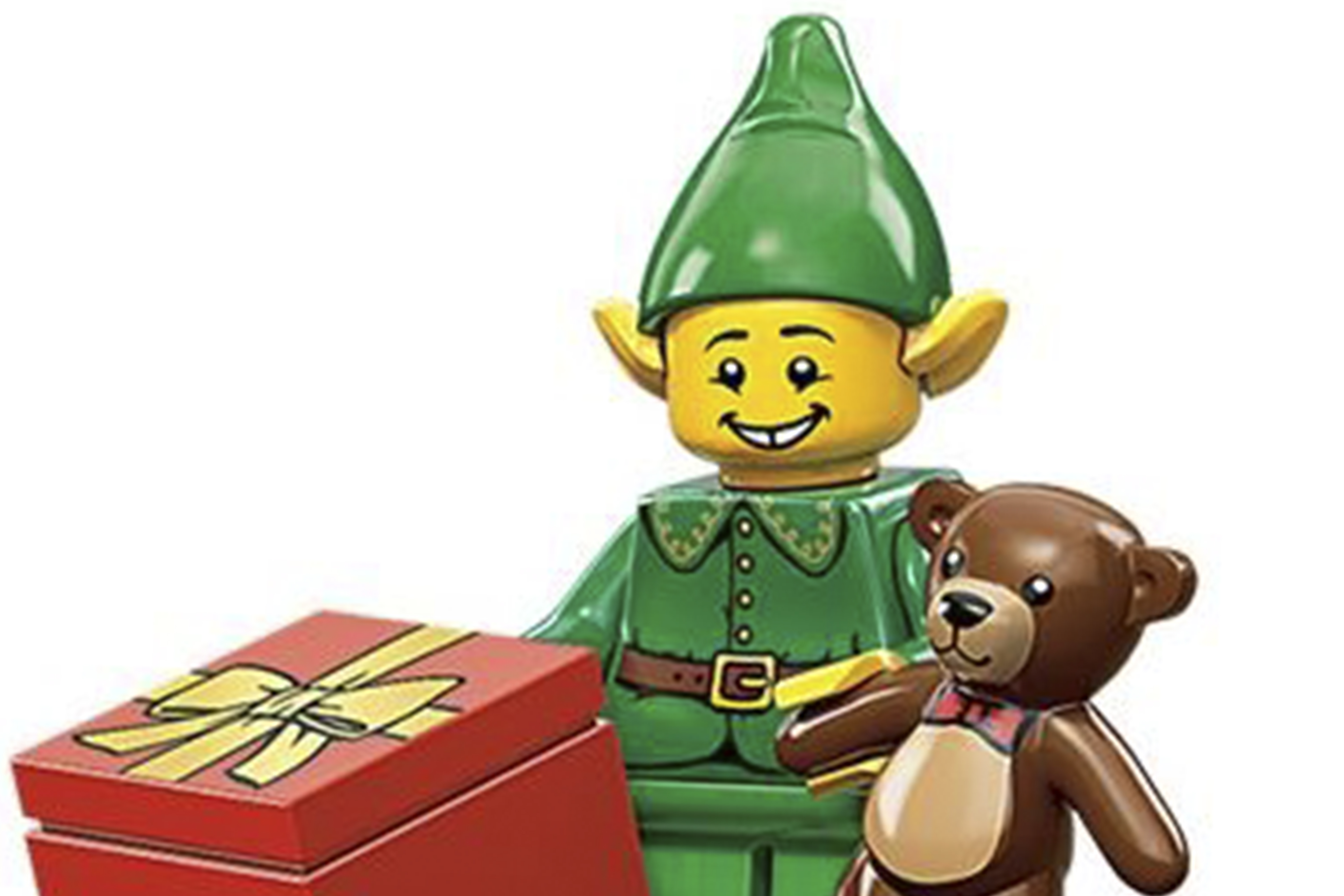 Mr and Mrs Claus wouldn’t be able to complete their jobs without the hard work and dedication of the Elves of the North Pole – who work tirelessly to ensure that all the good children of LEGO City can receive their Christmas presents in a timely manner! Over the years, LEGO have produced many different versions of the traditional Christmas Elf – all coming in different outfits and packed in with different accessories. More recent versions – like the version found here – have come packed in more casual LEGO clothing, although elements like the Azure short legs have proved to be popular with long-term LEGO collectors.

Equally, however, LEGO have made sure to go all-out with their interpretation of Elves in the past. LEGO went all out with their version of the Elf found in Collectable Minifigures Series 11 – who came complete with a unique torso print no too dis-similar from LEGO’s variation of Santa! This figure even came packaged with a red present and a LEGO teddy bear – providing the perfect accessories to accompany Santa Claus on his present delivery mission!

With so many great versions of Elves released over the years, it is safe to say that your LEGO North Pole will be populated with an assortment of wonderful characters who can help bring the festive spirit to life! It doesn’t end with the Elves, however… 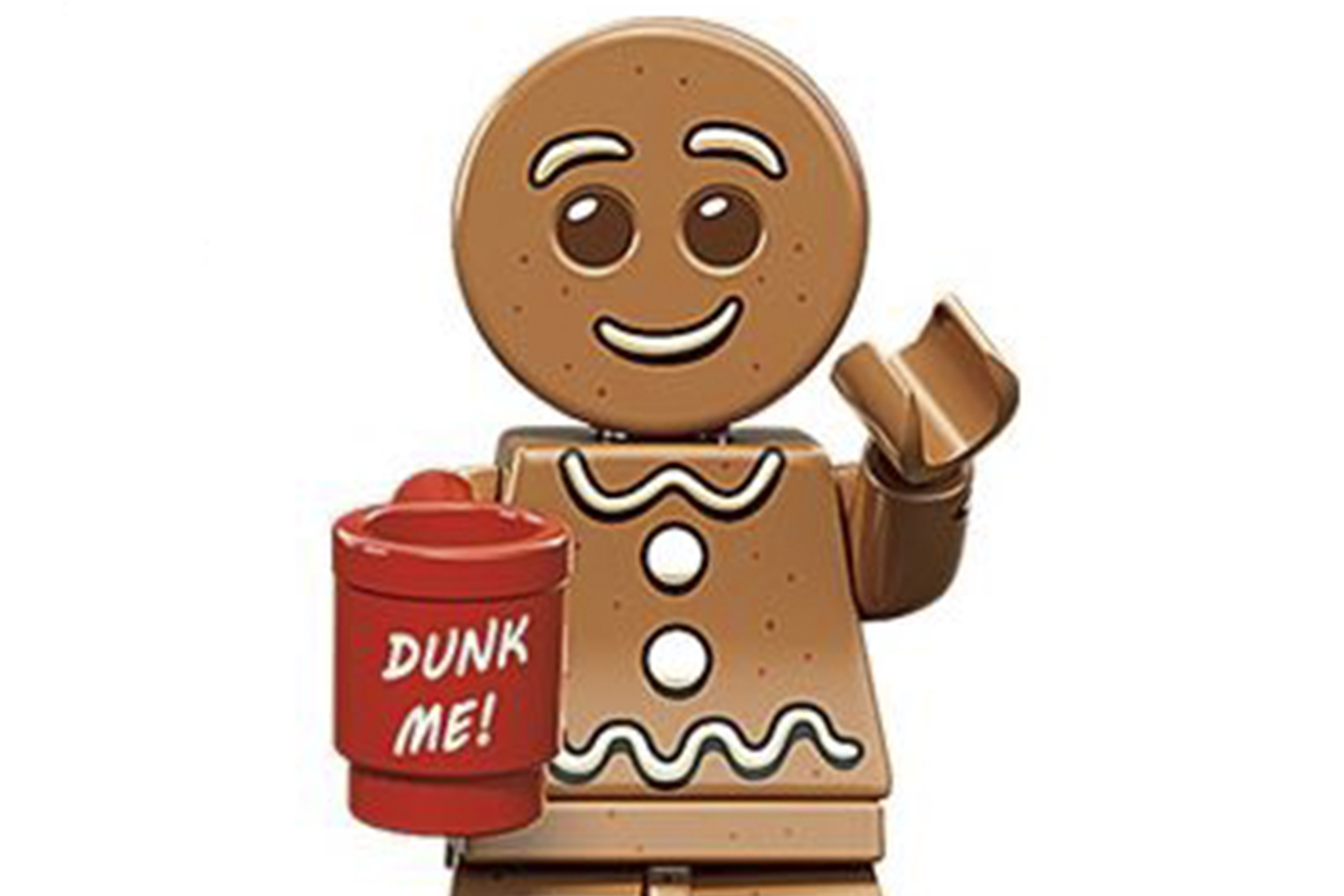 We all like a tasty treat now and then – and Christmas is the perfect time to go all-out and enjoy some deliciously festive treats! We always see people who go above and beyond with Gingerbread houses for Christmas – and LEGO seem to have doubled-down on this, with an assortment of fantastic Gingerbread People available in different colours and styles! This also originated back in Series 11 – when LEGO produced the incredibly adorable Collectable Minifigure of a Gingerbread Man. This minifigure comes adorned with an icing smile, and features a fantastic red mug with the ‘Dunk Me’ print.

His deliciously delightful icing details are sure to make any LEGO minifigure aficionado smile, and he is still one of the most highly sought-after minifigures from a CMF to this day! LEGO clearly realised this, as more recently they introduced two more Gingerbread People – a man sporting a chocolatey-looking moustache and a similar delightful smile, and a woman sporting a gorgeously-printed LEGO gingerbread dress – complete with similar stylized printing to fit in with the festive theme. 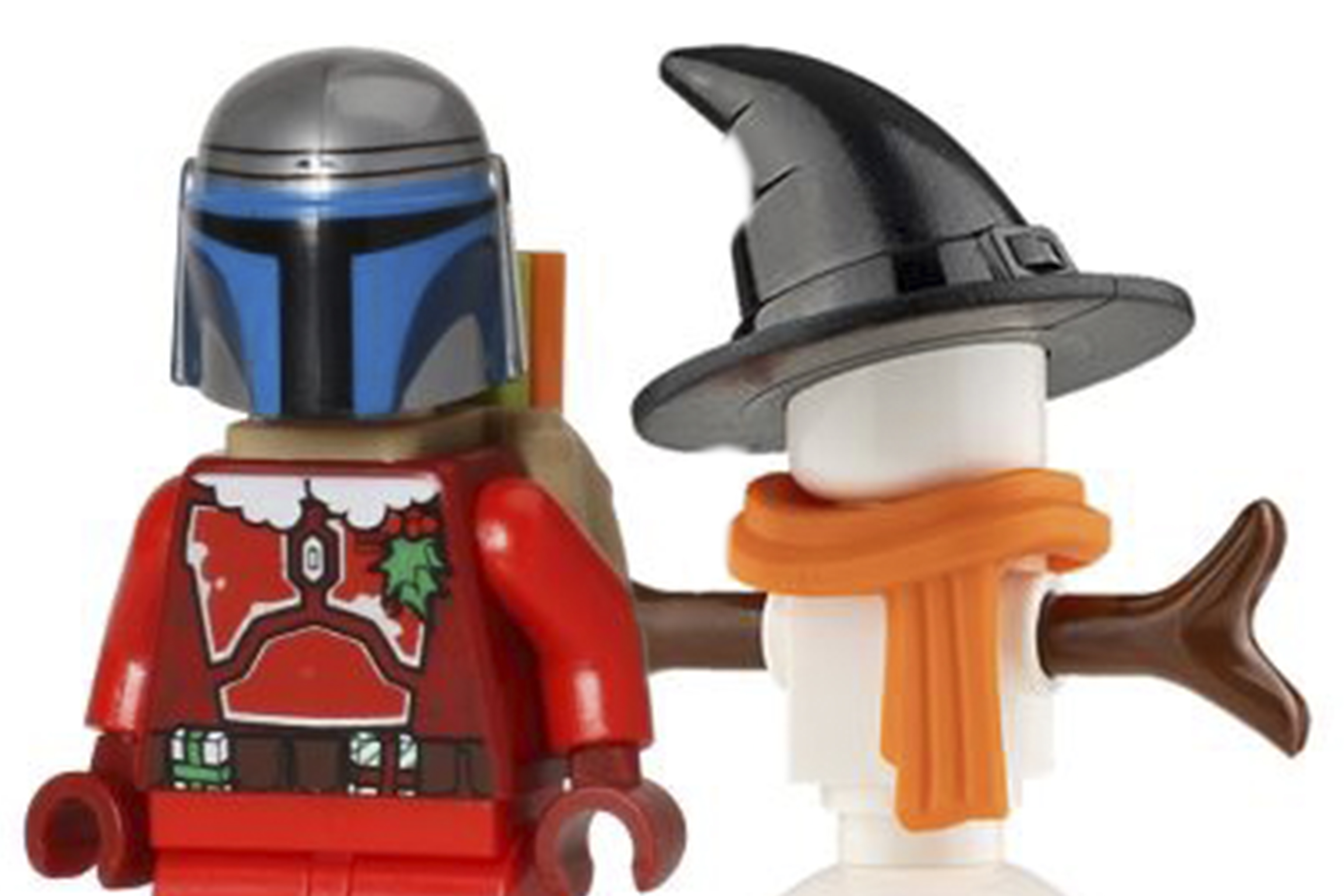 We’ve touched on some of the stereotypically ‘Christmas’ minifigures which LEGO have created – which match up perfectly to the ideas and images which pop up in our heads when we think of Christmas. LEGO’s creativity when it comes to the festive period doesn’t end there, however, as they have made an assortment of other characters and minifigures who fit within the Winter festivities season. These are everything from licensed Star Wars characters with an assortment of great exclusive prints, to some fantastic carolers who come in an assortment of different varieties and with their own special prints. LEGO have even made ice-skaters and keyrings, providing you with an assortment of options to celebrate the festive period through your passion for LEGO.

No matter how much you love (or hate if you’re called Grinch) the festive period, it is safe to say that there are an assortment of fantastic torso prints and other elements in LEGO’s festive minifigure section which we are sure you’ll enjoy. Plus, this section also features some of our very-own custom print minifigures, providing you with the chance to combine our custom goodies with official LEGO goodies to really celebrate the season in style!

This is the second Christmas piece I have written here on the Minifigures blog, and I’d like to, again, wish you all a very merry Christmas and a happy holiday season! I hope you get lots of awesome LEGO products, lots of minifigures, and that you have a wonderful time spent with both friends and family.

Check out some of my other blog posts here.

Exclusive LEGO Minifigures: How Fair Are They?

Top Minifigures.com Figures You Need to Have This Year