It was coming up to 6 am. I was exhausted. I knew I needed to talk to MiniBob but I was just too tired.

The agents had told me that he was home, and all I could think about was hitting the sack. I reached for my house keys, turned the lock, visualising my bed all the while and just looking forward to the moment my head hit my soft pillows.

But as I walked into the house, the last thing I expected was a house full of Minifigures. Everyone under the sun was there: Spider-man, Captain America, The Blockfather, John Wick, Elton, Freddie – I mean you name it, they were there. 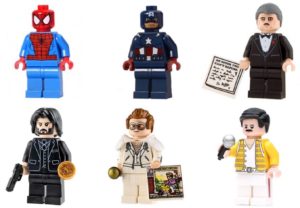 There were all sitting around the living room, with MiniBob in the middle. I got the feeling he was recounting his story, but when I walked in, everyone just went silent.

MiniBob casually looked at me and said,

‘Bit late for you MiniBob isn’t it?’ I replied…

To which everyone got the hint and started proceeding for the front door. I went upstairs and got ready for bed like nothing had happened. But before I finished brushing my teeth I could hear the pitter patter of MiniBob’s steps heading towards the bathroom.

He climbed up the shower curtain and jumped onto the sink looking at me. He quizzically asked,

‘So where you been tonight Bob? How come you’re coming in at 6 am?’

I finished brushing my teeth, washed my face, and headed towards the bedroom. I could hear him right behind me. I rushed for my bed as I was just too tired to have the chat right now but he wouldn’t let it go.

I finally sat up in bed, looked at him perched on the end and simply said:

– Know what, he replied…

– Everything.. I know you stopped the bank robbery today. I know you’re some sort of a crime fighter, maybe even a superhero?

He laughed it off, but from my poker face he could see I wasn’t going to let this go…

Before he even talked about it, he cut to the chase: 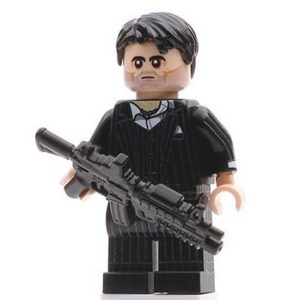 – Bob, look, I’ll tell you everything tomorrow, but I just need some help. During my fight with the bank robbers – they managed to rip off my mask.. they know what I look like. They kept saying they worked for Scarface….

That name sent chills down my spine. He wasn’t just well known in the Minifigure world, but in my world too. Scarface was a dangerous guy, and if all the rumours about him are true, the first thing he’s probably already done is dispatch his 2 favourite hitmen to investigate and ultimately find MiniBob.. 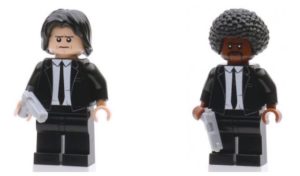 This was bad. Sleep was out the question. Cameras could have seen MiniBob’s face, the guys could recognise him, a million things were racing through my mind.

We had to get out of there, maybe even stay the night in a hotel.

I started packing a bag whilst MiniBob started pulling out all his weapons. He was ready for a fight. Chances are we were going to be OK, but neither him or I wanted to risk his life on that guess…

Within minutes we were pulling up at a 3-star hotel near the airport. If MiniBob did have to leave town, then that was going to be easy too. And whilst I got ready for bed for the second time, MiniBob’s phone rang. 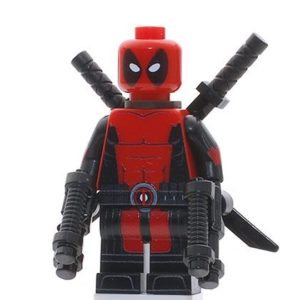 Mouthy Merc had gotten word that the hitmen were on their way and that Scarface’s guys had hacked all the local CCTV footage and got a partial match of MiniBob’s face. And whilst they couldn’t ID MiniBob, they sadly had seen the agents on the camera clearly – and that’s who they were heading for.

I grabbed my phone frantically and called Mully…

A chill went down my spine as the voice on the other end said. It was a voice I didn’t recognise. It was neither Sculder nor Mully :