This has been a pet peeve during the time I’ve been collecting. First, let me be clear, I’m not against collectors making their collection complete. This is what collectors do. It’s an expensive hobby and many enjoy it. What I am against is the exclusive LEGO minifigures that us mere mortals have no chance of getting, therefore no chance of completing your collection.

I’m speaking of none other than the Comic-Con LEGO exclusive minifigures to be precise. And also the pain we go through when LEGO release a limited number (usually 100) of an exclusive figure / set at these events.

Why do they do this?

Don’t tell me that this has never crossed your mind. It really makes us as collectors lose the plot as to why they continue to do this. You know rightly that the few that are lucky enough to get these exclusive LEGO minifigures, will only just sell them to the highest bidder once they get their hands on them.

Is this a fair way of doing things? No!

Let’s take the latest example as I review the exclusives from Comic-Con 2019.

Excellent mini set, worthy of reproducing for the mass market as this would sell well. Set number 77902 with 271 pcs. It comes with three exclusive minifigures, Captain Marvel, Maria, and Goose in his Flerken form. It also features the jet and various weapon blasts. At $45 dollars it’s a bit pricy per brick. But looks worth it. 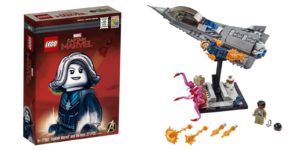 Next we have Batman, the Dark Knight, in an iconic scene as he over looks Gotham from on high, with the bat signal in the background. Coming in at 427 pcs, set number 77903 is more bricks than the Marvel one, though at $45 dollars, this is a must have for fans. But there are no exclusive figures given, just the box art and sticker for this one. 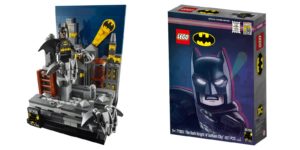 Also as an added bonus they are releasing an exclusive Batman Zebra figure as a separate collectable that we haven’t seen before. Again, an interesting figure, one that every Batman fan would like to get their hands on. 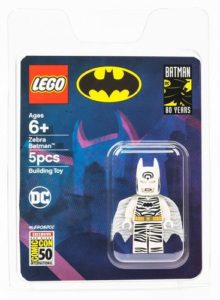 The Spiderman minifigure is that of Peter in his advanced suit. A really nice minifigure and a must-have for Marvel fans. 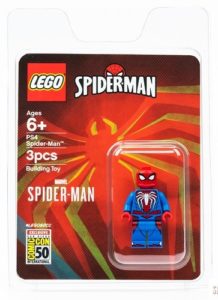 Then we have this year’s Star Wars set. The Red Clone Trooper Set number 77901, at 484 pieces, is a really nice set. This would probably end up being a show piece on someone’s desk more than anything else, but a nice effort nonetheless. 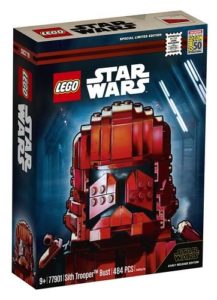 The last figure in this long line of exclusives is the one which has pissed people off, since they first announced it. It has to do with the popular TV series Stranger Things which is now on its third season on Netflix. It is the minifigure of Barb. Even though she didn’t survive season one, LEGO paid homage to her in minifigure form. 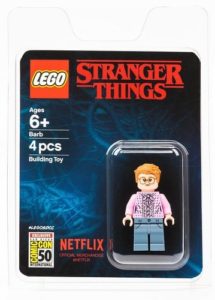 Again this is an exclusive LEGO minifigure, and the one figure that upset the many fans of Stranger Things.

The reason for this is thus: How can you expect us to pay up to $200-350 for a LEGO set to start your collection of the Stranger Things Upside Down house, when LEGO keeps releasing exclusives like Barb and the Castle Byers in limited quantities at exclusive events only?

I tell you, this is not fair, and not a good company policy either. It’s just a money grabbing exercise, nothing more, I have already seen these sets, Castle Byer for example, sold between $60-$250, and Barb between $350-$500+ . For a minifigure??? 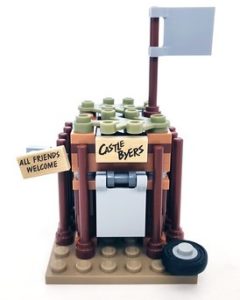 Is this the kind of message the people at LEGO would like to send to kids?

Thankfully, some very kind LEGO fan-base website called The Brick Fan have put the instructions and parts list up for those who are game enough to have a go and build this for themselves.

Mind you, exclusives are not only confined to comic-con. This has been happening since exclusives have started showing up. I singled this one out mainly because it appears here more so, and is widely publicised, but this has happened with Toys’R’Us, McDonald’s and many others. It is not a good message to send, and it drives both kids and adults away from buying LEGO products. I mean, how can you possibly start a collection if you have no chance in completing it?

If LEGO do decide to do something like this, they should at least release these figures / sets at a later stage, say, 6 months later on Shop At Home, giving everyone the chance to get these, rather than just a few.

Don’t get me wrong, I love seeing what gets released each year at these events, and although I’ve never been to a convention myself (demand for tickets can be quite high), I still get excited when I read the reviews of the people who have. Over the years, I have watched many exclusive sets come and go. The first one I remember was that of the Star Wars gift set with Darth and Ben in a duel scene. I think the box played the theme song when you opened it.

Ever since then, I’ve watched the progress of each set as conventions have come and gone. Some of these range from exclusive Star Wars scenes to movie sets like Indiana Jones, Pirates of the Caribbean, Marvel movies, DC Comics & most recently The Stranger Things. The characters arrive in pre-packaged cases and you already know they are limited to a few hundred the way they advertised. 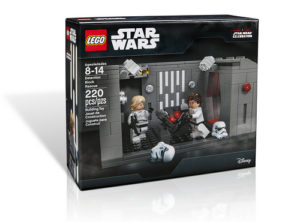 The Detention Block Rescue set from 2017 was really well done and detailed. But again, us mere mortals will never get the chance to have one due to its exclusiveness.

The most I ever got close to something like this was winning a Nesquik Bunny in a competition. I believe everyone should have gotten the chance to get him. 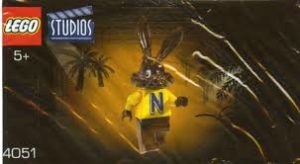 All is not lost

It’s at times like these that you gave praise to the people who make and sell custom figures of these, like Minifigures.com and FireStar Toys. If it weren’t for these guys, we wouldn’t see their likes. They are reasonably priced, too, and to all intent look the part. Some are even close to the actual exclusive LEGO minifigure, but at a much cheaper price, given what they sell on eBay.

I actually have bought a few of the Doctor Who ones like Tom Baker, and to me you would have a hard time getting better. 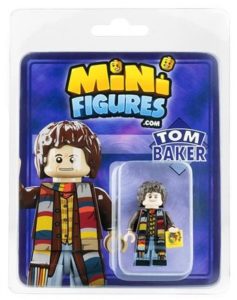 I trust I have not put people off collecting, as it was not my intention. It was to send a message to LEGO, that we would like the chance to have these exclusive LEGO minifigures / sets too, and it would be in their best interest to consider releasing these maybe 6 months later after the convention has finished so that it gives everyone and not just a select few in obtaining these.

After all, we are all buying LEGO, not just a select few.

I have watched in awe at what some of these exclusives turn out to be, and it makes me angry when you can only look at these from afar. I especially like the building sets, like that of the Detention Block Rescue, and more recently the Batman Dark Knight. These should be available to everybody, don’t you think?