It is probably worth considering what sort of LEGO figures are out there which may be worth collecting. Probably the easiest figures to start a collection are the Collectible Minifigures (CMF). In total there have been thirty-two collectible series to date; in addition to the nineteen non-franchised series, there have been:

It is worth collecting these LEGO figures because they are not repeated once the selling period is over; the figures then become harder to find; increasing their rarity and of course their value. If you are buying with the intention of reselling, then having collections of will increase the overall value. The Wizard of Oz figures are only part of the Collectible series, but it makes more sense to sell a complete set than only a couple of the figures.

Is there a bargain in the attic?

There are some obvious locations for obtaining standard figures such as eBay, Amazon and Firestartoys; but other locations will include car boot sales, thrift or charity stores. In addition, there is always the option of buying the complete LEGO set just for the figures! Plus check that toy box in the loft space; some rare figures have also been found up there, boxed up amongst all the other toys.

I’ve been playing with LEGO since before the minifigures where released, so I was particularly pleased to get the Policeman in the CMF series 18; it meant I was able to display the new figure with the original!

So, what’s it worth?

This is always a subjective question because it really comes down to what someone is prepared to pay! I certainly would hesitate to buy Quicky at the costs I’ve seen on Bricklink (which was about £35GBP). Sites like Bricklink and Firestartoys are useful for judging the going rate for the figure if it’s available. 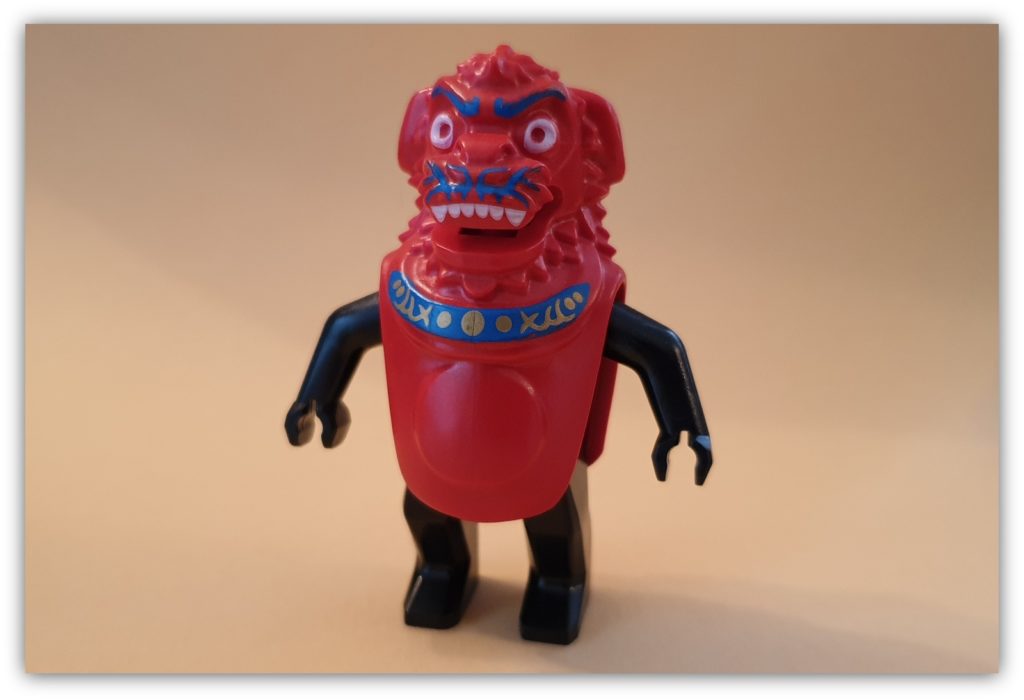 As an example of this, I bought the above figure at a little seaside collectible shop; when I got back home and tracked down the figure I discovered that I had spent about £2GBP over its worth. Whilst this not a lot of money it was a little frustrating that what I had thought might be be rare and valuable was not; but, as I had not seen the figure before it has become an unusual figure in my collection. 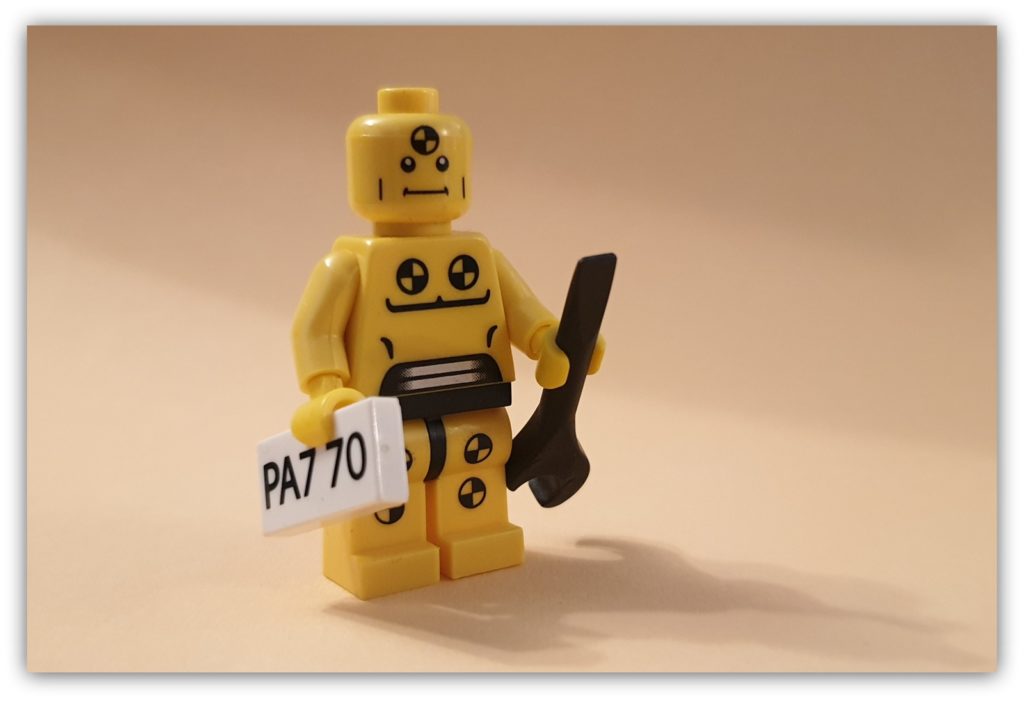 Additionally, the longer you have a figure then (in theory) it will become more valuable. The original CMF Series 1 figures sold for about £2.50GBP each. I note that the Demolition figure is available on Firestartoys for £14.95GBP; a near 600% increase!

To return to the value and cost for a moment; the value of a figure is dependant on many factors including demand. When LEGO opened their flagship store in London, they released a limited number of “Lester” minifigures which were obtained through a scratch-card lottery system. I noted that some were immediately put up on eBay for many hundreds (if not thousands) of pounds.  When writing this article, I note that there is Lester for sale on eBay for just over £2,500GBP.

Now whilst having an original day-of-opening figure may be cool, about a year ago LEGO released Lester as a Polybag minifigure and is available in the London store for anyone to purchase. This release, in my opinion, has now devalued the worth of the initial release figure, especially if it was taken out of the packaging!

I mentioned earlier the use of Brinklink to work out the value of a figure; a principal factor is the state of the minifigure. Whilst “Brand New In Box” (BNIB) is the obvious goal, very few LEGO minifigures are sold on their own in their own box and in my opinion it is only recently that LEGO figures (and sets) have started to become a collectible commodity (if I had known when I was younger I may not have just had one big box!). 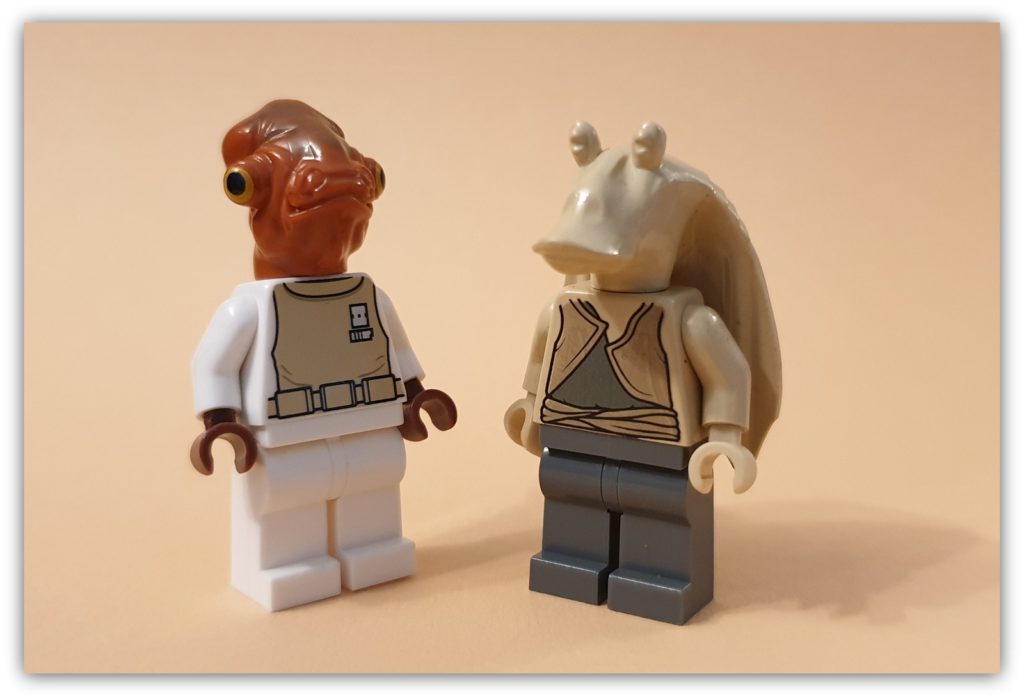 With the rise of franchised series, such as Star Wars, collecting figures rather than playing with them has become more common place especially as LEGO is now encompassing the adult market more than ever before (okay, may be not “adult”, but older with their own money!)

For this article, I have focused on figures that might be considered a standard release; that is in reasonable numbers. However, the more interesting market are those figures that are in small releases. This might include the very limited releases at the San Diego Comic Con, but also in the more limited art markets.

Above are a collection of figures that I have which are certainly rare, but their value (should they go to market) is a more challenging prospect.

The top left is a LEGO Mechtorian; these were designed by the steampunk artist Doktor A. The body and legs are standard LEGO parts; the head and hat are custom parts created by the designer and artist Guy Himber (trading as Crazy Bricks).

Top right are two figures that I created; the Warner Brother’s Marvin the Martian is all standard LEGO parts (as is the South Park Kenny); Marvin’s hat was coloured using Sharpie markers. The skirt is damaged because it was badly packed recently. Kenny’s hood and body are painted using an enamel paint; as it dried it created a softer outline. The “dead” head is a custom head from Citizen Brick.

Bottom left is a figure from Firestartoys using standard parts creating a very non-standard LEGO figure; finally, the bottom right figure is a non-LEGO Mickey Mouse with Captain America printing. Whilst this last figure is “fake” LEGO, anyone collecting Captain America, Disney, or Mickey Mouse might find this figure appealing.

Typically, art figures will be significantly over the cost of the standard minifigure. This creates its own issues as much of the buying public still see LEGO minifigures as toys for children rather than four brick tall pieces of art, no matter how they are packaged and presented.

So, what’s it worth?

I mentioned earlier that the worth of any figure is dependent on the person buying it and the reasons behind it. If you were missing one figure from a collection (for example, all the variants of the Batman minifigure) then you might be prepared to pay higher than normal.

But for me, the value of a figure should be the difference between price bought against price sold. I’ve already mentioned the increase in price for the Demolition Dummy, so I’ll use that as an example. My figure cost me the £2.50 from the original release. If I managed to sell it at the same cost as Firestartoys (£15) we can calculate that its value is in fact £12.50 – the increase in saleable value.

However, if I bought the figure at £15 and then sold it for the same its value is £0 – there is no increase at all. It could be argued then that the figure is in fact worthless! I can look at the value of Quicky and see that for me, it IS worth about £30 value because I bought it for virtually nothing (and mainly because it was part of a bundle of other LEGO that was worth more than the £10 I paid in itself).

So, is collecting LEGO worth it?

Collecting anything is a fickle business. My parents collected porcelain figures for years; although they have some value, they are not collected with the same enthusiasm they once were, so the resale market is quite small. The resale market for LEGO is there and growing, but with the ease and accessibility to information about figure values, availability etc any chance of a decent mark up on resale is much more limited than it once was.

In my opinion, collecting LEGO should be all about the fun. I love my collection of figures; not just the ones that I have on display in my office, but also the ones that I have in one big plastic box and the ones that are in my suitcase and briefcase that I take everywhere with me in case I get an urge to take a toy photograph somewhere. That to me is what collecting is about; having things to appreciate and enjoy them in a real, tactile way, not to have purely in the interests of reselling them.

What’s your view on this? Do you have valuable figures? Did you buy it to resell it or to enjoy it?

Summer Minifigures: Fun in the Sun