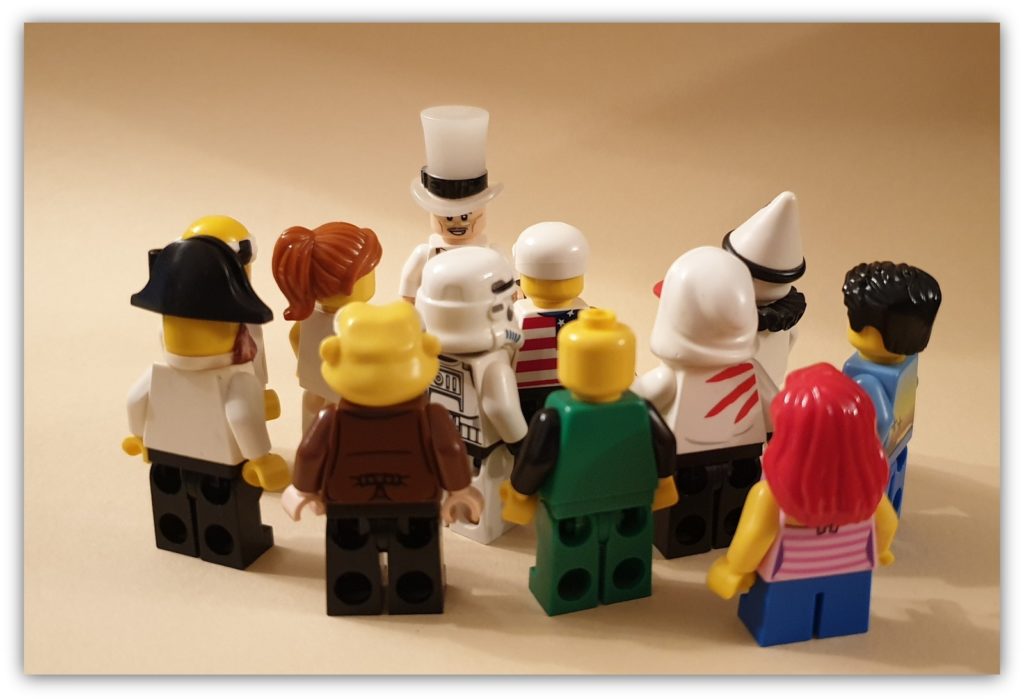 If you are working on a model LEGO village, or just have a LEGO shop, chances are that you’ve probably thought “I need more minifigures”.  In this situation of course I’m not talking about specific collectible figures; whilst you can never have enough Storm Troopers, having a second Darth Vader is probably one too many. Especially in a Heartlake bakery. In this article I’m going to look at how you can expand your LEGO minifigure collection without just buying more LEGO construction sets.

If there is a LEGO store nearby to you then you have possibly the best initial source for figures – the Build-A-Minifigure station.  These stands allow you to select all the elements to make three minifigures with an accessory. Depending on your store, what parts are available will vary, so you can’t go in thinking “I want to create three pirates” because you may end up coming out with a policeman, a clown and a chef-firefighter with a peg leg. 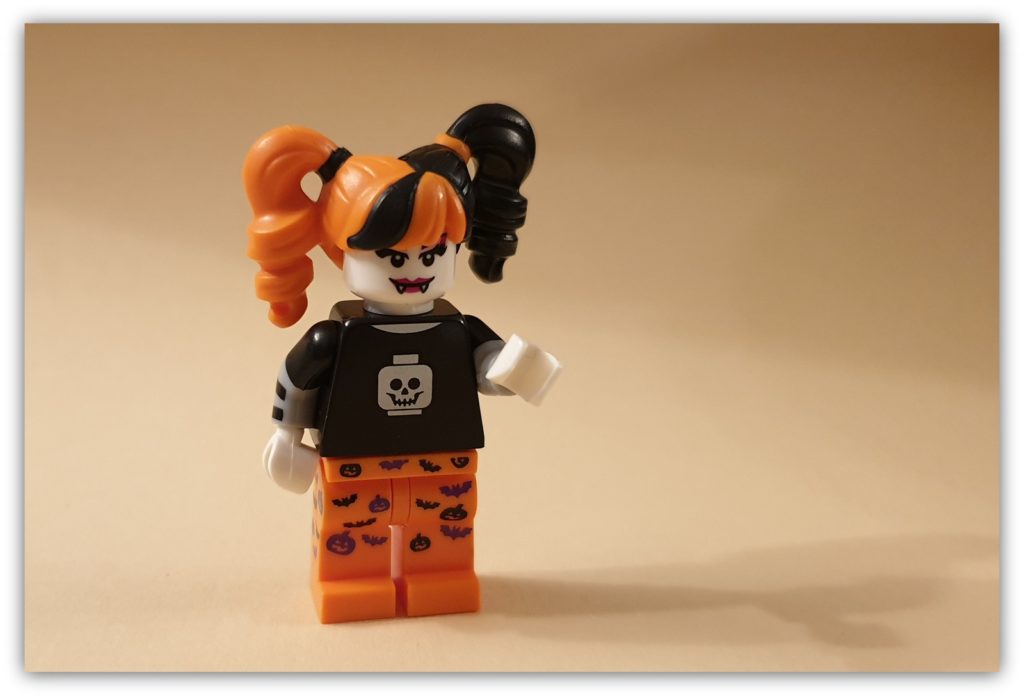 I have noticed that LEGO have started to release small batches of “special” parts into these bins, so it’s worth watching “the socials”. Whilst I missed the pink elephants released earlier this year, I did manage to get the Halloween parts which were quite fun. 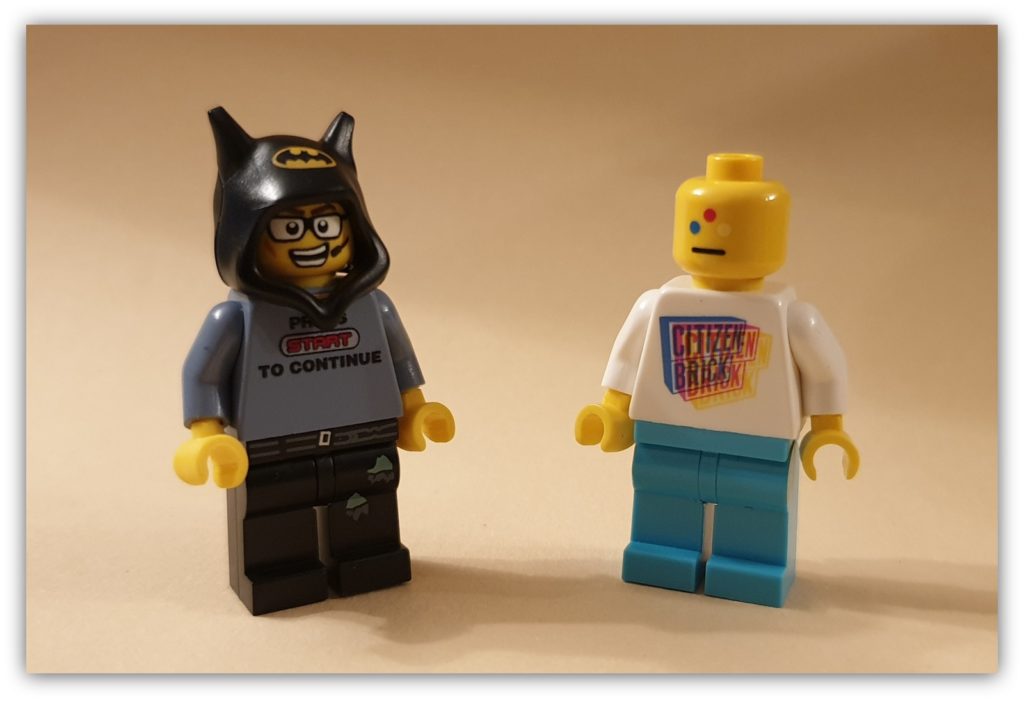 An alternate route to enlarge your LEGO minifigure collection would be to use online shopping websites.  Bricklink is very much a key resource for those collecting figures or specific parts; typically, somewhere in the world someone is selling the figure or component that you need.  Additionally, some traders will sell you large quantities of figures (or parts) so you can quickly recreate your mob scene.

My personal experience of Bricklink has been positive; the biggest challenge is that it’s not unlike walking into a sweet shop when you’re hungry; five minutes later and your shopping cart has loads of items in it and you only wanted a green brick!

eBay is similarly a good source for figures although you are much less likely to be able to buy in bulk.  I would also note that it is far easier on Bricklink to compare costs across the sellers; it isn’t always as easy to be able to do the same on eBay.

Outside of these sites, you could always go to a parts re-seller directly.  The obvious example is LEGO.com, where you can order exactly what you want and get brand new parts.  The alternative is Firestar Toys.  As well as holding a huge stock of standard LEGO parts, they also have a stock of custom parts too.  I love this because it means you have a far wider scope of available parts; this will allow you to really create your own unique collection of figures. The figure on the left in the above image was wholly sourced from Firestar Toys.

I am a regular visitor to charity shops and car boot sales.  Whilst this is a very unreliable source for minifigures, I have been quite fortunate that I have been able to increase my LEGO minifigure collection at a very low price point. In these shops I have also found a LEGO car from the 1970s; as well as a rare Nesquik bunny minifigure in amongst the bricks.

Unlike clothes in charity shops I would not like to assume the cleanliness of LEGO from these locations; I always run these parts through my washing machine to get the “unknown ick” that might be on them! 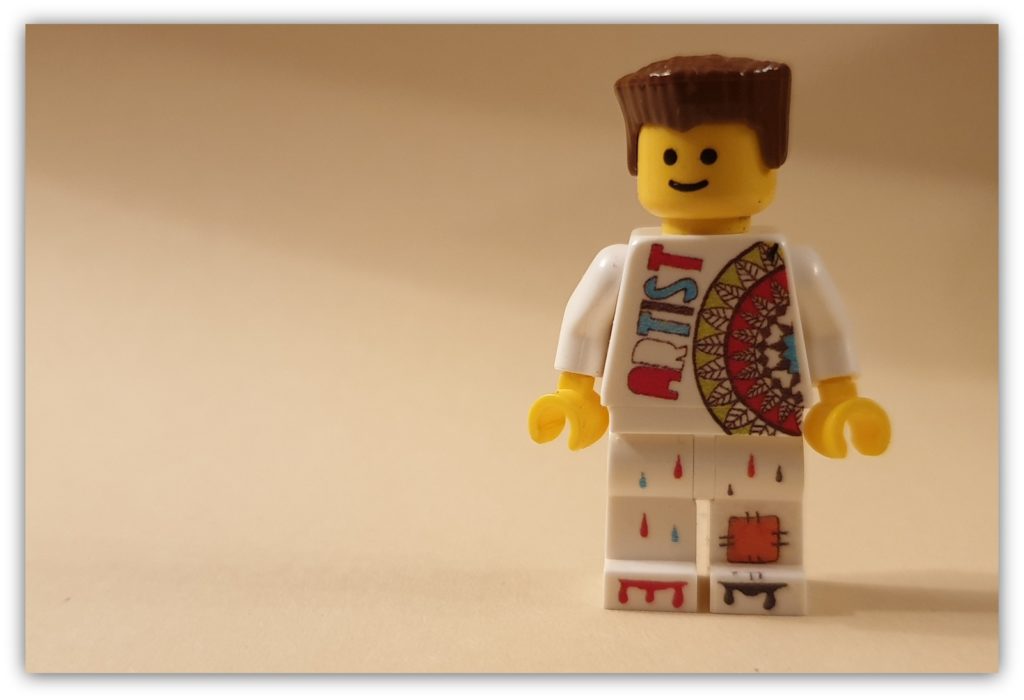 Although custom printing is not always the cheapest solution, this is also a route to getting more figures. Custom printing can be exclusive short-run prints (such as the Citizen Brick figure in an earlier image), or can just be something different from the standard (the torso print on my earlier Firestar Toys figure). Some companies will also offer the opportunity for you to create your very own one-off creations. The figure above is such an example; this was drawn by me and printed by minifigs.me through their “Doodlefig” offering. 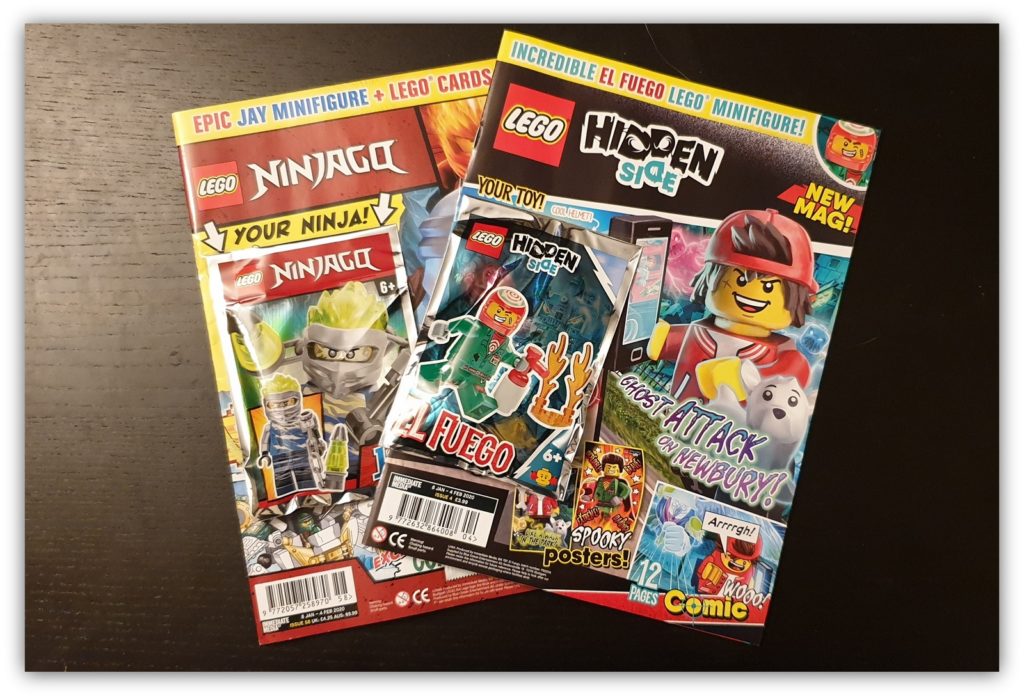 One source that I keep going back to is the LEGO comics.  These are released on a quarterly basis and themes now include: Star Wars, City, Friends, Ninjago and now Haunted House.  On each release there will be a foil bag on the cover with typically a minifigure in it.  Friends and Star Wars do seem to split this toy distribution so sometimes you will get something brick built to interact with rather than a figure (for example a bakery, or a spaceship).  Occasionally though, these magazine double up on the figures (and on a recent Ninjago comic, had three figures).

Whilst the price point for these comics is generally around £5 there is a need to be mindful that this isn’t just for the figure; the comic is also comprehensive and fun too with stories, games and puzzles.

Above: Cartoon image from the LEGO Ninjago comic

The last source that I could think of was actual LEGO sets.  In the last few years, I have noticed that LEGO have released sets that have lots of figures and a reduced amount of building.  These have been boxes and blister packs.  These are reasonable in terms of price and a great way to expand your LEGO minifigure collection. The example above is set no. 60153-1, People Pack, Fun at the Beach.

My Own Citizens of Legolandia (a made up place)

I’m not sure how I managed to collect them, but as I wrote this article, I realised how many minifigures I now have; both collectible and not.  In many cases, those I have put in the “non-collectible” boxes have had their parts swapped about to allow me to create the figure (or figures) I needed for a particular photo scene.  Additionally, in the same box there are many spare heads, bodies (and just arms or legs!) as I have further adapted figures.  And I know that all these figures have come from the sources that I have listed above!

Do you have any sources where you get your figures from, which wasn’t listed above?  What’s your experience of buying spare figures?  Let me know in the comments!