It’s Life Jim, But Not as We Know It

Over the many years I have been collecting LEGO there has always been one mystery that has eluded me: what is the history of the LEGO minifigure? Who created it, why and when?

Hopefully I will answer most of these questions momentarily. The minifigure, whether it be an action figure or just a lump of moulded plastic from a cereal box, has always been a source of enjoyment. Ever since toys were first made there were lead soldiers which turned into plastic soldiers when the material became available.

Kids loved playing with their toy soldiers. Adults, too, had large collections. These were, in turn, handed them down to their kids and so on. Therefore it came to no surprise when LEGO became popular, it seemed to be lacking something. You guessed it: the minifigure!

If you look at the history of the LEGO minifigure, the first attempt at making them wasn’t that great. They came up with the idea in the mid-70’s, 1975 to be exact, by Nygaard Knudsen and a team of designers who made around 50 different prototypes.

The figure had four moulded pieces and stood four LEGO bricks high. It didn’t have much articulation, and didn’t do much at the time for the imagination, but it was better than nothing. 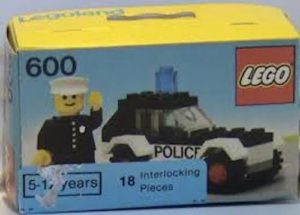 It would be two months later that LEGO’s first female minifigure would show up in the form of a nurse. As occupations go, LEGO followed a strict rule: no soldiers, or anything associated with war. Therefore, the first main characters produced where that of Policeman, Fireman, Doctor, Nurse, and Spaceman followed closely a year later with town’s people.

The first minifigures came fully assembled,  and then later it was decided to let the kids put them together. After all, as part of the fun of building any set is putting things together!

The LEGO minifigure today is made up of 9 main parts, of which 7 of them are moveable. They are currently made from ABS plastic which stands for “acrylonitrile butadiene styrene”. Basically it means hard durable plastic. With the introduction of the hands, more accessories were added just for the minifigure!

There have been many advances in the years that followed in the world of the minifigure, for example: the printing techniques have improved in recent years so that the transfers on the bodies no longer fade or rub off as easily as they first did. This also explains why the minifigure is the most expensive part of the set. Though in some sets the figure has been shown (on eBay at least) to be worth more than the set! 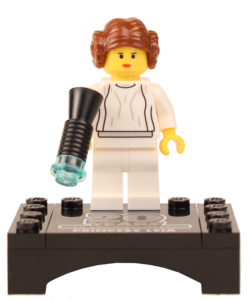 The first minifigure that seemed to be prized solely for the collectable value was Princess Leia. The first Star Wars Millennium Falcon (7190 released in 2000) had a retail value of $100. Shortly after, due to shortages of the sets, the minifigure of Princess Leia herself was selling at $100! The Greedo minifigure followed this trend shortly after at around the same price in 2004. The most expensive LEGO minifigure ever made? The prize goes to a 14K gold C-3PO which is said to be worth $200,000, of which only two were made for the Star Wars 30th Anniversary contest. I know I didn’t win it. Did you?

Many minifigures within various themes have been made in the history of the LEGO minifigure. These range from cowboys and Indians, pirates, vikings, knights and wizards, explorers and adventurers and many, many space themes, just to name a few. But, none would mean more to collectors than those minifigures made of the movie Star Wars!

In 1999 LEGO Star Wars was finally released, and fans from around the world went crazy for the figures. I know, I was one of them! I had originally collected the Kenner 12″ Star Wars figures when they came out, so it was heaven-sent when LEGO finally released their version of the ever popular action figure.

They didn’t have many when they first came out, as it was mostly just the main characters, but as you well know, history was about to change! We know now there are hundreds of LEGO Star Wars minifigures!

So it proved that minifigures from movies and tv shows could be even more popular if they are made out of LEGO. The rest is history.

Though not all had success we had Indiana Jones, SpongeBoB, and the Simpsons. These did well, but other themes such as the Last Airbender, NBA, and Speed Racer weren’t as popular. With the release of the big blockbuster films like Harry Potter and Pirates of the Caribbean, new life was brought to older themes. Pirate ships, wizards, witches, and dragons where now new again and in fashion! It wasn’t long before the LEGO world was rocked again by the release of the DC universe’s “BatMan”! This was now the icing on the cake. These became the must-have of sets.

Unfortunately, I don’t know what happened next, but as soon as these sets showed up they where gone way too soon and so too was the chance of getting any. I never understood what was the reasoning behind that, but after that, I left the collecting of figures to others for a while. 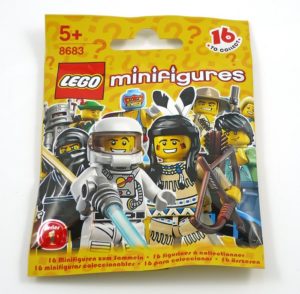 That was until 2010 when LEGO announced the first of many single minifigures that I started collecting again. These new minifigures consisted of 16 blind bags in which you would get a minifigure. The themes would change as each new series was released, twice a year! Anything from circus, caveman, sport, space, cowboys, ancient times (Greece and Rome to name a few). We also had zombies and other creatures!

The list was endless. LEGO also included specials like the “Find Mr Gold!” in series 10, in which you purchased to see if you could find a gold version of one of these in a set, and one was actually made of gold! LEGO also made a national football team in 2016 for the UEFA European Championship, where Germany’s 2016 squad was made into minifigures. There was also an Olympic team, although I think there was only 9 figures in that collection.

Then fans could collect the tie-in’s: LEGO Movie 1 & 2, LEGO Batman and the other movies like Harry Potter, Toy Story & the Simpsons. These would prove very popular and once again LEGO was a winner! But this didn’t stop them from producing their own themes, such as when Dimensions and Ideas were released. Different TV and movie themes started to show up, everything from Doctor Who, Back to the Future, A-team and Knight-rider, again, just to name a few!

By then it wasn’t uncommon to see new themes on the horizon. LEGO fans had Scooby-Doo, Flintstones, Teenage Mutant Ninja Turtles, the Lord of the Rings and too many others to mention. Each of these new minifigures no doubt required new moulds and better sets to display them. And to think this all started because we needed a humble LEGO minifigure!

But not every minifigure gets made, as long time collectors well know. Some never see the light of day, which is when we turn to the customisers. These are a great bunch of people who turn our dreams into realities! Companies like FireStar Toys who help keep the minifigure dream alive and provide us with the means of producing figures we are never likely to see.

Without these companies we are at the mercy of LEGO designers who make the decision for us. To them I say: “Keep up the good work!”

A Critique of the Upcoming LEGO CMF Series 19