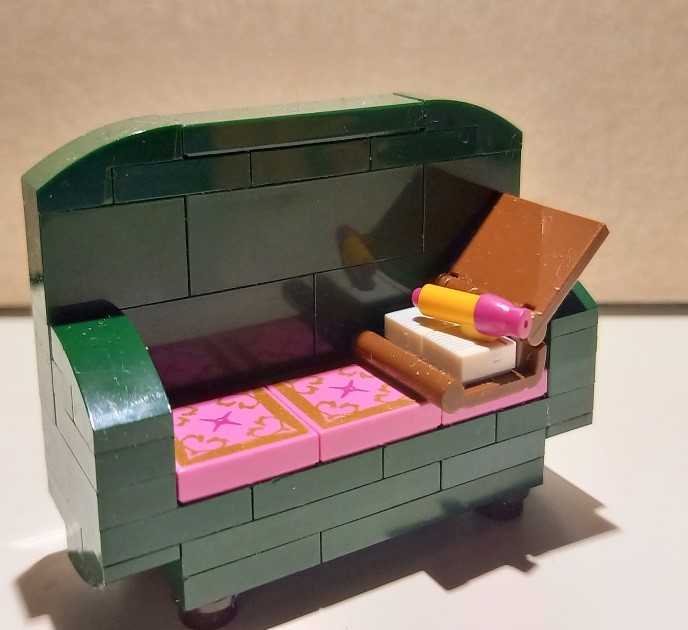 No, not the number of people in the world in *1974… well, at least not the human one, but, in the LEGO world, and more precisely the world of LEGO minifigures/minifigs.

Where else on earth could you imagine having ABS made minifigures in circulation since 1978! Yes, this is year marks the 43rd anniversary! Yes, I know what you are thinking, that no-one celebrates 43 (or 44 for that matter), but, 50 years… it has more clout and even for marriages is a milestone. But, 43 is still significant and worthy of note.

To avoid waiting another seven years for the half-century, I would like to write now (and why not, in seven years’ time!) about why minifigures are so important and award-winning (remember that LEGO was/were named the ‘Toy of the Century’ twice!)

Let us not forget that LEGO started making wooden toys. 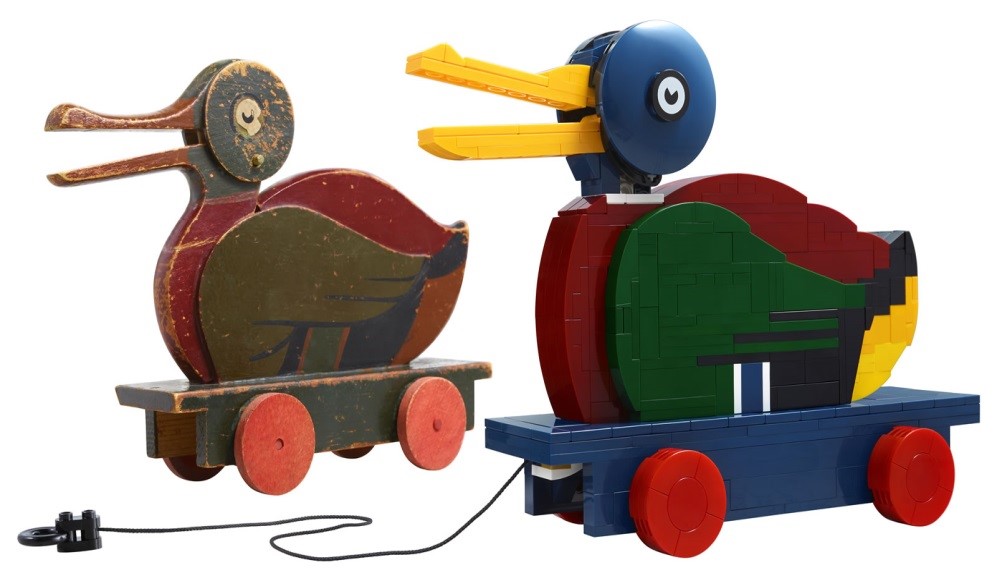 It’s incredible to believe that over 4 billion official LEGO minifigures are owned by a large portion of the 8 billion people who currently inhabit this home we call Earth.

Since the late 70s, the figures have evolved, found a niche in modern movie culture (not just toy culture) and graced our homes as fast as the human race has increased.

It is hard to imagine any big blockbuster film today being released without the support of any well-chosen LEGO models; buildings, structures, vehicles and vessels, as well as, associated minifigures which add value and bring everything to life.

Why, I ask myself, am I talking about LEGO Minifigures?

Well, firstly a) if I didn’t know what to say then this ‘paper’ would indeed be more of a pamphlet/leaflet size than a decent 1000-word essay, and b) to cover the subject of minifigures in one written document (or paper) would clearly not be good enough as it deserves more … much more time, energy and ink.

Therefore, to cover both a) and b), or to kill two birds with one stone, I will endeavor to write an essay on my initial thoughts on minifigure evolution …

Before I continue, I would like to add a third point, c), as I would not like to scare off any would be reader from seeing the word essay. Perhaps, I was too traumatized as a child from overly writing something to death, having to respect a certain word count, and writing much about nothing which was sometimes the case. But no, my friends, I promised to write a decent ‘first’ paper (essay) on my thoughts on minifigures, and that is exactly what you will get …

As much as human beings are diverse and different from country to country, continent to continent, so are minifigures from year to year, (LEGO) series to series.

With so much choice available in terms of hair (or even no hair), heads, (with varying expressions, facial skin colours and tones, facial scarring, bandages and other ‘looks’), torsos (ranging from basic ones with plain colours, elegant suits, dresses, medieval chainmail, military uniforms, casual clothes, (even)naked torsos!! … ), coordinated legs with designed shoes, boots, etc., and accessories which include headwear, bodywear, tools, weapons, objects of beauty…. And not, forgetting the possibility of printing and fully customizing parts anything can be, and is, achieved.

Can an official film (‘The LEGO Movie’) or a non-LEGO film supported by special LEGO sets, be a success without minifigures?

It depends on the film, but I would say that LEGO has become so huge that were it to become even huger, then it would need to move to another planet as its ‘Universe’ is just so big, endless and perhaps beyond the imagination of a mortal man or woman. So, with this in mind, and recognized by Marketing/Sales/R and D/et al for its apparent qualities to attract, persuade and help promote and advertise, the answer weighs heavily towards LEGO based minifigures.

We must not forget that LEGO executives once had their own minifigure with contact details on the front and back instead of traditional business cards.

Nothing new here, but again, we should never underestimate the power of the brick (well, minifigure that resembles the holder). 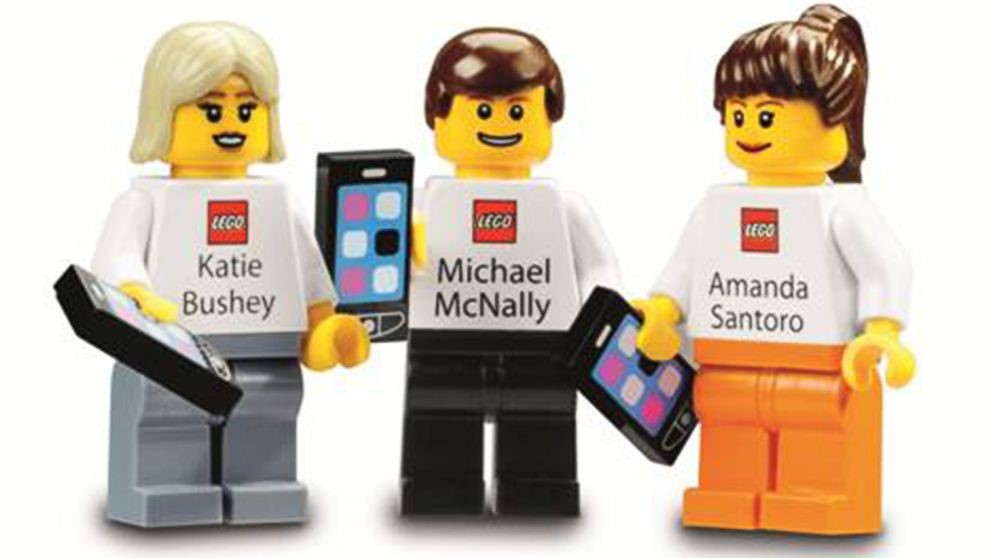 As a rare and valuable object

The Boba Fett minifigure boxed set which included one in pure 14 carat gold with a price tag of more than £8,000 is not to be sniffed at.

And, as only two sets were ever given away their value (and even more if the boxed set of three figures; gold, silver and plastic is not opened) will surely rocket like ‘Slave 1’ into space. 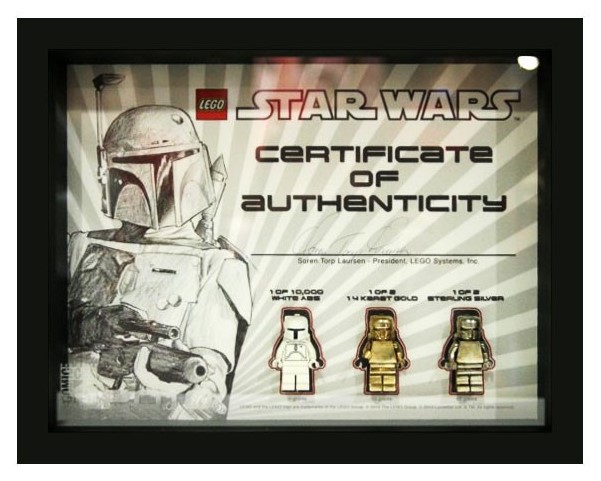 The final word on this paper is that minifigures can be used independently of sets and props, to adorn a bookshelf or glass cabinet, to serve your imagination to the fullest, and to be kept and admired.

1932 from carpentry group to plastic automatic binding bricks in 1949.

Reinventing the (LEGO) ‘wheel’ in 1962. Here is a photo from the Brighton Toy and Model Museum in England. 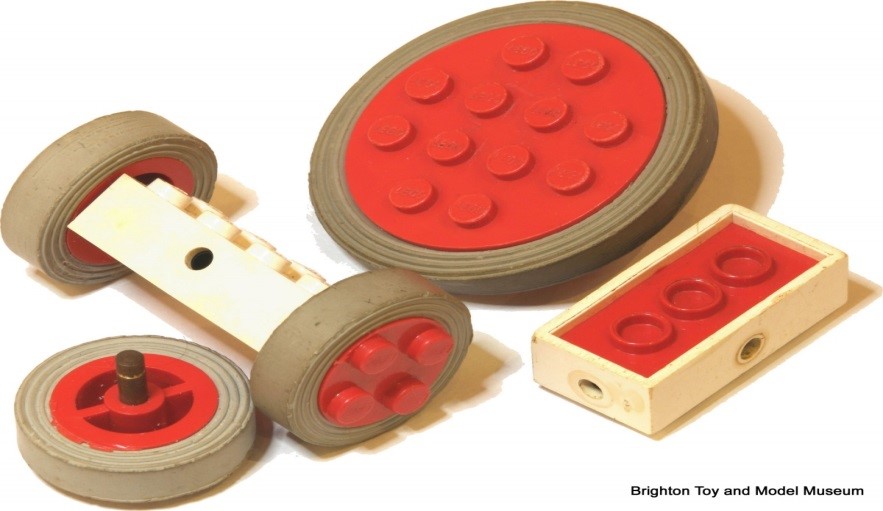 This ‘wood’ (pun intended) seem to indicate that they were going round full circle. Back to their origins in some ways, but we know that the brand has diversified, increased in popularity generation after generation and become a living and breathing monster in only the best sense of the term. 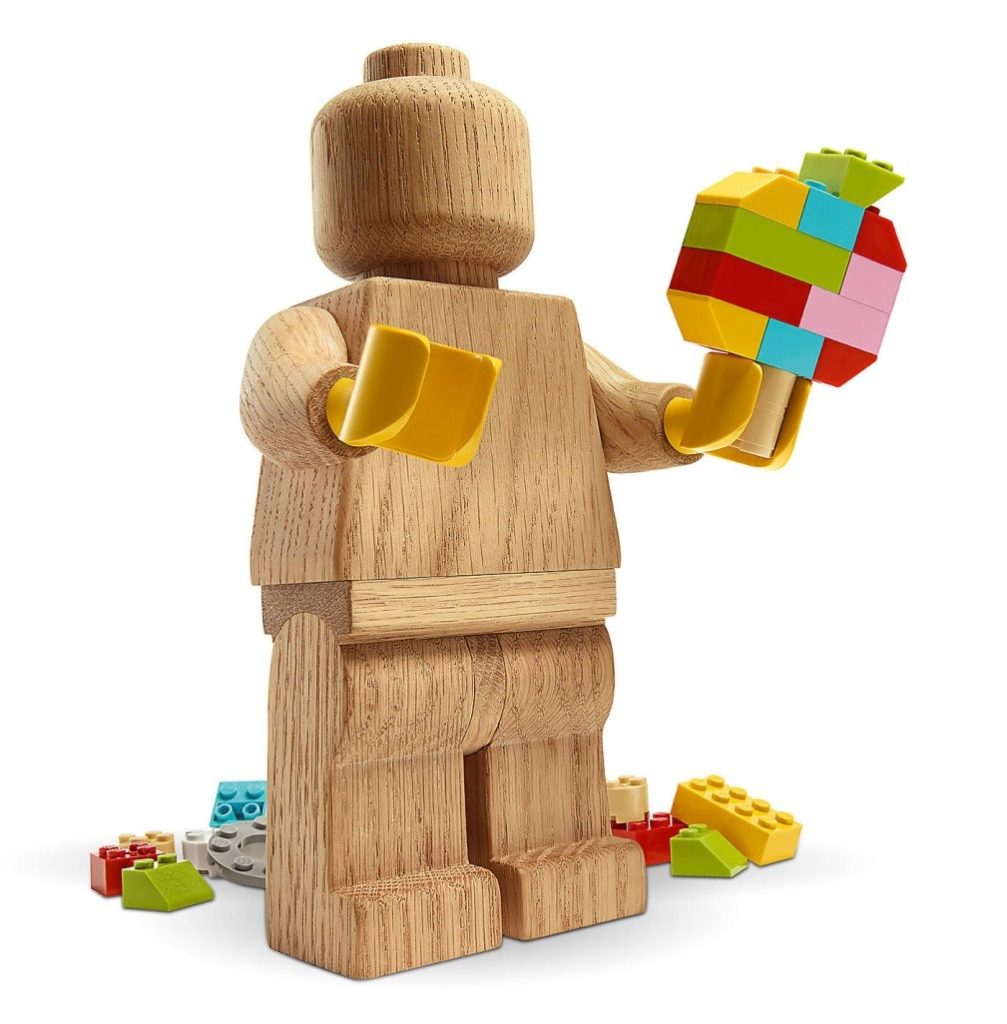 With so much uncertainty in the world today, it is humbling to know that we can always rely on our bricks and minifigures to take us into ‘a different and more certain world.’

LEGO is really for life, and unlike a dog (as in the saying) doesn’t need a litter tray, food or to be taken out twice a day.

To finish this paper (well, in fact it was written on my computer, but I think you understand what I mean), I have been playing around with the four letters, in order to, come up with a simple, catchy acronym, and one that is, or purports to be easy to remember (and which is wholly true and, on the nose,).

Please let me know what you think, if you can propose a better G as I am not convinced ‘gaming’ is appropriate or that ‘great’ is great enough:

A Lifetime of Endless Gaming Opportunities , Or

LEGO is = Leisure, Education, Great, Open to everyone , Or

To have a Limitless EGO …

* Incidentally, the population of the world in 1974 was around 4 billion (source: Wikipedia).