When I first started thinking about this LEGO wishlist, it was the many different assortments of minifigures that drew me into buying sets rather than the kits themselves. The more exclusive the minifigure range, the better the subject, whether it was one of the many LEGO themes, a popular TV show or from one of the many movies around at the time. It didn’t matter, as long as it had a figure that looked the part, I was hooked.

Indiana Jones, Pirates of the Caribbean, Star Wars, we all had our favourites.

In the end, I acquired quite a large amount of figures due to this, but no matter how many I collected over the years, there was always one elusive figure escaped me: The one they never made. So I set about thinking – was there a better way?

Of course there was. See if someone else could make it!

Before this, some minifigures were so rare, it wasn’t funny. They mostly came in very expensive sets (a clever ploy done by toys companies to jack up the price). I never was impressed with that! For me, I always favoured a set of figures, rather than just one. Mainly because one figure says there is still more to come, but it could be a long and expensive wait, whereas a set of figures says, here’s the set, now go and collect!

It was a good day when LEGO finally decided to release the blind bag series. It was even better when they followed this up with special set versions, like the LEGO Movie, LEGO Harry Potter and the LEGO Batman Movie. So much so that when LEGO announced a second series of the Batman set, these where snapped  up as soon as they were released.

So it goes without saying that there is some merit in releasing a minifigure set over a single figure version. 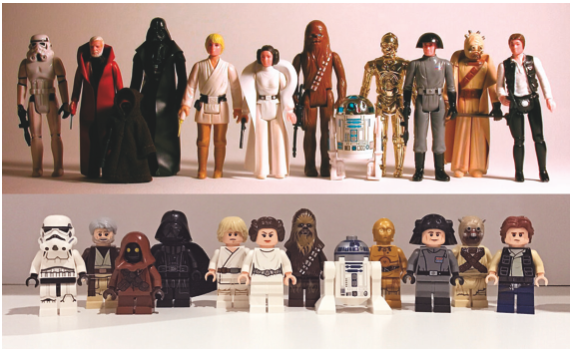 Not that LEGO has always done the right thing. Take when LEGO Star Wars was first released back in 1999. They had the perfect opportunity to cover the 12 main figures (originally released by Hasbro), which, to their loss, they opted not to. Even though to this day the Hasbro figures had already proven it was a great collectable set. Instead, it took many Star Wars LEGO sets for collectors to obtain the 12 main characters. Years later when it was more fashionable to release figure sets, they still choose not to. Why?

I later learned that the main reason behind this was because Hasbro has the Star Wars license when in comes to releasing minifigures, so a set of LEGO 12 just isn’t going to happen. Still, this would be one of the series of minifigures I’d like to see.

I think it has a great chance to be a bestseller and if the baseplates were included like in the 50th anniversary sets, even better.

Another series which I think has a good chance of doing well is the Doctor Who series, whether it be the various incarnations of the Doctors or the villains, there is enough subject matter to cover the 16 figures, and some villains as well. 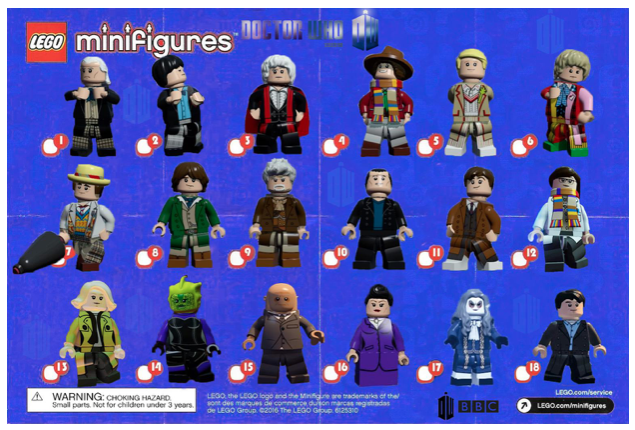 The sheet above was fan made such is the popularity of this series.

It is a series that’s been on going since the late 60’s and has quite a cult following. Not that LEGO has  given this much thought, more like the fans have helped it along the way. Take the Ideas set of the Tardis and console room for example.

This was a Doctor Who fan who brought this to LEGO’s attention, not LEGO.

It was only the introduction of the LEGO Dimensions game that many of the fans got a small taste of what characters could be possible. And although there were a lot of possibilities  brought forward by this game, only a few were explored by LEGO in two add-on sets supplied for the game, though the game has since been cancelled by LEGO.

The rest were made by customisers out there. I know, because a bought as many as I could afford, like this one sold by FireStar Toys. 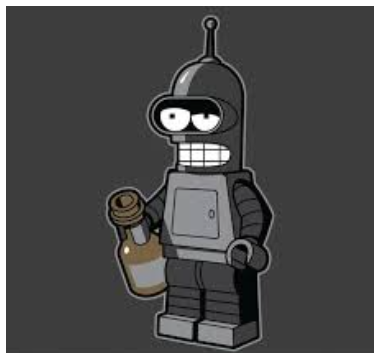 Yet another series which I thought was long overdue for a minifigure set was that of a TV series called “Futurama”. It’s not asking much, since LEGO had already produced a version of the Simpsons characters, this should be a piece of cake. I mean, who doesn’t want to see Zap Brannigan and Kip in minifigure form, along with the rest of the gang? And again, there is more than  enough subject matter to cover the 16 figures, should LEGO decide to manufacture this.

Update: Turns out a LEGO Ideas set, “The Planet Express Ship” has just reached 10,000 votes. Although no figures were shown, there is room for 3, so you never know. 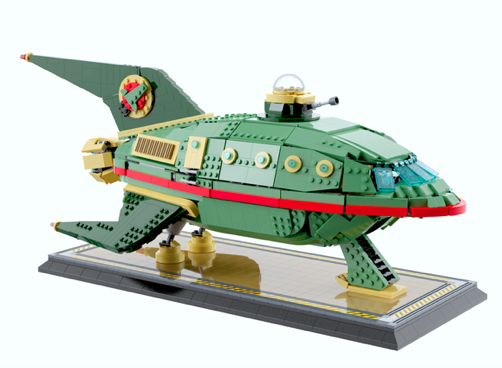 In many ways LEGO has always shied away from making larger figure sets until recently. Before, most minifigure sets consisted of 3 to 5 figures in a box, some examples of these have been Pirates, Union Soldiers, City Folk, Rock Raiders , etc. They did try to make small Star Wars 3-pack sets, but this was short lived. I think only 3 sets were made…

This has left the job of the unusual and obscure minifigure manufacturing, up to the customisers out there, sites like FireStar Toys and Citizen Brick are always happy to oblige, though they can’t always cover everything.

So this is where the LEGO community steps in.

There is always some LEGO customiser out there who will come up with an alternative for a minifigure. Using common parts usually takes a couple of weeks, whereas the waiting time on a figure like this is 12 months. Most likely, it may have to do with licensing, but what I do know is that popularity in TV series and movies is growing. And the minifigures, well, people love collecting them.

Still, there are other non-licensed themes out there that shouldn’t take that long, one such theme being a Christmas one.

I’m surprised that LEGO never did this. They do the odd advent calendar every year, so this should be a no-brainer. It could include the likes of Santa, elves, snowmen, Carol singers, then followed with a more traditional Christmas to include  Scrooge, Bob Crotchet, Tiny Tim, etc.

Just as a matter of interest, FireStar Toys already have made their version of Scrooge, along with a copy of “A Christmas Carol”. What is more Christmassy than that?

Meanwhile, in the latest blind bag series, the biggest news that’s doing the rounds, is what is coming in 2020. What has been posted is, there is going to be a DC Superhero series in the early part of next year followed by, a series 2 of the Harry Potter figures! I think this is going to be very high on most collectors wanted list, mine included.

The only draw back to this is that there is also going to be a price hike on the bags. Bummer!

But when you look at what goes into making these is it no surprise this hasn’t happened earlier?

I could list themes for LEGO minifigures here till the cows come home. But the bottom line is, I listed 3 based on popularity more than anything else. LEGO has acquired many licenses over the years so it would be no surprise that they could actually make one of these without hurting the bank too much, given that fans can only hold out for so long.

It is no surprise that customisers are making a killing on producing figures like these. I for one, love the fact that every now and again a LEGO customiser will come up with a figure that though made from common parts looks almost like something LEGO would produce.

I hope the people at LEGO one day look back on this and think why they didn’t think of that!

This example below is one that a Harry Potter fan created. 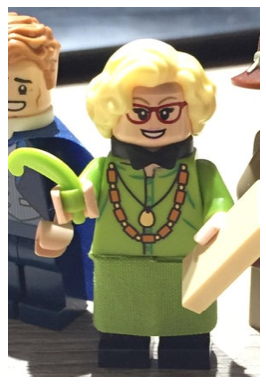 Which Harry Potter Minifigures are Rare and Why?